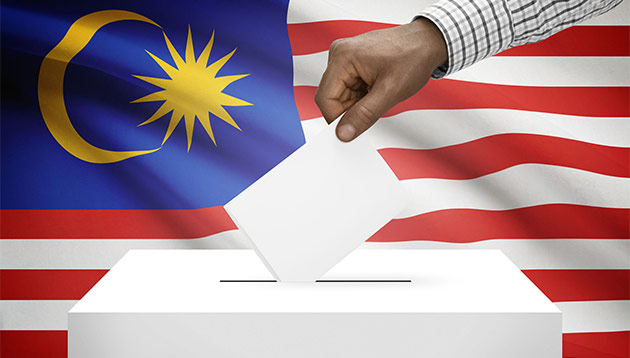 About 15 million voters will go to the polls on May 9th for the 14th General Election. Two days ago, on April 28th, contending candidates were named and early voting will take place on May 5th. Election Commission (EC) chairman Tan Sri Mohd Hashim Abdullah announced the dates in a packed media briefing, which was also broadcast live, after chairing a special EC meeting for about two hours. Political parties will have 11 days to campaign, compared to the 2013 General Election, where the campaign period lasted for 15 days.

Vast majority of countries that have achieved ‘independence’ after being colonized believe that the election process in democracy is a way to bring change. In most countries of the world, including Malaysia, democratic elections determine the party that will set up the government. However, these elections are never free from various forms of manipulation, fraud, defamation, money politics, gerrymandering, corruption and external pressures. In Malaysia, despite scandals and criticisms, Barisan Nasional (BN), which is the ruling party, did win the 2013 general election, indicating that people’s support for the government is on the increase. And with the fact that the ruling party has never been defeated since its inception and the opposition parties are seen to continue to split it seems that the advantage is on BN’s side.

In a democratic setting, Muslims who carry the slogan of Islam often become victims of the interests of political parties, secular politicians, capitalists and the West in particular. Sincere Muslims who work for a change, a change from the corrupt capitalist system to Islam, within the democratic framework, only face the prospect of frustration. Because Islam is contrary to Western doctrines, such as liberalism, capitalism, and democracy, the West will always ensure that there is no space for its challenger (Islam) to rule and make changes. This can be seen from what happened to some Islamic movements across Muslim lands. In Egypt, Muhammad Mursi, representing the Muslim Brotherhood (IM), won the presidential election in 2012 with a majority vote of 51.7% defeating his challenger, Ahmed Shafiq. Yet a year later, Mursi was dropped by a by the Egyptian military junta although he was legally legitimate as elected by a legitimate election process. In Palestine, Hamas had won the elections with more than 57% majority in 2006 defeating the Fatah Party. However, the United States and the Jewish entity did not recognize the victory of Hamas, which ultimately saw Hamas successfully tamed by the US to tread on negotiations with the Jewish entity and form a joint government with Fatah. In Algeria, Front for Islamic Salvation (FIS) led by clerics and professionals won a big victory with over 81% of the parliamentary seats in the first round of elections in December 1991. But in the second round of the following year, when FIS was victorious, it ended with cancellation of the democratic process and a coup by the Algerian military junta with support from France. In Turkey, the situation is a bit different. Even though the Erdogan-led Justice and Development Party (AKP) that claims to bring the image of Islam won the general elections in 2002 until 2015 and ruled Turkey until today, it compromised with the secular party to remain relevant and secure US ‘s support as a close Turkish ally.

The West had been and will always be hostile to the Islamic World since the times of the Crusades until this day. They succeeded in destroying the protector of the Islamic World, the Khilafah, and have placed puppet leaders amongst the Muslim to achieve its goal in dividing Muslims on national and ethnic lines. Democracy as a nation state setting is a very effective mechanism for the West to sustain its hegemony over the Muslim world.  It is true that democracy provides space for a person or a political party to take power. However, the West will never allow Islam to come to power through the path of democracy. Real change is just a dream within the democratic framework – it can never and will never be allowed as a way for Muslims to transform the rule into an Islamic political landscape that brings blessings to the whole world.