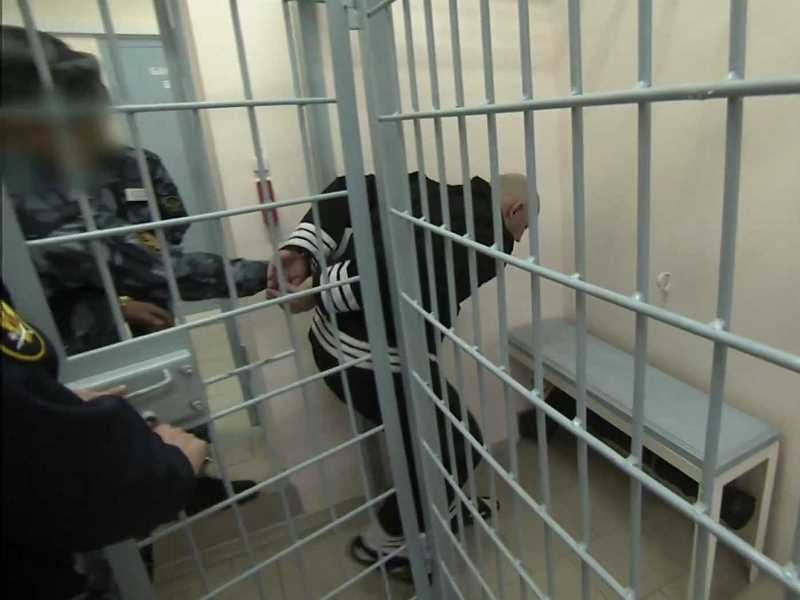 On 25th of May, the press service of the Vakhitov District Court of Kazan published on its Internet portal: “It was decided to apply the preventive measure of remand in custody in respect of Akhmedov R.R. and Aminov M.Kh., who are accused of committing a crime Part 2 of Article 205.5 of the Criminal Code of the Russian Federation. The preliminary investigation established that Akhmedov R.R. and Aminov M.Kh. being citizens of the Russian Federation take part in the international terrorist organization “Party of Islamic Liberation” stationed in the Kingdom of Sweden, outside the  RF, where they by the Internet systematically and purposefully propagandize the ideology of the international terrorist organization “Party of Islamic Liberation”, among other things, conduct militant Islamist propaganda combined with intolerance towards other religions, actively recruit supporters, deliberately work to split the society of Russia, that is, conduct activities of the international terrorist organization “Party of Islamic Liberation” on the territory of the Russian Federation and recognize the possibility of using terror acts as a form of a political struggle, damaging the security of the Russian Federation. Currently, there is information that the accused are hiding in the territory of the Kingdom of Sweden, and therefore are now internationally wanted”.

Such trials and decisions to date in modern Russia almost do not differ from the trials under Stalin in 1937, the time that is commonly called the “Great Terror”. In those days, the repressions of the so-called dissidents were based on the decisions of the Politburo of the Central Committee of the CPSU (B.), which were adopted in accordance with Stalin’s order “to strengthen the power bodies to fight the remnants of the capitalist classes and to destroy them by isolating or liquidating the persons hostile to the Soviet system”.

The prosecutions, courts and shootings were carried out on the basis of orders from above, planning figures to identify and punish the so-called enemies of the people. In simple words, the lists with the names of those who need to be arrested and shot were sent from above. Today we are witnessing a similar picture, as orders come from above with a demand to fulfill a certain plan, according to which it is necessary to neutralize dissidents who threaten the security of Putin’s Russia.

If Stalin pursued his revolution comrades-in-arms and the common people, then modern power in the Kremlin persecutes the Muslims, becoming a part of the world politics of the West in the struggle against Islam and Muslims. The so-called struggle against “terrorism” is a product of the Western colonialists in the face of the United States, Britain and France, to which the Russian government has zealously joined.

The false propaganda of the authorities in the media and courts has become an integral part of the struggle against Islam and Muslims. For example, the press service of the court said: they conduct militant Islamist propaganda combined with intolerance towards other religions – speaks for itself. It is enough to study “The Draft Constitution” by Hizb ut Tahrir to make sure that the statements of the Vakhitov Court of Kazan are blatant lies. “The Draft Constitution” of Hizb ut Tahrir states: “Article 6: All citizens of the state have equal rights, regardless of religion, race, skin color, etc. Any discrimination of the citizens of the state is prohibited, regardless of whether it is related to the matters of government, justice or management of other affairs of society”. This is what the Shabab of Hizb ut Tahrir are striving for and spreading around the world.

The court statement also says that: “They recognize the possibility of using terror acts as a form of a political struggle, damaging the security of the Russian Federation”. These formulations resemble the Stalinist attitudes. Stalin and the Communists used terror in achieving their goals, namely, achieving power and retaining it. Terror is the method of Communists in achieving their goals. As for Hizb ut Tahrir, referring to its literature, you will find that it is a political party that conducts ideological and political work to achieve its goal. For this it is enough to refer to the books “The Concepts of Hizb ut Tahrir”, “The Methodology of Hizb ut Tahrir for Change” and many others.

In order that the people of the Russian Federation could not study the program of Hizb ut Tahrir, the authorities hastened to put all the publications of Hizb ut Tahrir in the lists of extremist materials and thus banned their own people the right to free thinking. The people receive one-sided information only from the state media, packed with lies and hatred not only to the Shabab of Hizb ut Tahrir, but to Islam in general.

New trials and arrests say that the call of Hizb ut Tahrir in Russia has achieved unprecedented success among indigenous peoples of this vast territory. Each new Shab of Hizb ut Tahrir knowingly connects with Hizb and works hard with it, knowing the consequences that await him: dismissal from work, arrests, torture and long imprisonment from 15 years and more.

Who will go on such sacrifices!? The one, who believes in Allah and the Day of Judgment. The one, who hopes for His mercy and help. The one who realizes that the main problem of Muslims today is the absence of a righteous state of the Khilafah (Caliphate) led by a righteous ruler, and that whoever works together with Hizb ut Tahrir to revive the righteous state Khilafah (Caliphate) by the method of Prophethood can achieve the satisfaction of Allah Almighty and will be rewarded for it with a victory!