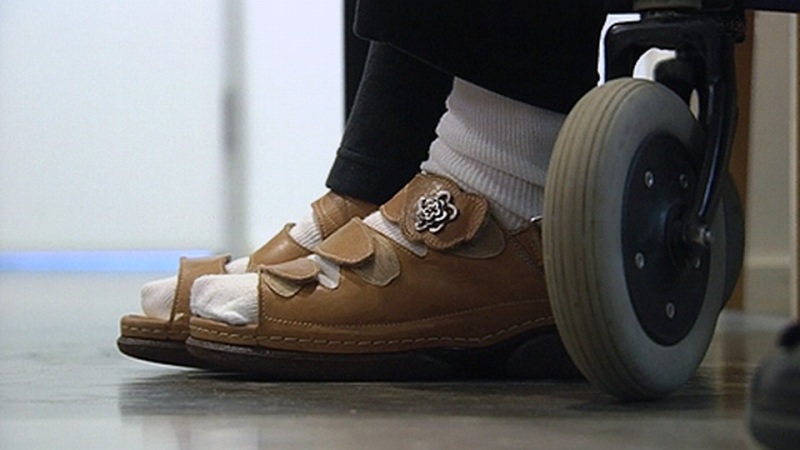 Russian security services have been fabricating lawsuits against Muslims for a long time to curb the spread of Islam in Russia. One of its recent actions has been ridiculed even by the Kuffar which appeared in the comments on the news of the arrest of the disabled man in a wheelchair, Amir Gilyazov in Chelyabinsk.

Early on the morning of 23rd October 2018, FSB agents came to inspect the apartment of Amir Gilyazov, who is suffering from a severe genetic disease that made him disabled in a wheelchair unable to move without an assistant. From the permission to inspect, it was clear that the reason for filing a lawsuit against this Muslim by anonymous testimony is that 7 years ago, Amir Gilyazov uploaded on YouTube a video of the release of one of Hizb ut Tahrir’s member from prison.

Egul Gilyazova, Amir’s wife, said to a human rights organization publication that “During the inspection, the security forces threw things on the ground and then found them, and they were walking in the house with their shoes, so, my husband got angry and blood was running from his mouth. I called an ambulance, and when the doctors came, they said they would take him with them, so we dressed him up and I asked my older son to accompany his father to the hospital. Some of the security staff went behind the ambulance and after 40 minutes they brought my husband home. And I think the intelligence agency asked for a paper that my husband’s health was good and so they brought him home, even though his condition was bad. His breathing was heavy, so we put him on bed”.

At the end of the inspection, intelligence officers arrested Amir Gilyazov and took him to an unknown destination. A day later, on 25 October 2018, Egul was able to find out that her husband was in the medical section of solitary confinement in the Chelyabinsk center.

Egul says that Amir is very sick: “He is suffering from a very difficult and rare disease, Duchenne muscular dystrophy, a complete muscle degeneration. He is 46 years old, weighs 40 kg, completely dry, he cannot move alone, even for one meter. He sits on wheelchair and needs a wide space. His hands are not moving and so are his legs. He is in this condition from childhood, and without Egul, Amir cannot live”.

On October 26, 2018, it was found that the judge, according to the intelligence report, decided to arrest Amir Gilyazov and send him to solitary confinement on charges of membership in Hizb ut Tahrir and working to gain members via the Internet.