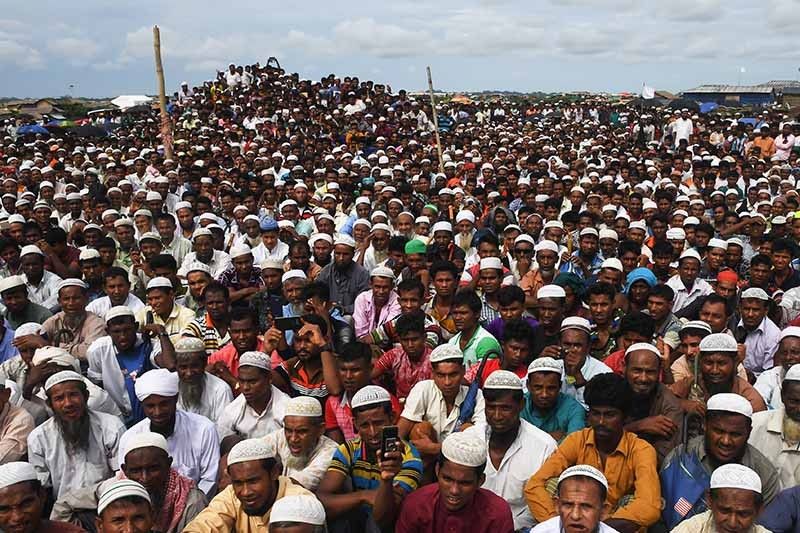 The BBC reported on the escalation of the Rohingya crisis with a number of potential prosecutions to be made against the Myanmar government lodged in international courts by Venezuela and Gambia. The news story dated 19th November 2019 tells the story of an 11-year-old boy named Omar who lives without any family in the refugee camp of Cox Bazaar in Bangladesh. His mother and father were brutally murdered by the Myanmar forces and he wakes up crying daily in memory of his lost loving parents. Three of his brothers and two sisters were also killed in the course of ethnic cleansing.

In September 2018, UN inspectors concluded that Myanmar generals should stand trial for their actions against the Muslims of Rakhine State where more than 700,000 Rohingya displaced into Bangladesh. However, to date not one official has been referred to the ICC (International Criminal Court). The excuses made for the complete lack of justice is explained by Laetitia van den Assum who is a member of an independent commission into Rakhine state led by the late former United Nations Secretary-General Kofi Annan. The quote regarding the lack of pursuance is as follows; “It’s true progress may be slow, If you are in a central position of power you are protected, no-one will send you to the Hague.” The other matter of contention is that Nobel Peace Prize Laureate Aung San Suu Kyi is using the shield of no responsibility in that she constitutionally has no control of the military. The daily murders of innocent men women and children will continue into the new year unstopped by any authority as this international criminal courts exist only to account selected individuals that serve the western agenda to further their goals. The fact that Western governments allow their businesses to trade with Myanmar and make their billions in profit proves the complete lack of will to aid the Muslims of Myanmar. The presence of a true Islamic leader in the form of the Khilafah will be the only entity that will never accept the Rohingya to wander the globe, or be imprisoned in camps like animals. Whilst the Muslim leaders of the globe choose to forget the immense suffering of the Ummah, Allah (swt) will not forget the great sacrifices made due to Iman. We pray for the martyrs and those to come for victory in the Next Life, and to those entering the new year under duress we remember the Ayat in Quran regarding patience in times of trial. يَوْمَ يَأْتِ لاَ تَكَلَّمُ نَفْسٌ إِلاَّ بِإِذْنِهِ فَمِنْهُمْ شَقِيٌّ وَسَعِيدٌ “And be steadfast in patience, for verily Allah will not suffer the reward of the righteous to perish.” [11:115]

How many more innocent orphans are to be made like Omar, how many exist undocumented and exploited from Syria, Iraq, Palestine Afghanistan, Yemen and beyond? We call all Muslims globally to use the means you have to support and work for the obligation of living under the Islamic Political System and seek your place amongst the successful in the Next Life.