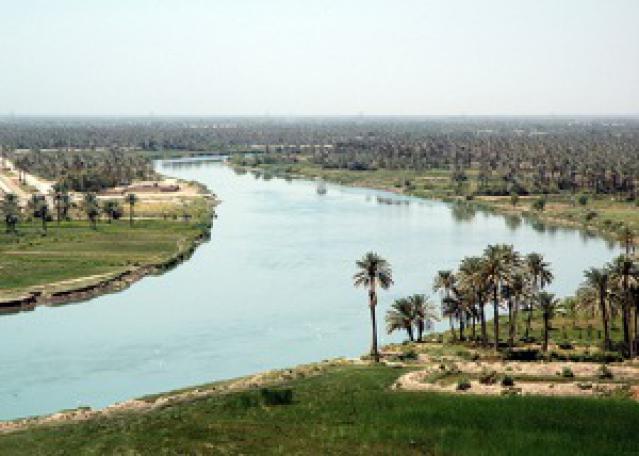 Are there Shar’iyah principles in respect to dealing with rivers, whether their origin to their mouth (end-point) are within the Khilafah state, or they pass through the state and into another? Jazaakum Allah Khairan.

Islam has solutions for every problem that has happened, is happening or will happen in the future. That is because Allah سبحانه وتعالى has perfected this Deen:

And He Ta’Aalaa has made it obligatory upon us to refer to the Shar’a of Allah for judgment in respect to every minor and major issue. He سبحانه وتعالى said:

The word ‘مَا’ (what), as is known, is from the general form (Siyagh Al-‘Umoom). Consequently, Allah سبحانه وتعالى has made it obligatory to rule by Islam in every matter without exception i.e. without taking parts at the expense of parts:

“And beware of them, lest they tempt you away from some of what Allah has revealed to you”.

Therefore, Allah Al-‘Azeez Al-Hakeem has not left a single problem that people will be exposed to within the life of this world except that it has been solved by Islam, by a Shar’i text or through Istinbaat (deduction) in accordance to the Usool Shar’iyah principles. Allah Ta’Aalaa created us and explained to us that which is suitable and correct for our affairs as He سبحانه وتعالى is Al-Lateef Al-Khabeer:

“Does He who created not know, while He is the Subtle, the Acquainted?”

For that reason, there are indeed Shar’iyah principles for dealing with rivers, equally whether they are in the Khilafah state or they pass through it and into other countries. I will mention some of these matters in a summarized manner and it will be explained in full at the time of the establishment of the Khilafah state, Inshaa Allah, the state that we supplicate to Allah to be established soon and Allah is ‘Azeezun Hakeem:

“… (In regards to) the major rivers like the Euphrates, the Tigris and Gihon amongst others, then no one has a right over exclusivity. Rather, they are the right of the masses. So, everyone who is able to water his lands from them, then he has the right to do that, just as he has the right to set up mills, waterwheels and what is similar to that. That is as long as it does not negatively impact the major river. If it (i.e. the usage or activity) does have a negative impact upon the river, then the person is prevented from that. In addition, the digging i.e. maintenance of the great rivers is a duty upon the authority (ruler) to undertake from the wealth of the Bait ul-Maal. That is because their benefit returns to the general public and consequently the funding of that is found within the public funds and that is the funds of the Bait ul-Maal…) End.

– The following was mentioned in the Kuwaiti Fiqhiy Encyclopedia:

“Al-Karyu means: Extracting the clay (sediment) from riverbed, digging and fixing its banks. The funding of the Karyu (maintenance) and all that the river requires in terms of fixing and rectifying is taken from the Bait ul-Maal (State Treasury) of the Muslims, because it is for a general interest (Maslahah ‘Aammah). If there is nothing available within the Bait ul-Maal (treasury) then the Haakim (ruler) compels the people to restore and maintain the rivers because their refraining from that brings about a harm and because it realises the public interest…

The Karyu (maintenance) of the public rivers like the Nile, Tigris and Euphrates is the responsibility of the Sultaan (ruler/authority) to be taken from the Bait ul-Maal. That is because the benefit of the maintenance is for the Muslims in general and consequently its funding is from the Bait ul-Maal. That is due to the statement of the Prophet ﷺ:

“The Kharaaj is by guarantee … and if submerging is feared from these rivers then it is the duty of the Sultaan (ruler) to fix or rectify its dams from the Bait ul-Maal”.

If, however, that was harmful (or detrimental) to the ‘Aammah (public), where the water overflows and ruins the rights of the people or prevents the movement of boats, then all of the people have the right to prevent it. This is relation to the rivers. As for the sea, then benefit is sought from it even if it harms. This is what Al-Quhustaani stated (clearly) and this issue will be examined in the explanation of the Articles (1263 and 1264).

In respect to these rivers, all of the people have the right to Ash-Shaffah (feeding livestock, domestic utility and drinking), whether that is harmful to the public or unharmful. In regards to the unownable public rivers like the river Nile that flows in the Egyptian region, the river Euphrates which flows in Iraq, the Tigris (Dijla) (which is read with a Kasrah on the Daal and a Fat’hah), the Shatt-ul-Arab (which is the result of the convergence of the Tigris and Euphrates), the Danube, a part of which lies in the lands of Romania, the Tunca River which is also called the Maritsa River which runs through the town of Edirne, all of these major rivers are not anyone’s property because the ownership according to Article 1249 occurs through acquirement and placing the hand over it. This acquirement and placing one’s hand over it is not possible in respect to these rivers. As long as these rivers cannot be taken possession of and acquired then they remain shared amongst the people according to Article 1234 and the right for all the people to attain benefit from it is affirmed in accordance to Article 1265 (The enlightenment and refuting the bewilderment in respect to the beginnings of Ash-Shurb and Az-Zayla’iy in respect to Ash-Shirb).

((Article 1265) Everyone has the right to irrigate his lands from non-ownable rivers).

Article (1265) – Everyone has the right to irrigate his lands from the unownable rivers and he has the right to open up a stream or conduit to irrigate his lands and to set up a mill. However, it is stipulated that others are not harmed. For that reason, if the water overflows and is harmful to the creation or it interrupts the rivers water completely or blocks the passage of boast then that is prevented (or forbidden)).

Everyone has the right to Ash-Shirb and the right of Ash-Shaffah in respect to the unownable rivers which means that he can irrigate his lands. That is if someone has revived barren land close to the designated river. He can open up a stream or conduit and let the water run from the designated river to his land that he has revived. (The explanation of Al-Majma’ in respect to the Shirb). That is if the place that the spring has been opened up from is a property of his. It is also the right of anyone to drink the water from the designated river, to perform Wudoo’ from it, wash clothes and to open up a stream or conduit within his owned property or the barren lands from anew or in increase, to irrigate his lands and he has the right to set up a mill. This would be like when the spring has three conduits; he protects it and makes four or five conduits for it (Al-Hindiyah in the second chapter from the Shirb).

And you are no doubt aware that the Majallat ul-Ahkam was applied in the Uthmani State i.e. that these mentioned Ahkam (rulings) above were applied by the state and relied upon (or adopted). All of that guides to the manner of how the Islamic state dealt with benefiting from the major rivers…

I hope that this summarized answer is sufficient… and its completed explanation will happen at its time Inshaa Allah.