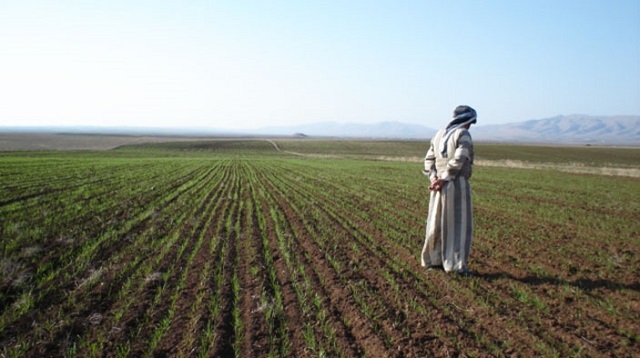 What is the difference between privatization in the capitalist system and Iqta’ (allocation of land) that is mentioned in the book, Funds in the Khilafah State?

1- There are three types of ownership: public property, state property and private property – whatever that is not included in the public and state ownership.

2- Public property are the items that the legislator made their ownership belong to all Muslims, a joint ownership between them, and prevented individuals from their ownership, such as electricity generators, power plants, gas factories, coal, and minerals that are in abundance, that are not limited, whether solid such as gold and iron, or a liquid such as oil, or gas such as natural gas, all of these and similar ones are public property owned by all Muslims, shared ownership, and it is a source of funds of Bait ul Mal of Muslims, distributed by the Khalifah to them, in accordance with the Shariah rules.

3- State ownership is any piece of land or building connected to a right of all the Muslims; it is separate to public property. State ownership can be of land, buildings, transferrable objects, that are linked to a right of the general Muslims according to Shariah rules, the Khalifah has the authority to manage, monitor, and make decision regarding the property.

4- Although the state manages the public property, and manages the state property, yet there is a difference between the two ownerships. All that comes under the public property, such as oil, gas, and abundant minerals, seas, rivers,  springs, squares, bushes, grasslands, and mosques, it is not permissible for the Khalifah to give its ownership to any  one, whether an individual or group; because it belongs to all the Muslims  collectively.

As for what constitutes state ownership of the land, and buildings, then the Khalifah can give their owner to individuals, and the title (ownership) and benefit, or benefit without ownership (of the neck), or to allow them to be revived and owned, and he can dispose of it in the manner that he sees for the interest of the Muslims

5- The Khalifah has permission to give from the state ownership of land for the one who does not have agricultural land, the person can cultivate it and it becomes his property, so that wealth does not remain confined only in the hands of the rich but it should be circulated:

However, the Khalifah has no permission to take away from someone’s private property wrongfully and then gives it to another, but he can give from the state ownership for the poor and not the rich; which is called the allocation of land.

Iqta’ (allocation of land) is taken from the state’s land and not from private property and of course not from the public property.

6- These properties are stipulated by the Shariah rules, it is not permissible to change its classification, so the public ownership is not changed to private ownership, like giving the right for oil exploration and extraction to a private company, the so-called “privatization”, this is turning public property to private ownership. Likewise it is not permissible to transfer private property to state property, like taking away by force the shop of a person and is made the ownership of the state which is called nationalization.

7- It is clear from above to see the difference between privatization, nationalization and Iqta’ (allocation of land). Privatization is the sale of public property to private companies, such as giving the privilege of oil exploration or mining or electricity to private companies, which is forbidden. This is because public ownership remains public property and does not become private property …  Nationalization is to change the individual private property to the ownership of the state or to public property, like turning a shop from individual ownership to public ownership or state ownership, and this is not permissible because the properties remain a possession of their respective owners, and this right is not altered to other than the owner.

As for Iqta’, it is when the state gives from its ownership to individuals, raising their economic standing, and does not leave the wealth confined and circulating among the rich, and many people do not possess what they can live by in dignity and pride, thus the state gives land to some of those who have no land to cultivate, and it gives from its funds also to farmers and help them to cultivate their land.