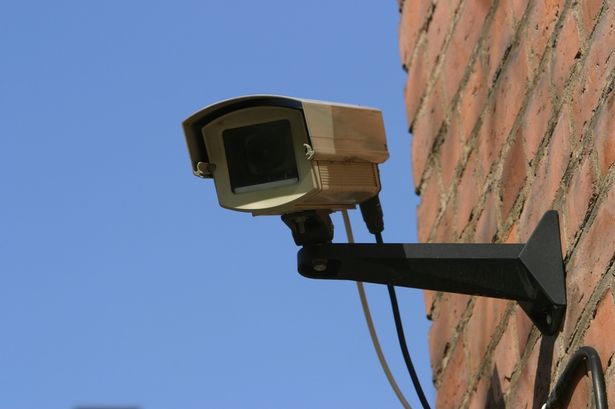 Best Wishes and Eid Mubarak to you our respected Amir, may Allah protect you…

My question is: What is the ruling on using public surveillance cameras and in stores? Is it permissible to criminalize the person by using the captured camera images as evidence if the person is caught stealing on camera?

The answer to the first part of the question:

Cameras falls under the Shariah principle: “In origin things are permitted unless there is prohibition evidence” taken from the verse of Quran:

There is no evidence that prohibits cameras, therefore its original rule remains as permitted. But the thing, though permissible, if used in a prohibited action, this use is forbidden, according to the comprehensive Shariah principle: “The means to a haram (prohibited) is itself haram (prohibited)” as well as the second principle of harm: “Every individual permissible thing if harmful or leading to harm, it will become prohibited while the matter remains permissible.” Therefore, the surveillance cameras if used for a permissible matter such as monitoring shops to prevent theft, or in the streets for traffic control … and so on, all these uses are permissible. But they were used to spy on people and monitor their movements and where they live or to look at their awrah, or to photograph the inside of their homes… All these uses are prohibited because spying on people and monitoring their movements and where they live, is prohibited due to the saying of Allah:

And what was narrated by Abu Dawood in his Sunan from the Prophet ﷺ who said:

“If the Amir (leader) seeks distrust in people he would corrupt them.”

And because looking at the awrah of people and their private lives is prohibited; it was narrated by Muslim from Abu Hurayrah that the Prophet ﷺ said:

“One who looks into people’s houses without their permission, it is permitted for them to poke his eye.”

And the answer to the second part of the question is:

The images captured by the surveillance cameras are not considered as a Shariah evidence for the crime because the Shariah evidences that are indicated as Shariah evidences are only four types, namely: Confession (the recognition), Yameen (oath), testimony, and irrevocable written documents.

There is no evidence other than these four evidences, based on the following evidences:

– Iqrar (confession): What is narrated from Zaid bin Khalid and Abu Huraira, may Allah be pleased with them, from the Prophet ﷺ that he said:

“O Unays go to the wife of so, if she confesses then stone her.”

– Yameen (oath): what was narrated by Ibn Majah in his Sunan from Ibn Abbas that the Messenger of Allah ﷺ said:

“If people are given according to their claims, the people claimed the blood of men and money, but oath is on the defendant”.

“The evidence must be provided by the accuser, and the one who denies must give (oath) except in the case of Al Qasamah (the repeated oath of the family of the murdered.”

And in another narration Amr ibn Shuaib, from his father, his grandfather, that the Messenger of Allah ﷺ said:

“The evidence must be provided by the accuser, and the one who denies must give (oath) except in the case of Al Qasamah.”

“And bring two witnesses from among your men, if there are no two men available, then bring a man and two women”

“And do not be [too] weary to write it, whether it is small or large, for its [specified] term. That is more just in the sight of Allah and stronger as evidence and more likely to prevent doubt between you, except when it is an immediate transaction which you conduct among yourselves. For [then] there is no blame upon you if you do not write it.”

“A Jewish man pushed the head of a servant between two stones, and she was asked: Who did this to you, is it so, is it so? until the Jew was named, she nodded her head in agreement, the Jew was brought in and he confessed, the Prophet ﷺ ordered that his head be hurled with stones.”

When the Messenger ﷺ asked the servant who attacked her and called out names of men she identified the Jew. He ﷺ did not take her statement as an evidence but as an identification, the Jew was brought in and he confessed and was killed. The evidence was his confession and not the words of the attacked servant … other clues, can be used as indicators not as Shariah evidences, unless they include Shariah evidences.

The link to the answer from the Ameer on Google Plus:

The link to the answer from the Ameer on twitter: