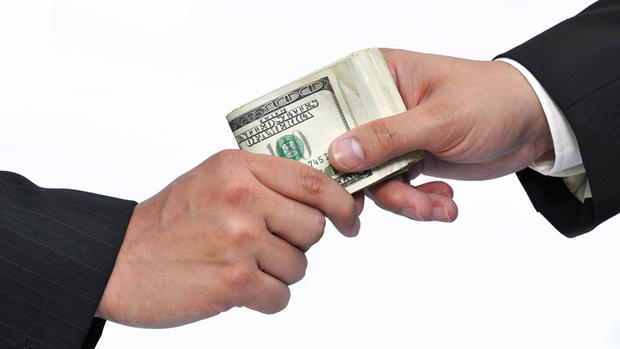 On 19th December, 2017, during delivering a lecture at Nurjahan Murshid and Professor Khan Sarwar Murshid Trust Fund at Dhaka, eminent economist and chairman of the Center for Policy Dialogue (CPD), and an independent thinktank, Rehman Sobhan, said that politics (in Bangladesh) has now turned out to be an extended part of business, and money paves the way for winning an election. He said weaknesses in democratic institutions were damaging and there were no signs of leadership from the new generation. Politics has now become a game of the rich as money and muscle power have intruded into political parties, added Sobhan. A tendency of committing crimes has developed due to weak rule as well as for amassing wealth illegally, he also told during his lecture at the program.

In a developing country like Bangladesh where accountability of the political leaders is a long-gone history, justice is absent in every sphere of life and good governance is a mere dream; it is natural that politics will be an extended part of business where unbelievable amount of profit can be gained within a very short period of time by exploiting political power. It is well known to the people of Bangladesh the kind of people who are involved in politics in the country and their objective behind it. It is also well known that nobody comes to politics to serve the common people and to do some good to the country. Rather, the common people of Bangladesh believe that politics is only a tool of gaining self- interest of the corrupt politicians and serving a few rich elites of the society who in return help the politicians to win the election despite their endless corruption and treachery.

Rehman Sobhan talked about the weaknesses of democratic institutions as one of the major problems of the country. But even the politics of the leading Western counties, like US, UK or Australia, which has been portrayed as the role model of democracy to the Muslim world with their apparent well functioned democratic institutions is within the grip of the richest of the rich and thoroughly controlled by money. Michelle Obama, the former first lady and a leading political figure of US, once said that if you want to have influence in the American political process, there is only one thing to do, “write a big fat cheque….write the biggest, fattest check that you can possibly write.” A study shows that in recent time, only 0.01% political donors of US have contributed more than 40% of the donations during elections and certainly. This richest group has consistence influence over national and international policy making of the country, where the middle class and the poor voters of the country have no influence at all. For this reason, US politicians and the ruling class declared unjustified war against Afghanistan and Iraq against the will of American people because these wars were needed to boost up the war industries that belong to few capitalists. We need to remember that it is the mass people of America who bore the cost of these decade long wars when the rich capitalist of US made multibillion dollars profit out of it. Moreover, in 2008, when the US economy went through severe recession, US government again bailed out this rich influential group and left the middle class and poor citizens alone to accept their destiny.

In fact, amassing huge amount of wealth by the politicians, shocking rate of crime due to lack of justice in society and influencing political processes, such as, elections, through money and muscle power, these are all global phenomena under capitalist ideology. Because, in capitalism, each action rotates around “benefit” and every action is legal as long as it is beneficial for some people. And, undoubtedly in most of the cases, those people consist of the politicians, the ruling authority and its rich influential cronies.

Therefore, in the capitalist ideology the meaning of politics was never looking after the interest of mass people and never will be. But, in the Islamic ideology the meaning of “politics” is not only looking after people; rather, it is a great act of worship to please Allah (swt) and it is also the legacy of noble prophets of Islam. Rasul ﷺ said, ‏« كَانَتْ بَنُو إِسْرَائِيلَ تَسُوسُهُمُ الأَنْبِيَاءُ، كُلَّمَا هَلَكَ نَبِيٌّ خَلَفَهُ نَبِيٌّ» “Bani Israel used to be ruled by the prophets. Whenever a prophet died another prophet would take over his place…..” (Sahih Bukhai: Hadith no: 3455). In this hadith the word used for ruling is “siyaasah” which means “managing the affairs of people”. As politics is a noble act of worship, the motivation of entering politics in Islam is serving people to earn the pleasure of Allah, not plundering their wealth and living an extravagant life with this illicit money. It is also such a great responsibility that Umar bin Abdul Aziz had fainted when he was appointed as the post of Khalifah (Head of Islamic State) and Umar (ra) could not sleep at night; instead, he used to patrol in the streets of Madinah to serve his subject. Because, Rasul ﷺ said, ‏ «مَا مِنْ وَالٍ يَلِي رَعِيَّةً مِنَ الْمُسْلِمِينَ، فَيَمُوتُ وَهْوَ غَاشٌّ لَهُمْ، إِلاَّ حَرَّمَ اللَّهُ عَلَيْهِ الْجَنَّةَ» ‏ “If any ruler having the authority to rule Muslim subjects dies while he is deceiving them, Allah will forbid Paradise for him. (Sahih al-Bukhari) Hence, there is no scope of earning illegitimate money by exploiting political power.

Moreover, in Islam the Khalifah is not only accountable to his Lord in the Day of Judgment, rather, unlike democratic society, he is also accountable to his subjects and the subjects can raise their complaint against him in the Court of Mahkamat al-Madhalim (the Court of Unjust Acts). This court has every right to take action against the Khalifah if he is found guilty and to dispose him in extreme circumstances. Therefore, to get out this corrupt politics and political practices where money and muscle power define everything and where people are being forced to elect suited booted thieves and the ruling class and their rich cronies force mass people to live under poverty, this noble Ummah, including the Muslims of Bangladesh, should desperately work for re-establishing the second Khilafah Rashidah (righteous Caliphate) in the way of the Prophethood and by the Will  of Allah, this noble state will abolish all the corrupt political practices and establish the real purpose of politics in Islam.