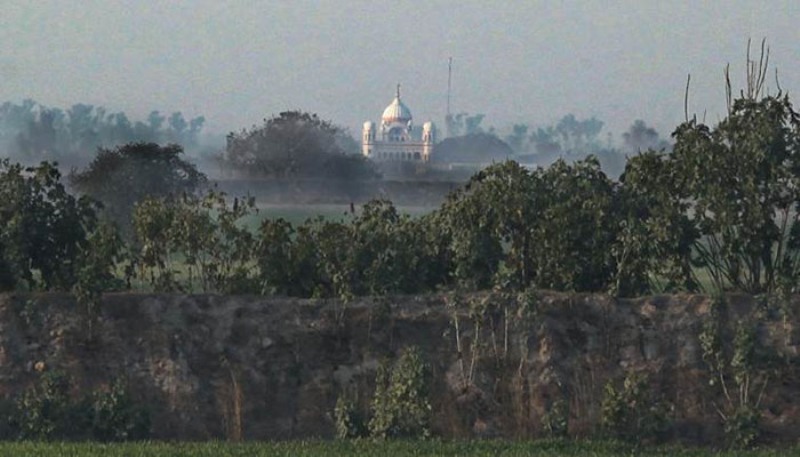 Normalization is in Full Swing, Despite the Intense Indian Oppression in Occupied Kashmir

Technical experts from India and Pakistan met on 19 March 2019 at the proposed zero points to discuss and finalise the development of the Kartarpur Corridor, which is to be opened to Sikh pilgrims this year to commemorate Baba Guru Nanak’s 550th birth anniversary, diplomatic sources said. During talks held in Attari on March 14, it had been decided that technical experts from both sides would hold further discussions on March 19.

Pakistan’s regime has adopted a peace stance with the Hindu State even though it has adopted open war against the Muslims of Kashmir. The Indian oppression is at such a level that even Modi’s master, the US, who have given him a free hand, must mention it. The US State Department’s 2018 Human Rights Reports that was released on 13 March 2019 reported 9,042 injured protesters and 51 persons killed between July 2016 and February 2017 in Occupied Kashmir. The report called for the repeal of India’s Armed Forces Special Powers Act (AFSPA) which authorises security forces in the state to use deadly force to “maintain law and order” and arrest any person “against whom reasonable suspicion exists” without informing the detainee of the grounds for arrest. In addition the Indian Public Safety Act (PSA), which applies only in Occupied Kashmir, permits state authorities to detain persons, without charge or judicial review for up to two years, without visitation from family members. Not only has the oppressive Hindu State converted Occupied Kashmir into a huge open prison, it has used pellet guns to injure 6,221 Muslims, between July 2016 and February 2017, blinding many of them.

Pakistan’s regime has adopted a peace stance withe the Hindu State, when Islam demands a war stance. It is increasing relations with India, even though Allah (swt) said, إِنَّمَا يَنْهَاكُمْ اللَّهُ عَنْ الَّذِينَ قَاتَلُوكُمْ فِي الدِّينِ وَأَخْرَجُوكُمْ مِنْ دِيَارِكُمْ وَظَاهَرُوا عَلَى إِخْرَاجِكُمْ أَنْ تَوَلَّوْهُمْ وَمَنْ يَتَوَلَّهُمْ فَأُوْلَئِكَ هُمْ الظَّالِمُونَ “Allah forbids your alliance with those who fight you because of your Deen, and drive you from your homelands, or aid others to do so: and as for those who turn to them in alliance, they are truly oppressors.” [Surah al-Mumtahina 60:9]. Pakistan’s regime is violating Islam’s injunctions purely because of the orders of its masters in Washington who demand restraint and normalization so that the Hindu State becomes the dominant, unchallenged regional power. A dangerous capitulation is unfurling and the Khilafah (Caliphate) on the Method of the Prophethood is the only state which will halt and reverse it.

The 15 March 2019 deadly terror attack on two mosques in New Zealand is another grim reminder of rampant Islamophobia sweeping the world. Pakistan’s permanent representative to the UN, Maleeha Lodhi stated the obvious on 17 March 2019 when she said, “It’s a slippery slope when Muslims are stereotyped and mischaracterized, sometimes deliberately by those who engage in hate speech.”  However, what the current regimes do not mention is that Islamophobia is a direct outcome of the crusader fever that Western governments have allowed and patronized since the onset of the ‘War on Terror.’ Europe, which once welcomed Muslim migration, has become alarmingly unhospitable to Muslims in recent years. It does not matter whether Muslims are citizens of European origin or seeking to migrate to Europe, the treatment meted out to them is despicable.  Muslim girls are penalized in France merely for wearing long skirts and not even jilbaab/ abaya. How is a long skirt, a piece of cloth widely warn by many non-Muslims in France, a symbol for Islamic religiosity? In Hanover, a German police officer was filmed force-feeding rotten pork to an Afghan migrant, reminiscent of the eat pork or starve mantra made of some French politicians. It is state patronage that has allowed Islamophobia to balloon to horrific proportions. In a report commissioned by Gallopm entitled ‘Islamophobia: Understanding Anti-Muslim Sentiment in the West,’ the authors stated: ‘Islamophobia existed in premise before the terrorist attacks of September 11, 2001, but it increased in frequency and notoriety during the past decade…”.

The widespread crusader sentiment is fuelled by the political elite of the West so they can exploit their own masses for the sake of their war on the Muslim World. Western politicians regularly issue Islamophobic statements with impunity. Marine Le Pen, Jean Marie’s daughter, has compared French Muslims praying outside overcrowded mosques to the Nazi occupation of France. Geert Wilders, the far right leader of the Dutch Freedom Party has frequently criticized Islam and has made disparaging remarks against RasulAllah ﷺ. As for the Australian senator, Fraser Anning, he said, “However, whilst this kind of violent vigilantism can never be justified, what it highlights is the growing fear within our community, both in Australia and New Zealand of the increasing Muslim presence.” The Western ruling elite has revived the hostile atmosphere of the time of the crusades. At the time of crusades,  Christian clergy in Europe demonized Muslims and their Deen. One of the French learned writers, Count Henri Decastri, wrote in his book entitled ‘Islam’ in 1896, “I cannot imagine what the Muslims would say if they heard the tales of the mediaeval ages and understood what the Christian orators used to say in their hymns; all our hymns even those which emerged before the 12th century emanated from one concept which was the cause of the crusades, these hymns were filled with hatred towards the Muslims due to the total ignorance of their religion. As a result of those hymns and songs, hatred against that religion became fixed in people’s minds, and the erroneous ideas deeply rooted, some of which are still carried nowadays. Everyone used to regard the Muslims as polytheists, disbelievers, idol worshippers and apostates.”

Today the Western elite is well aware of Islam being the only ideological alternative to the failing Western ideology of capitalism. They are bent on creating Islamophobia to justify their invasions, occupations and exploitation of the Muslim World. A crusader atmosphere will also discourage their own citizens from being inspired by Islam through the Muslim communities in the West. Allah (swt) said,قَدْ بَدَتِ ٱلْبَغْضَآءُ مِنْ أَفْوَاهِهِمْ وَمَا تُخْفِى صُدُورُهُمْ أَكْبَرُ “Hatred has already appeared from their mouths, what their breasts conceal is far worse.” [Surah Aali-’Imran 3:118]. The Khilafah (Caliphate) on the Method of Prophethood will not only be a protective shield for the Muslims, it will initiate a powerful global call for Islam, at state expense and under its direct supervision, to prepare the ground for the opening of the Western lands to Islam.

Overall cotton production fell 6.84 per cent to 10.762 million bales, as of 15 March 2019, from 11.5m in the corresponding period last year. This is according to the latest figures released by the Pakistan Cotton Ginners Association (PCGA) on 18 March 2019. Prime Minister, Imran Khan, has directed concerned government departments to ensure higher production at 15m bales. However, without the implementation of Islam, Pakistan will never reach its full potential. Pakistan is currently 4th largest cotton producer in the world. However, its cotton production has faced virtual stagnation since the financial year of 1991-92. It has pretty well fluctuated in the range of 10 to 12 million bales since. In 2014-15 Pakistan did produce 15 million bales of cotton production, but this is not acceptable considering that Pakistan produced almost 14 million bales way back in 1990. Pakistan’s cotton yield per hector is 680 Kg/HA, ranking 13th in the world, but this is not acceptable either considering that Australia’s per hector cotton yield is 1887 Kg/HA. There is clear neglect of agriculture in general and cotton production especially.

Pakistan has the potential to be a global agricultural powerhouse and currently stands eighth in farm production globally, despite the low yield per hector. Stagnation in cotton production shows that successive regimes have not focused in research on labour, land ownership, water, soil, seed and farming techniques. The Khilafah (Caliphate) on the Method of Prophethood will boost agricultural production as it must look after the affairs of the Ummah. RasulAllah ﷺ said, «الإِمَامُ رَاعٍ وَهُوَ وَمَسْؤُولٌ عَنْ رَعِيَّتِهِ» “The Imam is a guardian and he is responsible for his subjects” (reported by Al-Bukhari from ‘Abd Allah b. Umar). Supervising the general agricultural affairs is part of managing the affairs, which is why it is part of the obligation of management upon the Imam. It is known that in the era of Islamic ruling, the Indian Subcontinent contributed 23% of the world’s GDP, of which agriculture was a large share. Hizb ut Tahrir in its Introduction to the Constitution Article 159 adopted that, “The State supervises agricultural affairs and its produce in accordance with the needs of the agricultural policy which is to achieve the potential of the land to its greatest level of production.” Insha Allah Pakistan will become the global agricultural powerhouse once the ruling by all that Allah (swt) has revealed is restored.