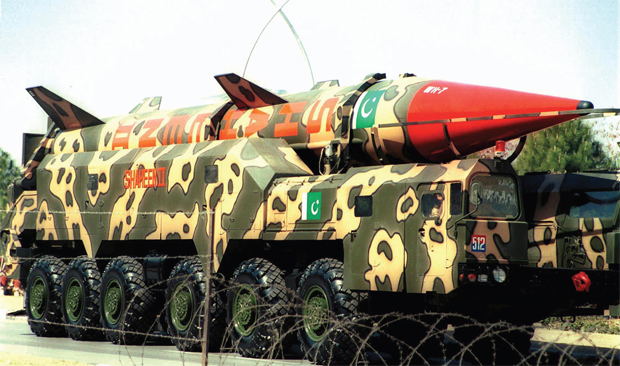 On the Orders of America, Pakistan’s Political and Military Leadership Begs for Peace with India

Pakistan on Friday 7 June 2019 renewed its offer to hold dialogue with India to resolve issues of conflict, including the Jammu and Kashmir dispute and “terrorism.” The offer was made by Prime Minister Imran Khan in a letter written to his Indian counterpart, Narendra Modi, to congratulate him on assuming office for a second term, after the striking victory of his Bharatiya Janata Party (BJP) in the recent national elections. Prime Minister Imran Khan immediately extended his congratulations to Modi via Twitter on 23 May 2019, after his securing victory in the recent Indian general elections. Then on 26 May 2019, once again Imran Khan called Modi to congratulate him on his election victory. And now by a letter he extended his congratulation to Modi for the third time in twenty days.

Pakistan’s leadership repeatedly congratulates an Indian leadership which is an open enemy of Muslims because it is an American demand. Washington wants Pakistan to “normalize” relations with India according to her wishes and demands. A proof of this assertion is in a statement of a White House official, while talking to Indian journalist in Washington this week. The United States has urged Pakistan to take “sustained and irreversible steps” to improve ties with India, by enhancing its efforts to eradicate “militancy” from the region (https://www.dawn.com/news/1487238/us-urges-pakistan-to-improve-ties-with-india). Despite the change in political leadership in Pakistan, the policy regarding India has not changed. Instead the regime of “change” has submitted to the Indian demand to include “terrorism” in the list of contentious issues for talks. Everyone knows that India considers the freedom movement in occupied Kashmir as “terrorism.” By doing so the current political and military leadership of Pakistan has betrayed the Muslims of Occupied Kashmir and Pakistan. The policy of bowing down continuously before an aggressor enemy will further weaken Pakistan. It establishes to our enemy that the political and military leadership of Pakistan does not care about the interests of Islam, Muslims and Pakistan. It confirms their giving utmost importance to American demands. It has been established that both democratic and military regimes follow American dictates because the basis of their ruling is not the revelation of Allah (swt). Only the Khilafah (Caliphate) on the Method of Prophethood will adopt the policy which is required to against an aggressor enemy. Allah (swt) said, فَمَنِ اعۡتَدٰى عَلَيۡكُمۡ فَاعۡتَدُوۡا عَلَيۡهِ بِمِثۡلِ مَا اعۡتَدٰى عَلَيۡكُمۡ “Thus, if someone has attacked you, attack him just as he attacked you” [Surah al-Baqarah 2:194].

The Khilafah will Increase the Military Budget

According to a news report published on 11 June 2019 the defence budget for the financial year 2019-20 has been frozen, despite massive depreciation in the value of rupee. This announcement came at a time when recently there was heightened military tensions between Pakistan and India. Furthermore India is increasing its defence budget every year and searching for opportunity to attack Pakistan. The policy of reducing the military budget of Pakistan is in line of American policy for our region. America is trying to build India as a regional power and wants to reduce Pakistan’s role to the level of Nepal, Bhutan or Sri Lanka. Until now, India has not been able to get a clear and decisive lead over Pakistan militarily. The aerial conflict between their air forces on 27 February 2019 has further strengthened this fact. Therefore the colonialists want to change this scenario by inflicting a critical wound on the military capability of Pakistan. So in the coming days the rulers of Pakistan will have an excuse to remain silent upon Indian aggression, claiming that they do have enough resources to respond to India. It is a similar excuse that was used when America violated Pakistani territory during the infamous Abbotabad attack.

The only way out of this situation is to return to our Deen by re-establishing the system of Khilafah which provides enough resources to prevent compromise over armed forces. Allah (swt) said,وَأَعِدُّوا لَهُم مَّا اسْتَطَعْتُم مِّن قُوَّةٍ وَمِن رِّبَاطِ الْخَيْلِ تُرْهِبُونَ بِهِ عَدُوَّ اللَّهِ وَعَدُوَّكُمْ وَآخَرِينَ مِن دُونِهِمْ لَا تَعْلَمُونَهُمُ اللَّهُ يَعْلَمُهُمْ ۚ وَمَا تُنفِقُوا مِن شَيْءٍ فِي سَبِيلِ اللَّهِ يُوَفَّ إِلَيْكُمْ وَأَنتُمْ لَا تُظْلَمُونَ “Muster against them all the military strength and cavalry that you can afford so that you may strike terror into the hearts of the enemy of Allah and of your, and others besides them who are unknown to you but known to Allah. Remember that whatever you will spend in the cause of Allah, shall be paid back to you in full and you shall not be treated unjustly” (Surah Al-Anfal 8:60).

On 11 June 2019, the Dawn Newspaper stated that every Pakistani owes a debt of 164922 rupees. This has been stated because the total debt of Pakistan is about 35,000 billion rupees. The volume this debt has doubled in the last six years and it is now 91 percent of Pakistan’s Gross Domestic Product, which is around 38,000 billion Rupees.

It is often said that every child of Pakistan is in debt, which creates an impression that it is the responsibility of the people of Pakistan to pay back this debt. The recent budget of Pakistan also establishes a stance that the people have to pay back this debt, even if they face hunger or to snatch food from their children. In the recently presented budget, the government has allocated 2891.4 billion rupees for interest payments. In order to ensure this Riba payment, the government has increased FBR tax targets to 5,500 billion Rupees. In the budget of 2019-20, income tax has been imposed even on a person who earns only 50,000 rupees per month.

The time has come that the Muslims of Pakistan must declare that it is not their responsibility to pay back interest. This debt is the responsibility of corrupt and inefficient rulers of Pakistan who took the loans in the first place. They have implemented policies for decades which strangled the economy of Pakistan. In order to reduce this deficit, these rulers took massive loans on interest. On various occasions, they took loans for projects that never played any role to strengthen the economy of Pakistan. Therefore these loans must be retrieved from rulers and their cronies who benefitted from them, no matter if all of their assets have to be confiscated.