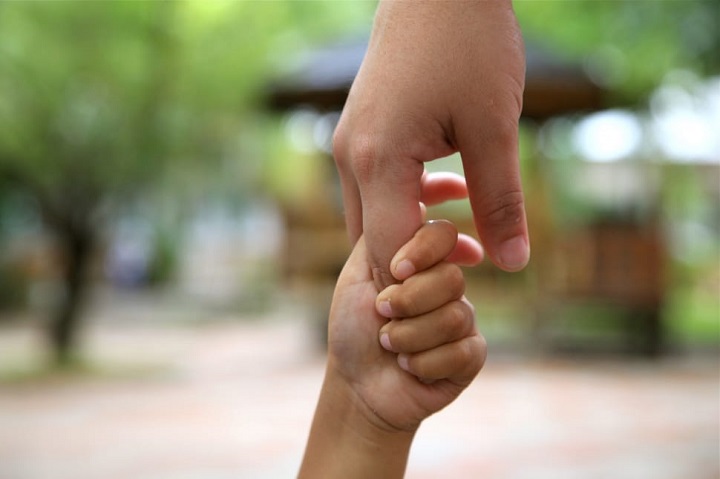 Working mothers in the Western World are crying out for help like never before during this Covid-19 pandemic but due to prejudices and anti-Islamic propaganda, most women are unaware that the alternative ideological solution to the capitalist system that oppresses them is the Islamic Khilafah (Caliphate) system.

With schools and childcare centres closed due to the pandemic, working mothers have been forced to take on an absurd amount of work as an employee, a mother and spouse; and women are suffering greatly as a consequence. An article in 2022 in the Atlantic clearly depicts the plight of working mothers where the author questions, “How do we send our kids back to school when no one can find COVID tests and so many students and teachers are out sick? How do we keep our kids home from school when we’re expected to be back at work? How can we be good parents when we are also required to be employees, teachers, nurses, playmates, chefs, therapists, and spouses? Parents were defeated long before Omicron. Now we’ve reached a stage of the pandemic where finding the right words to describe our lot is simply an exercise in absurdity. We are broken. We have nothing left in us but screams of anger and pain.”

1. The dangers of Capitalism for working mothers is evident to most people and especially for those mothers who, during lockdowns, became burnt out, stressed and overwhelmed by the intensity of balancing work, homeschooling and full-time care demands while isolated at home. A McKinsey survey found remote-working mothers showed much lower levels of well-being than remote-working fathers where 59% of women were negatively affected by working from home verses 29% for men.

2. Mothers have consequently had to make the choice between taking care of families or their responsibilities at work; and for women who can afford to make such a choice, taking care of families is their obvious choice they are making. As a consequence, capitalist business leaders are worried that the pandemic has destroyed the working mom category while schools remain closed. It therefore comes as no surprise that despite being in the midst of an ongoing pandemic with the spread of the Omicron variant and with furlough payments ending, governments around the world are forcing schools to open so that working mothers can return to work. Schools are now seen in capitalist societies as child warehouses where children are parked so their mothers can return back to work. Children’s health furthermore is being sacrificed for the capitalist economy by forcing students to return to unsafe schooling environments. For example, in Australia where the number of Covid19 cases have overtaken both the U.S and the UK, the Australian Prime Minister Scott Morrison said, “We need kids back at school because it also has very significant impacts on the workforce availability”.

3. Unlike Capitalism, Islam protects mothers who are seen as an honour, as stated in Hizb ut Tahrir’s Introduction to the Constitution, in Article 112, “The primary role of women is that she is a mother and responsible over the household and she is an honour that must be protected.”  Moreover in Article 119 of this Draft Constitution for the Khilafah, it states, “It is prohibited for any man or woman to undertake any work which could undermine the morals, or cause corruption in the society.”

Abdullah Ibn Abbas (ra), a companion of the Prophet (saw) and great Islamic scholar, once said, “I know of no other deed that brings people closer to Allah than kind treatment and respect towards one’s mother.” Furthermore, the rewards in the Akhirah for motherhood are huge. The Messenger (saw) said,

“The reward of a woman, from the time of pregnancy until birth and breastfeeding, is the same as the reward of the one on the path of Allah, and if a woman leaves this world during that time because of the hardship and pains of birth, she has the reward of a martyr.”

Thus, the woman is primarily to be a mother and a wife and to have spousal relations in accordance with what the Shari’ah made permitted and recommended. And while men and women have similarities in their nature in their capacity as human-beings, at the same time Allah (swt) has created within each, qualities that distinguish them from each other. Allah (swt) said,

“Should not He Who has created know And He is the Most Kind and Courteous, All-Aware.” [Surah Al-Mulk 67:14].

Islamic laws that are applicable to both the man or the woman or laws that govern their differences provide harmony and stability amongst the genders, for indeed Islam certainly came with various rules, some of which are particular to men and some of which are particular to women. It differentiated between men and women with regards to some of these rules and ordered them to accept what Allah (swt) has specially assigned for them.

A Hadith of our Rasuul (saw) clearly shows the specifications of the family responsibilities of the husband and wife. He (saw) said:

This Islamic understanding towards the tradition roles of men and women regarding employment specifically is reflected in the global World Values Survey Wave 7: 2017-2020. When respondents were asked ‘Should men have more right to a job than women’, Muslims responded with yes in Egypt (90%), Jordan (82%), Iraq (78%), and Iran (69%), whereas capitalist attitudes in Western countries hardly said yes at all with Norway (4%), The Netherlands (5%) Germany (6%), and Australia (7%).

4. The capitalist belief does not recognise this obvious reality as important, and consequently pressures women to re-enter the workforce and compromise or even abandon their vital role as mothers and homemakers to their detriment and the detriment of society. Furthermore, Capitalism has also preyed upon our noble Islamic vision of motherhood as Muslim women, dwarfing the ideals and narrowing the vision of Muslim girls to merely getting a job, as well as dwarfing the hope of parents about the future of their children.

The Shari’ah therefore has made the woman a mother and a housewife (responsible over the home-life and care-taking of the children) and all of this is rooted upon the unrivalled Islamic view of the importance of motherhood and the need to optimize the role of women as guardians of civilization and educators of future generations, and NOT as a labor force and tool to generate wealth for companies and states at the expense of women’s health, wellbeing and sanity.

5. COVID Parenting Has Passed the Point of Absurdity