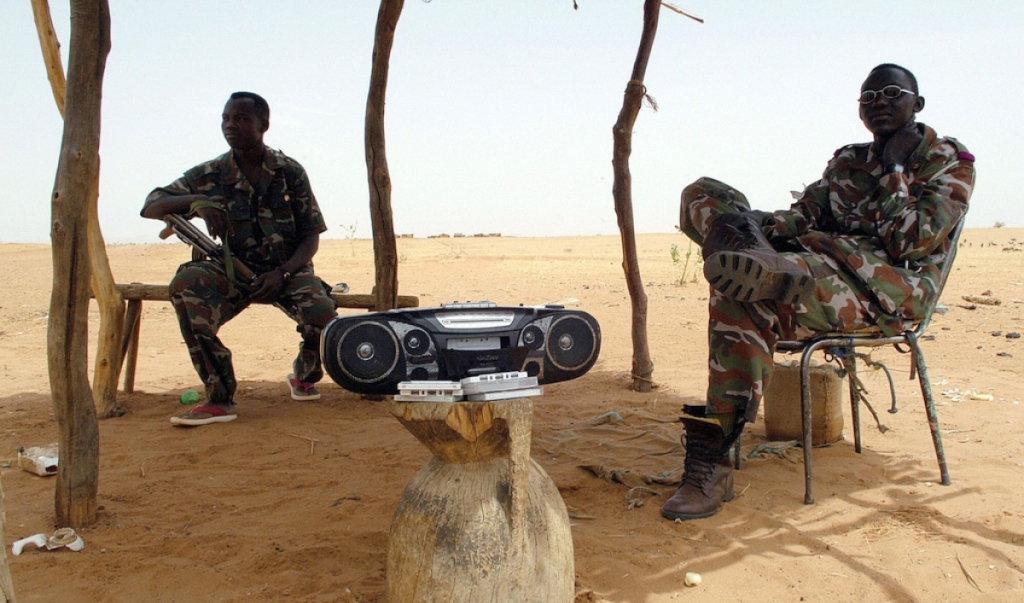 News of the number of dead and wounded were conflicting in the events that took place yesterday between two tribes in Al-Junaynah city, the capital of West Darfur State. As a result of the severe polarization, which is taking place these days, for cheap political gain, even if it is at the cost of the innocent people’s blood and their remains, this incident was not the first of its kind, and it will not be the last as long as there is someone who carries arms to claim their rights, and as long as successive regimes in Sudan listen to only the arms bearers, and do not negotiate except with the killers to share power and wealth with them. Instead of giving people their rights and take care of their affairs, and what happened a month ago in eastern Sudan is compelling evidence of the validity of what we say, and what was mentioned by the comment to negotiate the Darfur path is another proof.

Surely Hizb ut Tahrir / Wilayah of Sudan, which has remained like a clear warner, warns and alarms of the consequences of these successive events, which its fire burns the simple ones amongst our good people, and the politicians and political leaders of the armed rebel movements feel secure; hence it always confirms the following:

First: Islam has forbidden a Muslim from fighting his Muslim brother. In fact, if he does that, it puts him in a position of disbelief, for the Messenger ﷺ said: «لَا تَرْجِعُوا بَعْدِي كُفَّارًا يَضْرِبُ بَعْضُكُمْ رِقَابَ بَعْضٍ»  “Do not (become infidels) revert to disbelief after me by striking the necks (cutting the throats) of one another (killing each other).” (Narrated by Muslim)

Second: He who fights under the banner of fanatic tribalism, his killing is a form of ignorance, and the Beloved ﷺ has disowned him. In a hadeeth that was narrated by Abu Hurairah (ra) that the Prophet ﷺ said: «مَنْ خَرَجَ مِنَ الطَّاعَةِ، وَفَارَقَ الْجَمَاعَةَ فَمَاتَ، مَاتَ مِيتَةً جَاهِلِيَّةً، وَمَنْ قَاتَلَ تَحْتَ رَايَةٍ عِمِّيَّةٍ يَغْضَبُ لِعَصَبَةٍ، أَوْ يَدْعُو إِلَى عَصَبَةٍ، أَوْ يَنْصُرُ عَصَبَةً، فَقُتِلَ، فَقِتْلَةٌ جَاهِلِيَّةٌ، وَمَنْ خَرَجَ عَلَى أُمَّتِي، يَضْرِبُ بَرَّهَا وَفَاجِرَهَا، وَلَا يَتَحَاشَى مِنْ مُؤْمِنِهَا، وَلَا يَفِي لِذِي عَهْدٍ عَهْدَهُ، فَلَيْسَ مِنِّي وَلَسْتُ مِنْهُ»  “One who defected from obedience (to the Amir) and separated from the main body of the Muslims-if he died in that state-would die the death of one belonging to the days of Jahiliyya (i. e. would not die as a Muslim). One who fights under the banner of a people who ate blind (to the cause for which they are fighting. i. e. do not know whether their cause is just or otherwise), who gets flared up with family pride, calls, (people) to fight for their family, honour, and supports his kith and kin (i. e. fights not for the cause of Allah but for the sake of this family or tribe) – if he is killed (in this fight), he dies as one belonging to the days of Jahiliyya. Whoso attacks my Ummah (indiscriminately) killing the righteous and the wicked of them, sparing not (even) those staunch in faith and fulfilling not his promise made with those who have been given a pledge of security – he has nothing to do with me and I have nothing to do with him.” (Narrated by Muslim)

Third: The responsibility to maintain security is the responsibility of the ruler, because he is a shepherd and he is responsible for his flock, as he ﷺ said:
«الإِمَامُ رَاعٍ وَمَسْئُولٌ عَنْ رَعِيَّتِهِ» “The Imam is a shepherd and is responsible for his flock.” But the rulers of Muslims today are not shepherds, but as levies, they do not judge according to what Allah has revealed, and they obey the colonial unbelievers, and even they carry out their plots against the Ummah, and they consider the ruling as a ‘cake’ they share, and they forget that the ruling is a trust and responsibility, as he ﷺ said:

«إِنَّهَا أَمَانَةُ، وَإِنَّهَا يَوْمَ الْقِيَامَةِ خِزْيٌ وَنَدَامَةٌ، إِلَّا مَنْ أَخَذَهَا بِحَقِّهَا، وَأَدَّى الَّذِي عَلَيْهِ فِيهَا» “Authority is a trust, and on the Day of judgment it is a cause of humiliation and repentance except for one who fulfills its obligations and (properly) discharges the duties attendant thereon.” (Narrated by Muslim)

O Our People in Al-Junaynah! Fear Allah in yourselves. Do not shed your blood, for the sake of the misguided politicians, failed and idle leaders, and know that your salvation is in your Islam, and that a decent life will only be under the shade of the Islamic state; the second righteous Khilafah (Caliphate) upon the method of the Prophethood, so work with those who work for it, to win the best of this life and the Next.

“O you who believe! Answer Allah (by obeying Him) and (His) Messenger when he ﷺ calls you to that which will give you life, and know that Allah comes in between a person and his heart (i.e. He prevents an evil person to decide anything). And verily to Him you shall (all) be gathered.” [Al-Anfal:24].