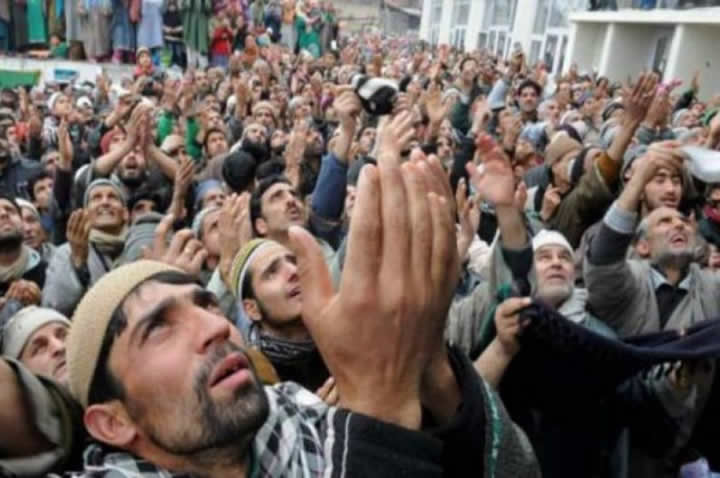 The rejection of the government of Imran Khan is now widespread, even extending to previously hopeful, but now disappointed, supporters. The rejection is not through misplaced trust in the opposition, but due to Imran’s own performance. The government’s failure is not due to mere incompetence alone, but due to its fulfilling the requirements of its colonialist sponsors. Stubbornly clinging to the colonialist institutions, laws and systems, Imran Khan has undermined both Pakistan’s prosperity and security.

In the realm of security, the Muslims of Occupied Kashmir are now treated as if they were never part of Pakistan, let alone an inseparable part of the Islamic brotherhood. Imran Khan’s government has overseen Modi’s amputation of our limb, whilst anaesthetising us with mind-numbing tweets, standing protests, lip service and rhetoric. Our civilians are martyred by relentless Indian aggression across the Line of Control and Working Boundary, yet our willing troops are restrained. This is the costly price of stubbornly submitting to the US policy of making way for the rise of the Hindu State as the regional hegemon, to confront China and the region’s Muslims.

Scuppering any prospect of prosperity, the economy has been ravaged with widespread collapse of businesses, surging unemployment, back breaking inflation and unaffordable education, healthcare, fuel and utilities. Imran Khan’s government has overseen the destruction of our economy, using previous employees of the World Bank and IMF as its hit-men to implement Washington consensus stipulations. This is the costly price of stubbornly clinging to the colonialist economic tools of devaluation of local currencies, universal taxation to choke the poor, vulnerable and weak and interest based loans to ensure perpetual indebtedness.

Change means change and there was no change expected from the outset of Imran Khan’s regime. Just like the current opposition, he is fully committed to the colonialist political and economic order. Just like the current opposition, he is now widely rejected because of that commitment. There will be no change by replacing Imran Khan or moving to a presidential model either. Both presidential and parliamentary democracy have a commonality, a democratic commitment to the current colonialist political and economic order. This has been evident in Pakistan for seven decades now, despite numerous changes in the faces of the visible stakeholders in democracy. So we persist in this fundamental flaw, expecting a different result.

There will be no change unless there is a radical, revolutionary change. For Muslims, there is only one permitted radical change. Its Islam and ruling by Islam through the Khilafah (Caliphate) system. As Muslims condole over the Islamic Hijri centenary of the loss of the Khilafah, in Rajab 1342 Hijri, corresponding to March 1924 CE, it is increasingly apparent there is only one way for change. Indeed, the Khilafah represents a change in the political and economic order because of Islam’s injunctions. Islam obliges capacity building for security through the physical unification of Muslim states as a single Khilafah. Islam forbids military alliances with belligerent hostile states and only permits temporary treaties until such a time that they can be fought. On the economic front, the Khilafah had a thriving economy that was the envy of the world, with a gold and silver based stable currency, universal tax relief for the indebted, the poor and those unable to meet basic needs as well as a system of interest free loans and grants. No change without Khilafah is a lesson that has been sorely learned.