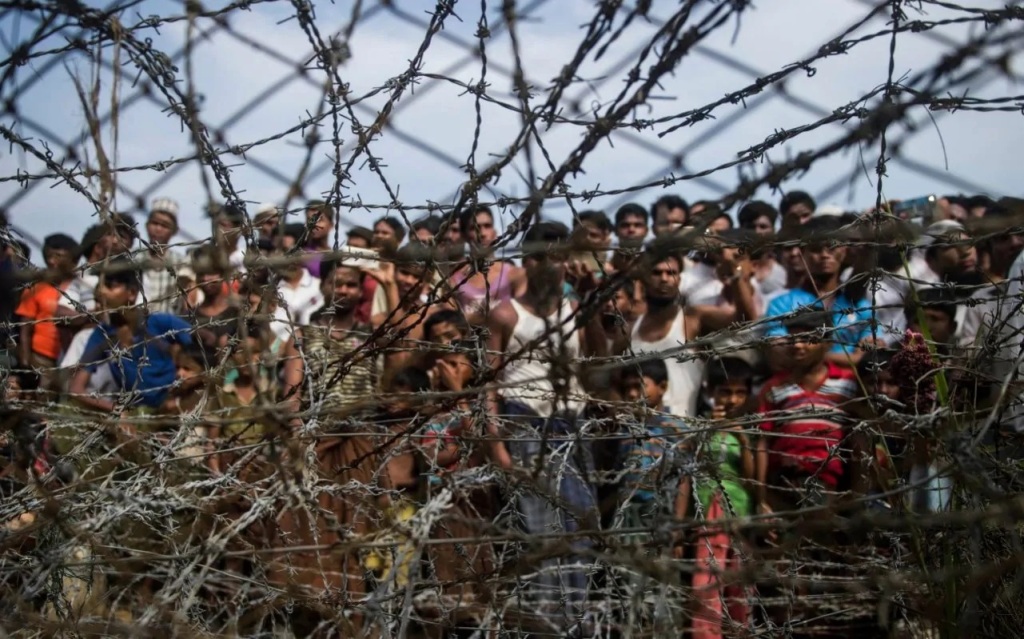 The home minister of Hasina government, Asaduzzaman Khan, said his government will soon install barbed wire fences around Rohingya camps in Cox’s Bazar, aiming to stop the spread of Rohingyas into the country. “We will soon install barbed wire fences around the camps as per the directive of the prime minister to maintain law and order in the camps and ensure safety and security.” (Dhaka Tribune, 26th September 2019)

The extraordinary planning to erect barbed-wire fences exposed Hasina’s hatred towards Rohingya Muslims which was kept concealed under the guise of the title “Mother of Humanity”. She has already started to portray Rohingya Muslims as potential regional threats of violent extremism (“Rohingya Crisis: It’s becoming a regional threat”, bdnews24.com, 29 September, 2019) – the similar idea that Mushrik Modi also carries and propagates about this stateless and persecuted Ummah (“India calls Rohingya refugees ‘threat to national security’”, Reuters, September 14, 2017). Even, linking the increasing crimes of robberies, murders, prostitution and drug trafficking in Bangladesh, this self-styled ‘mother’ has recently issued an ‘inhumane’ order to shutdown high-speed internet services in the Rohingya camps, making their lives difficult to properly communicate with their family members and relatives in Rakhine state. Her recent attitude towards Rohingya Muslims proved that she allowed them to enter not to protect them from the butchery of Myanmar government, rather to play devious politics with the sentiment of the Muslims in Bangladesh as well as to get international attention for her so-called ‘humanitarian role’. As that purpose has already been achieved and the utility of Rohingya crisis is over for her now, she is desperate to get rid of the ‘Rohingya burden’ anyhow. Thus taking the same position of her Mushrik master Modi by labelling oppressed Rohingyas as security threat, Sheikh Hasina is now planning to confine Rohingya Muslims in a cage depriving basic rights like how the illegitimate Zionist entity is dealing with Muslims in Palestine.