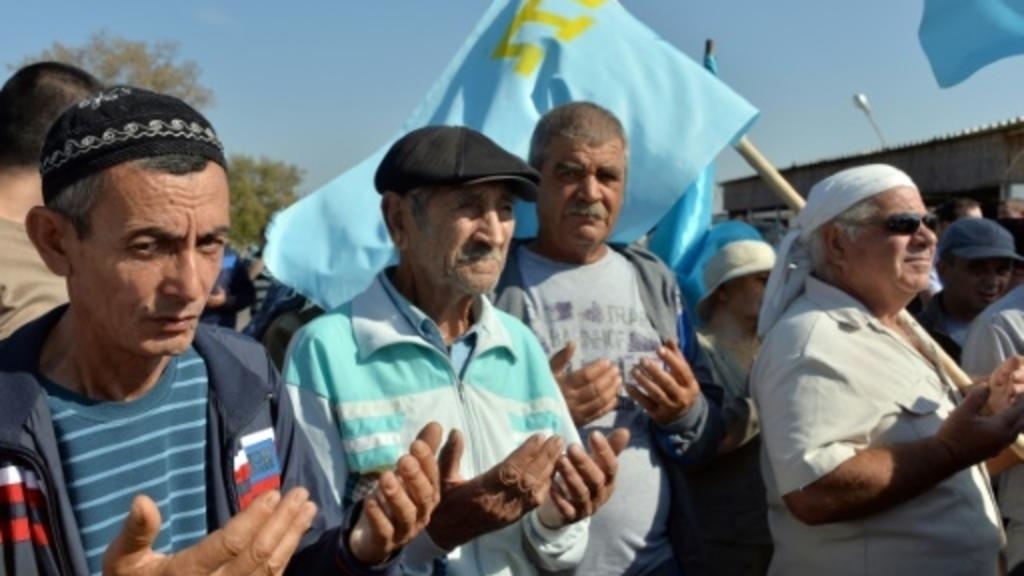 In annexed Crimea, Russia will build detention facility for 1500 people. Overcrowding of detention facilities increased after Russia seized Crimea and turned it not only to military base but also to prison. (Source: zn.ua)

Comment:
After entering Crimea, Russia started to practice its old methods over the Muslims of Crimea Muslims, and the Crimean Tatars – killings, detentions, searching, court trials and long term imprisonments.

Up to July 2019, more than 90 people faced politically motivated and religious motivated persecution and were detained. Eighty of them are Muslims, Crimean Tatars, where 63 people are charged with being members of Hizb ut Tahrir.

So the current detention facility in Simferopol, the capital of Crimea, is being filled with new detained persons, the significant part of whom are political prisoners. Their relatives complain about inhumane detention conditions: overcrowding of cells, unsanitary conditions, absence of normal food and medical care and of insect stings.

Overcrowding increased after Russian annexation. The only detention facility is located in Simferopol and it is overcrowded as was said by Russian General Prosecutor, Yuriy Chayka.

The capacity of the current detention facility is 747, and the new one will be built for 1500 persons. So, after Russia came to Crimea, the need for such facilities increased by 3 times.

Centuries ago, Russian policy was against Crimean Muslims anf Crimean Tatars, was eloquently expressed by the current so-called head of Crimean government, Sergey Aksenov, on April 27 2019. In that day, Crimea was shocked by massive 27 searching which resulted in detention of 23 Muslim Crimean Tatars.

This is the current state of Russia, the prison for nations, which represses every disagreeing person under approving exclamation of crowd. This is the same Russia that we have seen in tzar and the communist times, and the same Russia we witness under the current so-called democratic rulers. So it is not surprising that Russia builds large detention facility in Crimea.

But it is worse to mention that during Russian history, Muslims more than once witnessed situations when the approval of authorities by the crowd in one moment changed to indignation and infuriated crowd to overthrow Russian rulers. It was in 1917 when slogan “God, bless Tzars” changed to “Death to Tzar” and the authority was transferred from tzar to the communists. It was in 1991 when the words of USSR’s hymn (anthem) “United Forever in Friendship and Labour, Our mighty Republics will ever endure” that were heard on every corner resulted in Belovezha Accords about USSR’s disintegration and authority transferred from the communists to the current so-called democrats. And by the will of Allah we will witness the victory of Islam over this regime.

“As for those who do wrong, they will know by what overturning they will be overturned.” [26:227]