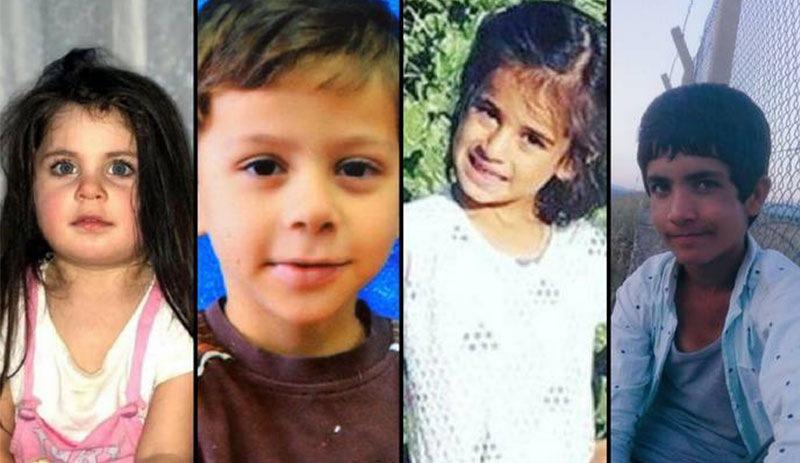 After the disappearance of the eight-year-old girl, Ayloul Yagly Qara, and was found dead eight days later, the body of the three-and-a-half-year-old girl, Layla Aidamir, who was lost on the first day of Eid al-Fitr was found 18 days later. Following these incidents, the subject of the death penalty as a deterrent was returned to public opinion. According to studies conducted by the Turkish Statistical Institute, the problem is not confined to the cases of Laila and Ayloul, which aroused public opinion. While the number of missing children reported in official reports reached 104,351 between 2008 and 2016, according to the statistics of the Turkish Statistical Institute, the number of children who fled their homes to the streets exceeded 26,168 minors. According to data from the Ministry of Justice in 2018, the number of cases of sexual exploitation of minors reached 16 thousand and 135 cases in 2010, and 16 thousand and 957 cases in 2015, 15 thousand and 51 in 2016, and 16 thousand in 2017.

While the vast majority of the people are oblivious to these statistics, the officials cannot be oblivious. Those officials were only exploiting the call for the resumption of the death penalty, which had become public opinion on the sidelines of these ominous incidents to garner more votes in the elections, taking advantage of people’s aspirations. These officials are well aware that the death penalty alone will not solve this problem. They are also unable to resume the death penalty because of their commitment to European Union law.

The system of Islam cannot be applied with the force of law, as in communism, nor by opening the door to freedoms, as in capitalism. There is no system other than Islam that has managed to secure happiness, tranquility and well-being for societies. Where the system of Islam is applied, steadfastness necessitated by the fear of Allah is manifested in individual Muslims, and the feeling of enjoining the Ma’ruf (goodness) and forbidding the Munkar (evil) prevail over their society, resulting in cooperation with those in authority who apply the provisions of Islam. Therefore Islam came with a system that agrees with man’s nature, satisfies the mind, and reassuring to the heart. The capitalist secular system applied in Turkey is a system contrary to man’s nature, corrupting his mind and his offspring, and fills the heart with fear and anxiety.

Therefore, the implementation of the system of Islam and the establishment of the righteous Khilafah (Caliphate) on the method of Prophethood, which brings happiness and protects lives, dignity and money in the society once again, and protects our beloved children, is an obligation upon Muslims, and a need for protecting their society.