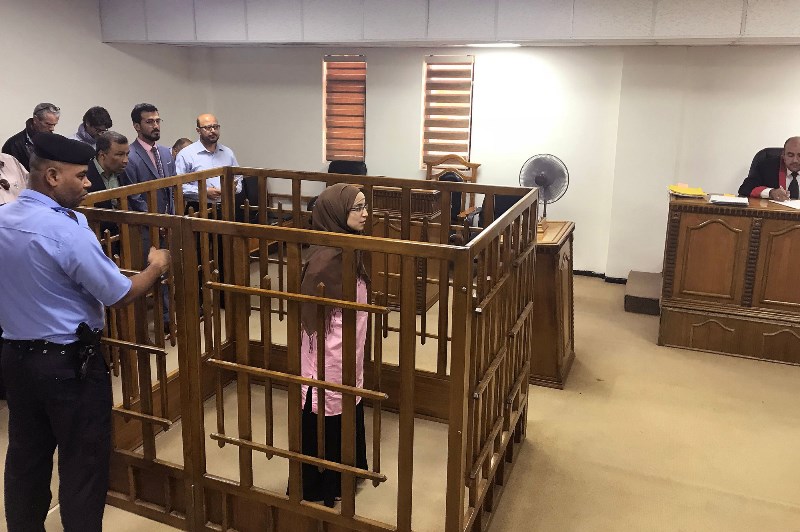 A Baghdad court has sentenced more than 40 foreign women to death after 10-minute hearings. Up to 1,000 women accused of belonging to ISIS are being held in Baghdad to be sentenced to death or life imprisonment during hasty 10-minute hearings. Many of these women are still minor and most of them have little children, and babies either in their arms or even their wombs. The whole heart wrenching article can be read on the Guardian.

It was the puppet oppressive regimes in the Muslim world who denied the Muslim Ummah access to learning and understanding clearly the ideas and concepts of Islam for more than 90 years. Yet one of the dirtiest games played by these puppet regimes was their support to the West’s newly invented pawn, the ISIS. They did not support ISIS financially or with weapons, but worse: They produced the political and communicational environment on which this ISIS could spread its wrong teachings to deceive Muslims. And they shut their eyes to the brutal slaughter of innocent Muslims in the name of Islam. It is due to these imprudent and treacherous rulers and regimes that very young Muslims fell prey to the Western tool ISIS. And now these traitor and pestilent regimes and courts continue their support to the West’s ISIS game in a different way. They sentence innocent, vulnerable, and powerless women – most of them even too powerless to conduct any crime at all – with their babies in their arms or even wombs to death or life sentence – and all within a 10 minutes trial. The only crime factor which these courts can produce is the naivety of these women and their male relatives in believing the promises of ISIS of a better Islamic life, for which they even left their homelands and beloved families. Iraq’s puppet, merciless, remorseless rulers and courts receive their orders directly from France and other Kuffar countries, which is clearly expressed in the Guardian article: “France and other European countries remain hostile to those of their citizens who are now facing Iraqi courts, insisting they should face local justice abroad. The French government has shown some leniency towards children orphaned by the fighting, but none towards adults who made decisions to join the group.” Thus they too do not show a glimpse of mercy towards these innocent women – of whom a large number is still at minor age – and their children. They accomplish the “Modern Times Witch-Hunt of the Kafir West!”

And all the other Muslim leaders and countries do the same like Iraq… They obey their Western masters! Either they kill their Muslim sisters and children with their own hands – like Saudi Arabia in Yemen… Or they occupy the minds, hearts and will of their people with the mud of nationalism and patriotism in order to prevent them from uniting their powers and wills against any oppression towards Muslims in this world. The hearts of these traitors might never again get a chance to repeal from their mistakes – Allah knows best…

We as sincere Muslims however will not simply sit and wait for a miracle to change these heinous regimes! We work to change them from their roots, for Allah (swt) said clearly says:

So we respond by saying: سَمِعْنَا وَأَطَعْنَا “We hear and we obey.” – Confident of our success till the deepest cell of our hearts for our Lord promised: وَأُوْلَئِكَ هُمُ الْمُفْلِحُونَ “And those are the successful.” [An-Nur 51]