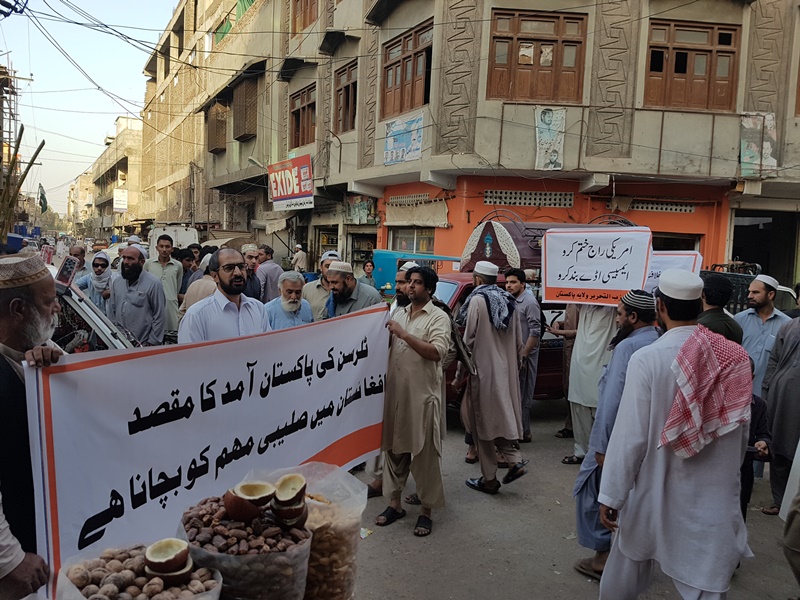 Hizb ut Tahrir/ Wilayah Pakistan protested against Pakistan’s rulers accepting the US Secretary of State to visit Pakistan, extending him diplomatic protocol and entertaining his new requests of Pakistan. Mr. Rex Tillerson’s visit to Pakistan comes at a critical juncture for Trump, as Trump struggles for a face-saving solution from the Afghan quagmire, in which an agreement with the Taliban would allow a continued US presence.

As always, the key to securing US interests in the region is Pakistan and so Trump today depends on the collaboration of Pakistan’s current military and political leadership, just as Obama and Bush did before him. Indeed, how could America from an ocean away, with a crippled economy, low political prestige and demoralized military, secure its interests in a region, where the formidably powerful Pakistan could challenge and oppose her? Left to its own devices, without any help whatsoever from Pakistan, the US could never secure a permanent presence for itself in Afghanistan, in another sixteen years or even sixteen decades. Its certain fate would be that of the British Empire and Soviet Russia before it, battered, bloodied and bruised, withdrawing in humiliation, never daring to return and regretting the day it decided to ever confront the hardy, defiant Muslims of Afghanistan.

Hizb ut Tahrir/ Wilayah Pakistan urges the sincere men within Pakistan’s armed forces, intelligence and Ulema to firmly reject the rulers’ pleading to herd the Afghan Taliban onto the negotiation table. On the contrary, they should send a message to their brothers in the Taliban that they must remain firm in their covenant to Allah (swt) and His Messenger ﷺ, conforming fully to the speech of Allah (swt), Al-Qawwi, Al-Azeez,

“Do not be faint hearted, begging for peace when you are uppermost and Allah is with you and will not waste your efforts.”

O Muslims of Pakistan’s Armed Forces! Pakistan, the Pure, the Good, has the resources that rival and even exceed that of the world’s major powers today. It is blessed with a people who have been firm with Islam since the time of the Khilafah Rashida (righteous Caliphate), irrigating its lands with their blood, in the pursuit of victory or martyrdom. It is the gravest of injustices that the resources of such a land and such a people are used in any way to further the ambitions of Trump, by a single word or deed. Come forward now and grant the Nussrah to Hizb ut Tahrir for the re-establishment of the Khilafah on the Method of the Prophethood, so that Pakistan rises to its true potential, a power that can rip apart the plots and plans of the malignant United States.

“Here is a Message for mankind: that they may take warning there from, and let them know that He is (no other than) One Allah. Let men of understanding take heed.” 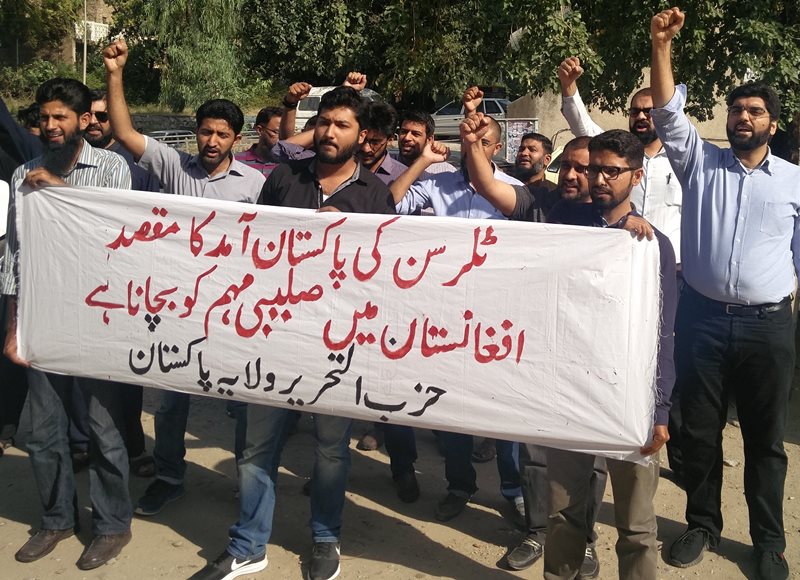 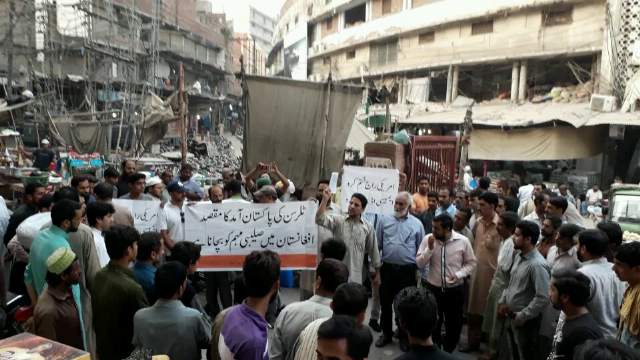 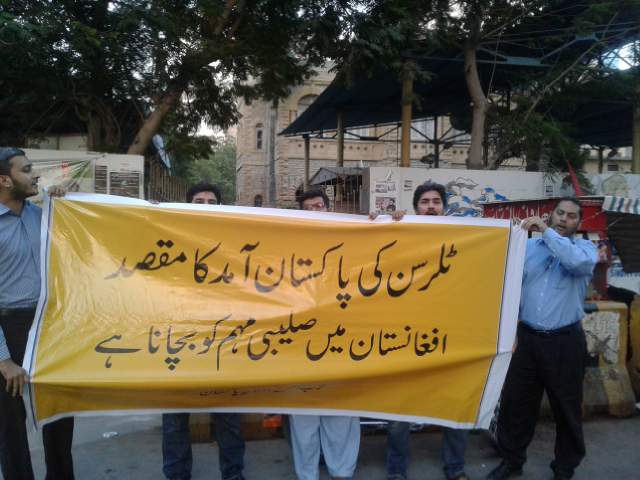