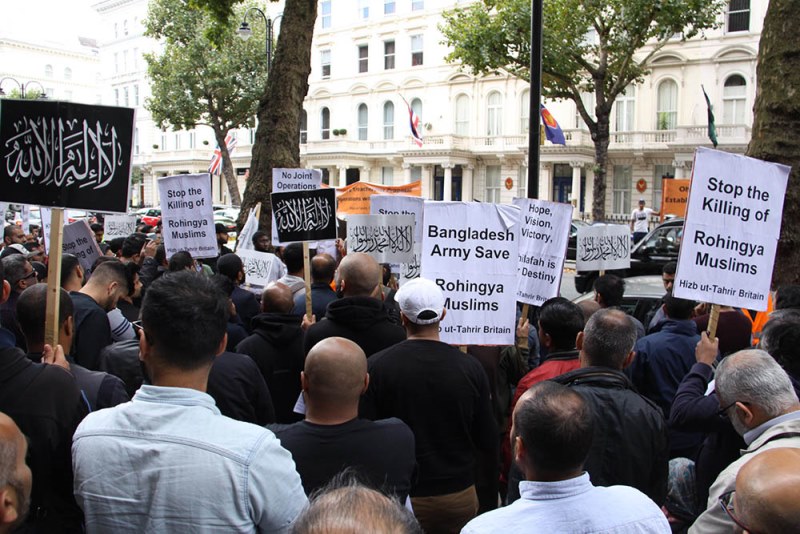 UTROP (Outcry), a Norwegian biweekly newspaper, featured an article on December 13 titled “Islamistgruppe misbruker rohingya-flyktningene“, that translates to ‘Islamist Group exploits Rohingya Refugees’, on Hizb ut Tahrir – the popular Islamic political party in Bangladesh. The so-called investigative reporting by Lucy-Emilie Andersen was chock-full of delusive and worn-out news about the activity and objective of the party that was aimed to create cheap sensationalism just to feed into the typical Islamophobic cries of the West.

We, the Media Office of Hizb ut Tahrir, Wilayah Bangladesh, strongly condemn the stated piece of news propaganda which has no other objective than to damage the image of the party. Furthermore, we want to make the following points clear to the said Western media outlet, reporters, and the like for whom producing such pseudo-investigative reports has become a norm, even though we know that would fall on their deaf ears.

This is an undeniable fact that their media outlet is also an integral part of the on-going western neo-imperialism in the Muslim world. Certainly, their value judgments on political Islam in the form of systematic manipulation of truth should not be viewed outside this paradigm. Thus, being fully aware of the fact that Hizb ut Tahrir operates wholeheartedly to look after Muslims’ affairs in a non-violent way, they try to label the party as ‘extremist’ which, in their words, is trying to exploit the ‘vulnerable’ Muslims ‘with the purpose of gathering support and support for their own organization’. The despair, seeing the rise and bold activism of Hizb ut Tahrir, made their reporter fail to realize that the party treasures a close-knit relations with the Muslims due to which the party is still in full-swing within the society despite the illegitimate banning on the party by the fascist government. Reporter Andersen’s ‘not-well-researched’ investigation thus failed to identify that Hizb ut Tahrir reflects the entire society of Bangladesh and it is formed with the people of all socio-economic strata, not only with the ‘vulnerable’(!) ones as she falsely reported in the news. For us, all the Muslims in Bangladesh are vulnerable at the hand of the puppet rulers of the belligerent West.

We would also like to stress the point that this misleading news was an attempt to shift the blame from the Machiavellian politics being played by the regional and international players to Hizb ut Tahrir. The party was not wrong to highlight the fact that without the righteous Khilafah (Caliphate), the sufferings of the Rohingyan Muslims will not come to an end. It is now as clear as daylight that the United Nations, the OIC and all the other pressure groups are totally useless while the current Muslim rulers are hypocrites that have simply played with Ummah’s emotions by rhetoric and crocodile tears only. Instead of pointing out the treachery of the Muslim rulers to save the Rohingya, the open support by the regional powers, India and China, to Myanmar government, and the tacit approval by the international players, USA and UK, to continue the Rohingya massacre, the reporter Anderson has chosen to put all the blame on the truthful activities of Hizb ut Tahrir that is exposing the conspiracies and plots against the Rohingya Muslims.

We, from the Media Office of Hizb ut Tahrir, Wilayah Bangladesh, want to make it loud and clear that we are not undertaking any new strategy that is dubious in nature, nor are we proposing any idea that is deemed to be unscrupulous by the Muslims in Bangladesh. Our objective and method are well defined and well accepted and based on the divine Shariah. We never exploit Muslim’s sufferings for political gain, rather we make it our obligation to stand beside the Ummah and present them the correct solution. Hizb ut Tahrir as a political party will always work to protect the affairs and values of the Muslims, and will always continue to work for the reestablishment of the rightly guided Khilafah (Caliphate) on the method of Prophethood.