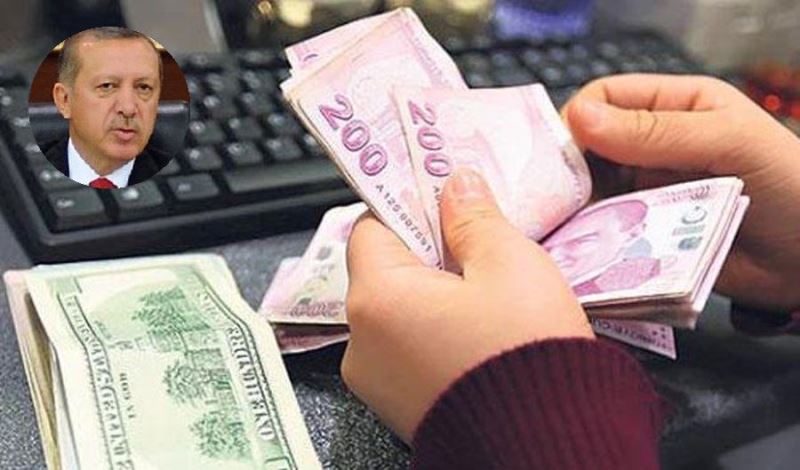 After weeks of turmoil, Qatar has come to Turkey rescue as its currency plunged causing a severe economic crisis. Qatar offered Turkey $15 billion of investment according to Turkish officials, following a meeting between Qatari Emir Sheikh Tamim bin Hamad Al-Thani and President Recep Tayyip Erdoğan in Ankara on Wednesday August 15th. This is a huge reversal of fortunes for Erdogan who has built much of his domestic credibility on strong economic performance even earning the title ‘Erdogonomics.’ But the underlying problems that have caused this crisis have not been addressed and will continue to haunt Erdogan.

Ever since Erdogan rose to power in 2002, he aligned himself with the business elite. Erdogan travelled to China, Brazil, India, Russia and the African continent with plane loads of businessmen and women in order to promote Turkish business interests. His friends and supporters saw the entire public sector gradually privatised which previous military regimes kept a tight grip on. Public infrastructure investments were made possible without burdening the Treasury, through the ‘build-manage-transfer’ privatisation method. This created immense opportunities for Erdogan’s business friends and allowed many low-income groups to climb up the affluence ladder. By 2013, Erdogan was celebrating when he repaid Turkey’s last loan instalment to the IMF after a 52-year relationship. By 2014, Turkey became a MINT nation (Mexico, Indonesia, Nigeria and Turkey) who were considered the next economic giants.

Unlike other high-growth countries, such as China, which focused its economy on manufacturing and exporting products to the global market, or Russia, which grew off the back of global demand for its commodities, Turkey’s boom was largely based on domestic consumption. While Turkey’s export capabilities did grow, notably in goods such as washing machines and other electrical appliances, its growth rested overwhelmingly on consumption and the construction sector. Much of Turkey’s economic expansion over the last few years has been a result of a building explosion financed by easy credit that went into construction and development giants that happen to be Erdogan’s political allies, by providing state loan guarantees and other tools to ease loans. A wave of Foreign Direct Investment (FDI) from Germany, France and the Netherlands, in many sectors of Turkey’s economy also gave rise to the country’s economic successes.

Erdogan’s economic success was built upon foreign borrowing, which has today reached an astronomical $453 billion: this is more than 50% of its GDP. Its current account deficit, the gap between its imports and exports, widened to $47.1 billion in 2017 compared to $32.6 billion the previous year. The Erdoğan economic model came to be associated with gleaming high-rise buildings, gargantuan infrastructure show-pieces and elevated growth rates, not appreciating that Turkey’s growth model is too reliant on consumer spending and government-sponsored infrastructure and construction projects funded by speculative financial flows rather than on sustained investment into manufacturing. Turkey’s savings rate has been decreasing steadily since 1990, and currently it has one of the lowest savings rates in the world. A low savings rate means that to attract more deposits, interest rates on deposits must be high. Turkey has a higher deposit interest rate relative to average rates in the rest of the world; this in turn attracts “hot money”, money looking for short term profit.

Erdogan’s economic model was never sustainable and focused on short term gains rather than building a sustainable economy based upon domestic sources, such as manufacturing. Instead, Erdogan depends on borrowing from external sources, which makes a nation reliant upon the sentiments of foreign creditors. This type of growth is sustainable as long as foreign investors believe they can achieve a better return for their money in Turkey than somewhere else; when they lose faith, the ensuing loss of liquidity can cause sizable problems.

Erdogan’s magic has now been exposed; his economic miracle in reality was built upon sand, which is now crumbling.