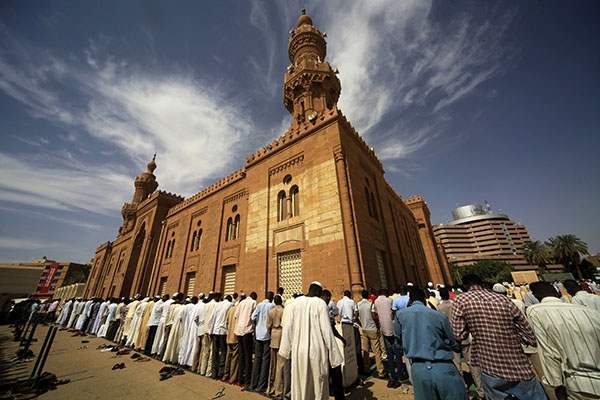 Against the background of a leaflet distribution by members of Hizb ut Tahrir / Wilayah of Sudan, that was issued by the party entitled: “Let It Be a Fortified Revolution that Achieves Its Goals of Real Change”, the security authorities arrested the following Brothers:

The above leaflet was distributed on 28/12/2018, after Friday prayers in most mosques in the capital and other cities of Sudan. The leaflet carries messages to the revolutionaries, the security and police forces and to the people of power and protection.

Does this warrant the arrests? The messages stated in the leaflet are from the Shariah, by Allah, they are words weighed by the balance of gold, and written with the light of guidance. They should have helped those who distributed it, and thank them for it. It is the advice that the Prophet ﷺ stated: «الدِّينُ النَّصِيحَةُ» قُلْنَا: لِمَنْ؟ قَالَ: «لِلَّهِ وَلِكِتَابِهِ وَلِرَسُولِهِ وَلِأَئِمَّةِ الْمُسْلِمِينَ وَعَامَّتِهِمْ» “The Deen is naseeha (sincere advice).” We said: to whom? He said: “To Allah, His Book, His Messenger and the Imams (leaders) of the Muslims and the general people.”

Members of Hizb ut Tahrir who have been arrested know that this is a tax of carrying the call, and they accept it with joy, awaiting the glad-tiding, and they are not afraid. However much you arrest from the Dawah carriers it will not delay the real change, it is coming, Allah willing. It is the glad-tiding of the Messenger of Allah ﷺ who said: «ثُمَّ تَكُونُ خِلَافَةٌ عَلَى مِنْهَاجِ النُّبُوَّةِ» “Then there will be Khilafah on the method of the Prophethood.”