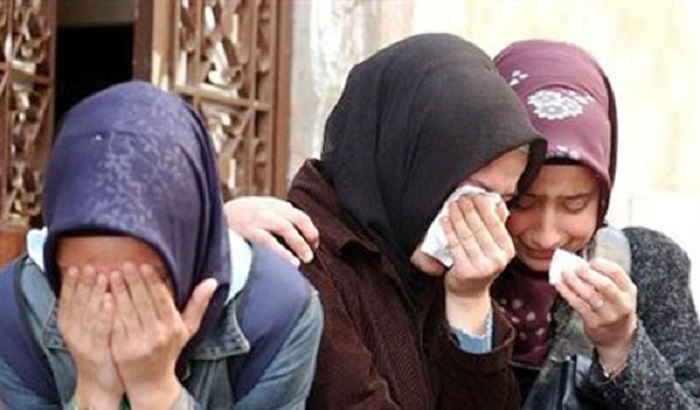 Administrative Court of Tashkent began to consider a lawsuit, initiated by the father of a 17-year-old girl – student of lyceum at the International Islamic Academy, for whom administration of the this educational institution prohibited attending classes in a Muslim headscarf, – reports the Uzbek edition of Radio Liberty. “I filed a lawsuit demanding the abolition of the university’s internal act prohibiting female students of the International Islamic Academy and students of his lyceum from attending classes in a headscarf”, – informed journalists the plaintiff Abduvohid Yakubov, a lawyer by profession. The media have already reported before, that some university students are forced to take off their headscarves and wear a wig or national skullcap to enter the educational class. Since the beginning of the new school year at least four students of the International Islamic Academy in Tashkent have been expelled from the university for absenteeism because of this ban of hijab.

Battles about wearing the hijab don’t stop in Central Asia. Women’s Islamic clothing regularly becomes a center of conflicts between authorities and societies in different countries, and it would not be an exaggeration to say that dictators set a goal to erase the hijab from the identity of Muslim nations, and they make massive efforts in this direction. At the same time, it should be noted a fierce resistance against these prohibitions by the societies, a good example of what is this lawsuit in Uzbekistan.

Regarding the situation in Uzbekistan, it should be noted that the ban on wearing the hijab has been implemented in the country since long ago, since the days of ruling by the well-known enemy of Islam — Karimov. Since that time according to the law wearing the hijab was an administrative violation, that caused detention and administrative punishment. The situation was the same until the death of Karimov in 2016, after what the new president Mirziyayev started the populist reforms aimed making his image of a “liberator of the people from the oppression of the former regime”. The people of Uzbekistan accepted the abolition of bans on performing namaz and visiting a mosque, permission to make azan through loudspeakers from mosque minarets with so much enthusiasm, that without thinking twice, began to demand also the cancelling of the ban on wearing the hijab. The observers noted, that this requirement triggered Mirziyayev to stop immediately and almost completely stopped his large-scale reforms in the religious sphere – in the shortest period of time all the just opened Islamic TV programs were closed, the azan from the minarets was again prohibited, children were again banned for visiting mosques, etc. Thus, Mirziyayev by himself or after urgent recommendation from foreign curators realized that wearing the hijab is an important political action, and lifting the ban with the subsequent return of the hijab to public life can become a point of no return in the process of Islamic revival of the people of Uzbekistan.

It should be mentioned also, that in December 2018 the Tajik authorities announced their intention to adopt a bill prohibiting entering by women in the hijab to any institution — public or private. Earlier, in 2017 the government already passed a law banning the wearing of the hijab in public places, but due to active resistance from the people, this law was never fully implemented. But the Rakhmon’s regime “does not despair” and methodically, step by step, trying to realize the experience of Uzbekistan and to finally ban the hijab. By the way, the consideration of the last law caused the greatest resonance in Tajik society: a massive flashmob started among the people, that people of the country took part in – hundreds of men and women of different ages and social statuses published videos stating that they stand against the ban on wearing the hijab and would not allow the implementation of this law. Undoubtedly, this phenomenon deserves the praise and special attention, and also represents an excellent example of the struggle by Muslims for their religion in the conditions of the tyrannical regimes of Central Asia.

It should be noted also, that a similar situation regarding wearing the hijab with slight differences and with the different stages of implementation of the hijab ban can be seen in all other countries of Central Asia (Turkmenistan, Kazakhstan and Kyrgyzstan), and indeed in the whole post-Soviet area (the colonized by Russia Muslim Volga area region, Urals and Caucasus, Azerbaijan, Georgia). It’s important to understand, that the Hijab as an important political and ideological marker widely becomes a subject of attacks by the regimes, and this struggle should be exposed to the maximum coverage and support from the Muslims of the rest of the world, who mostly do not face this kind of oppression.