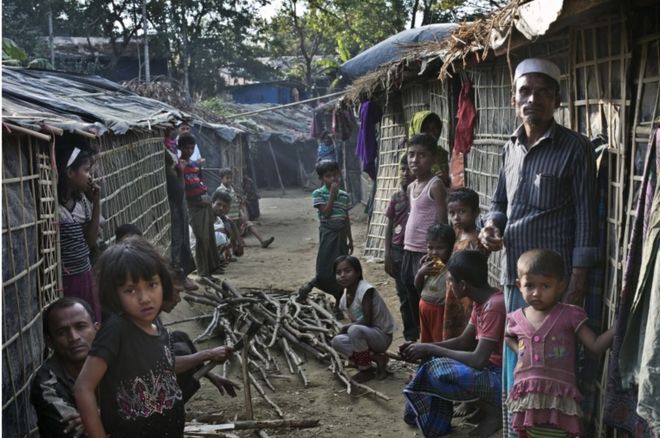 On the 16th of November 2018, a UNICEF press briefing took place at the Palais des Nations in Geneva. It addressed the support of Bangladesh as it revoked its position of the return of Rohingya refugees amid wide scale protest from Muslims held in refugee camps. Christophe Boulierac, UNICEF spokesperson in Geneva, is quoted as follows,

“This week we have seen widespread reports that Rohingya refugees in Bangladesh may be forcibly repatriated to Myanmar, reports that UNICEF views with the utmost concern, at how such a move would affect children…..The camp authorities reinforced the message that while they are ready to repatriate refugees on a voluntary basis, no Rohingya refugees will be forced to return to Myanmar if they do not wish to do so……We welcome this move by the Bangladesh government.”

The idea that the decision has been made not to force the Muslims back to Myanmar’s brutal oppression is no real victory for this Ummah as what it reflects is a cold and inhumane acceptance that thousands of women and children are forced to live as if they were animals imprisoned in a low-grade zoo, that is the refugee camp system. They are abused by the very nations that profess the higher moral ground and their dignity is violated under the hypocritical banners of Humanitarian Law that cannot bring any justice to the murderous actions of leaders that are afforded honorable titles and continue to apply racist policies without deterrent. This contraction of praise and the truth of what is happening was inadvertently proven by the UN representative himself when he stated in the same press conference;

“Just a few days ago, on 13th November, the Office of the UN ….continues to receive reports of ongoing violations of the rights of Rohingya remaining in northern Rakhine, which include allegations of killings, disappearances and arbitrary arrests, as well as widespread restrictions on the rights to freedom of movement, health and education….Many organizations that worked in northern Rakhine State prior to August 2017 have been unable to resume activities to the extent desired…..due to restrictions by the Government of Myanmar.”

So here we have a clear admission that international laws are powerless to make any real change and that is why we see mass suffering for years on end for those the Muslims living in Myanmar and even for those that have left. The Khilafah could not accept the killing and dishonoring Muslims under attack and would immediately send material support to end any such actions by any entity on earth. Furthermore, the idea of long term refugee camps never existed in the history of the Khilafah as citizenship was afforded on a clear political agenda that served all manner of people from different backgrounds. This is the only system that must be looked to when we consider a vision for success and victory for the Muslims as Allah (swt) states in the Quran in Surah 24 verse 55.

“Allah has promised those among you who believe, and do righteous good deeds, that He will certainly grant them succession to (the present rulers) in the earth, as He granted it to those before them, and that He will grant them the authority to practise their religion, that which He has chosen for them (i.e. Islam). And He will surely give them in exchange a safe security after their fear (provided) they (believers) worship Me and do not associate anything (in worship) with Me. But whoever disbelieved after this, they are the Fasiqoon (rebellious, disobedient to Allah).”