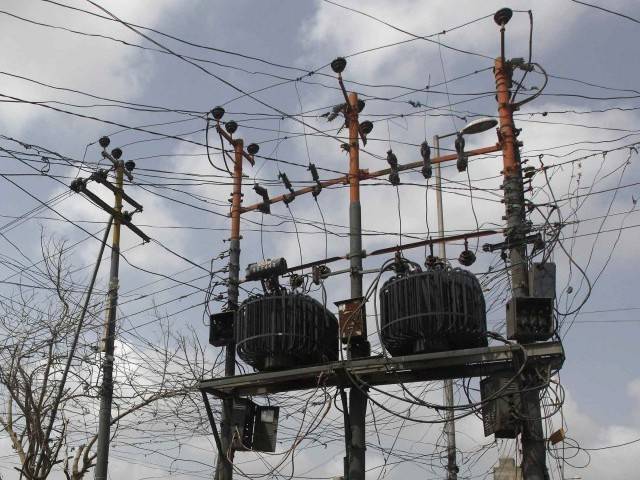 Government in Talks with Neighbors over Electricity Import: PM

Prime Minister Sheikh Hasina on Wednesday said Bangladesh is now in talks with its neighboring countries to import electricity to meet its growing demand. She said this while inaugurating four power plants, eight 33/11 KV GIS sub-stations and hundred per cent electrification at 10 upazilas in seven districts across the country through a videoconference from her official residence Ganabhaban. She also asked people to maintain austerity while using electricity as the government is providing it to the consumer at half of its production and transmission cost. (September 11, 2019, Financial Express)

The secular regime of Bangladesh is nakedly working to establish the dominance of colonialists and their regional Mushrik ally India over the different strategic sectors of the country; power and energy is one such sector. Once this treacherous government stressed on expensive quick rental schemes, small scale oil-based power plant, which are mostly owned by corporates associated by the regime, while it could have focused on large power plant using the available natural resources of the country. Moreover, the government purchased electricity from these power plant at a very unusual rate and through this process capitalists were awarded opportunity to loot public money legally and systematically. Hasina government revised electricity tariff at the consumer level to ensure the steady flow of income of these power plant owners.  Later, she started the process to establish the dominance of India over the sector by providing scope to develop joint power plant (such as Rampal), allowing Indian corporates to establish power plants.  Recently, the government agreed with Indian Reliance to establish 750 MW LNG run power plant (Bangla Tribune, September 12, 2019,) while it has failed to operate same kinds of the power plant in India for high production cost, which is one of the glaring examples of the betrayal of Hasina.  Hasina’s statement to import more electricity is a continuation of her ill-ruling which is intended to exploit the Ummah and maximize the benefits to India. We need to pace up and start working to eliminate the root cause of this wholesale looting of the money and resources of the Ummah, that is, the secular capitalist regimes which are artificially created and forcefully imposed upon us to look after the interests of the Imperialists.

World Suicide Prevention Day: What is Bangladesh doing to reduce the Risk of Suicide?

The rate of suicides is sharply increasing in Bangladesh, according to data from Police Headquarters. In 2017, 11,095 people committed suicide in Bangladesh, which means, on an average, 30 people kill themselves every day. Barisal topped the list in 2017, with a total of 2,585 deaths by suicide. Experts warn that the rate of suicide might increase even more. They said people go through many hurdles and trauma in their daily lives but they do not receive the necessary social and psychological support to overcome these issues. They feel suicide is their only option out of their troubles. According to data from Police Headquarters, among the 11,095 people who committed suicide in 2017, 569 of them hanged themselves, 3,467 took poison, and 59 people set themselves on fire. In 2016, the total number of suicide in Bangladesh was 10,600. In 2017, the number increased to 11,095. The rate of suicide is increasing each year.  (Dhaka Tribune, 10th September, 2019)

The reality of the capitalistic way of life is so animalistic that the outcome of such code of behavior is identical to that of a jungle. Here people live with a norm called ‘survival of the fittest’ and all the rest are left behind either to accept a slave’s life or to take the last breath. All kind of people are suffering under huge agony from every age group to every ethnicity regardless of color, language, customs and income or social status. Capitalists manifests this way of life through democratic political system. In the capitalist democratic system any decision can be taken by a few powerful elites. But these culprits can easily escape the charges by putting a defense that they have people’s mandate. Living under such man made system is not only a great sorrow but also a great shame.

If we see what is happening in Bangladesh right now and also in its recent past that a few powerful elites set a dictator or an elected cabinet to decide on behalf of them. They pass laws on all issues education, finance, internal and external securities, culture and religion etc. They try to shape our life the way it benefits the interests of the capitalists, not according to the commands of the Creator (swt) of Man and Life. As a result, atrocity spreads everywhere. General people are unemployed, under-fed, kept in malnutrition, unsafe, people’s honor and dignity is looted, raped and after all these there is no justice under the democratic legal system. We can imagine the conditions of people’s mental health if this kind of brutal system rules over decades after decades. It seems, as time passes, nothing is left of our Islamic traditions that could have safeguarded us from decisions like suicides.

So-called democratic regimes, like that of Sheikh Hasina, gave us some disgraceful international recognitions – like being the top corrupt country in the world, having some of the most unsafe cities in the world, and our capital being the dustiest city, our people being the most stressed out. We have a growing percentage of unemployment, hundreds and thousands of factories are being shut down, capital machinery import has become significantly low (of course no import substituting industry is being set) which shows low business confidence. Young people are being burdens for the family as there are few job opportunities, so young people are not being able to marry at the right time. This creates huge pressure for them. People are becoming so individualistic and selfish that no one cares if anyone else needs help. The capitalism nurses the vulgarism and alcoholism at every corner and stages of life. As a result, extra marital affairs, unrest in family life, drugs, pornography, rape, sexual harassments, dishonesty etc. became wide spread. Only in 2017 and in 2018 more than fifty thousand divorces were registered each year. But at the same time we see surprisingly our country is supposedly having the status of highest GDP growth, and Sheikh Hasina is being recognized as the most powerful female rulers in the modern history. This actually proves that there is somebody out there with a stick if you say ‘no’ to her. And a high rate of extra ordinary GDP growth proves that there is an elite class who is enjoying an extra ordinary profit by looting people’s money, wealth and liberty and thus destroying peace. By creating a hectic, unlivable environment, it is not surprising that people living under Capitalism/Democracy become frustrated and completely hopeless in their daily struggles. So, the only way our people can have a tranquil and satisfactory life is to reject this manmade system, and to live according to the system our Creator (swt) provided us with.