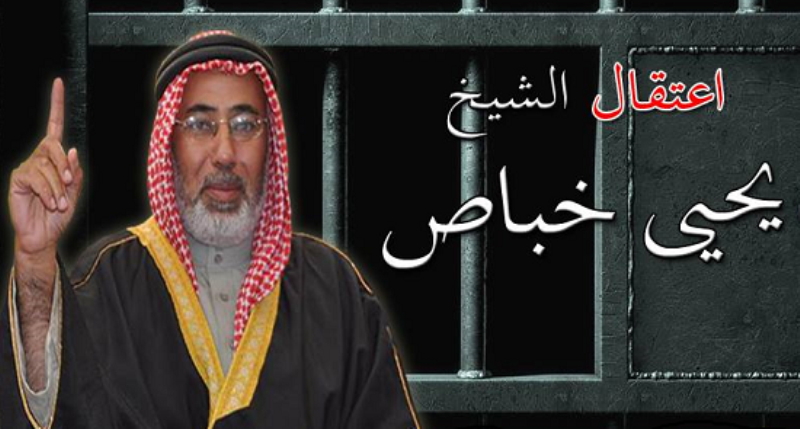 The security agencies of the Jordanian regime, on the day before yesterday, arrested Sheikh Yahya Khabas, and after searching his house they transferred him to Al-Zarqa intelligence office, and then transferred him to Al-Zarqa court, where he was charged with affiliation with Hizb ut Tahrir. The judge decided to release him, but the security agencies insisted on presenting him to the governor of Al-Zarqa, who played his repressive role of sending him to Marka prison without any consideration for his senior age, his status or the reason of his arrest which is carrying the Islamic call (Dawah), considering that carrying the Dawah and working to arbitrate Islam is a crime worthy of prevention, exile and arrest!!

Sheikh Yahya Khabas is a retired Imam of mosque, a teacher of the provisions of recitation (tilawa) and Tajweed of the Holy Quran and a well-known figure in conciliation between people, and here he is presented to the law of crimes prevention like criminals and recidivists!!

We reiterate such repressive actions by the security agencies will not deter the Shabab of Hizb ut Tahrir from moving forward with the political work to resume the Islamic way of life by the establishment of Khilafah Rashidah State (rightly guided Caliphate) on the method of the Prophethood.