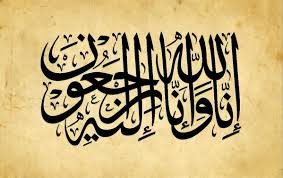 “Indeed We Belong to Allah, and Indeed to Him We Will Return.”

The Central Media Office of Hizb ut Tahrir offers its condolences to the Muslims of the death of one of Shabaab, Brother Holmatov Ikrom Dovutovich, born in 1979, a native of Korasuv town of Andijan region.

Brother Ikrom, Rahmatullah Allah alaihi, from the beginning of Hizb ut Tahrir’s call in Uzbekistan, was involved in all activities of the Hizb, whether it was distribution of leaflets or ardent calls in the mosques of the city. His activity was noticed by Karimov’s criminal regime. Brother Ikrom was arrested in 2003, his sentence continued through 2005 where he was released.

The arrest and imprisonment did not break our brother Ikrom, Rahmahu Allah, but on the contrary, made him work harder for the revival of the Islamic way of life with the establishment of the righteous Khilafah (Caliphate) upon the method of the Prophethood. The criminal Karimov regime again arrested Brother Ikrom in 2006 and imprisoned him for 10 years to be served in Colony UY 64/49 in Karshi.

Colony UY 64/49 is a so-called “red zone” where the prison administration controls everything and carries out their crimes without mercy. Human rights activists say that this colony is one of the most brutal colonies of the country. They openly mock the prisoners, humiliate and torture them, forcing them to work at the brick factory located in the colony. The inhuman conditions and merciless heavy labor affected the health of our Brother Ikrom. He got tuberculosis. In November 2015, he was released on parole, as his health deteriorated. After his release, having lived not a whole month Ikrom Holmatov became a martyr inshaAllah.

We in the Central Media Office of Hizb ut Tahrir express our deepest condolences to the family of our brother Ikrom, Rahmahu Allah. We ask Allah Almighty the Exalted to bestow patience, solace and steadfastness upon his family and to give them the ajar through this hardship, asking for the reward for his efforts. We also ask the Almighty the Supreme to hasten the victory to grant the Islamic Ummah and to fulfil His promise of the establishment of the second Khilafah Rashidah State upon the method of the Prophethood, strengthen it, which will release all Muslims from the prisons of the tyrant Karimov and punish everyone who participated in the arrests, tortures and killings of Muslims in Uzbekistan. Allah Almighty the All-Able over that says in His Noble Book:

“Among the believers there are men who have been true to the contract they made with Allah. Some of them have fulfilled their pact by death and some are still waiting to do so, not having changed in any way at all”