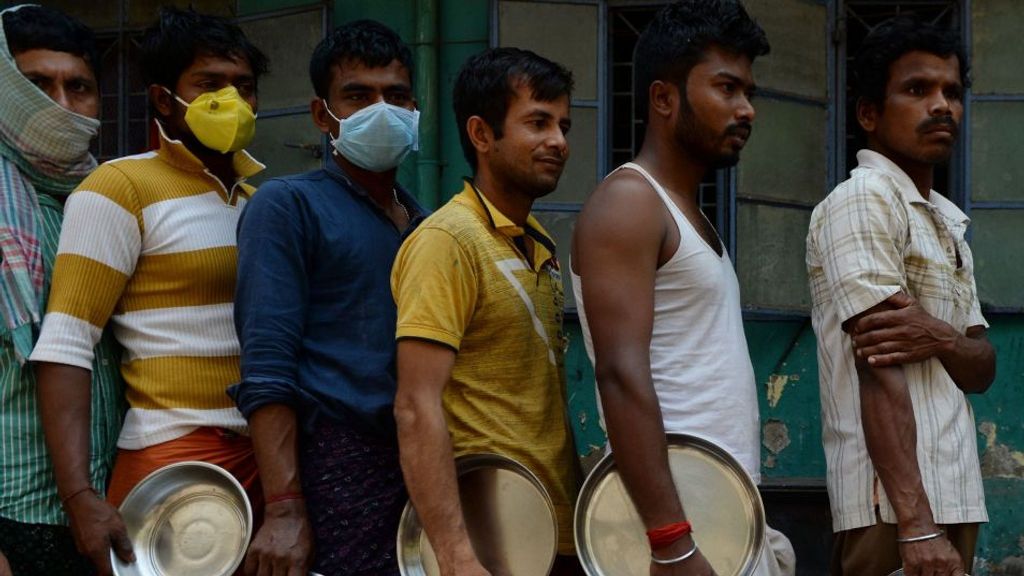 India’s poorest fears hunger may kill us before coronavirus. “21-day lockdown means for labourers without work”. Robbed of their daily income, daily wage earners and labourers sit out during the nationwide lockdown, cramped in tiny shanties in cities or in villages.

Finance Minister Nirmala Sitharaman announced a series of measures to aid the poor and daily wage earners. This includes a relief package worth Rs 1.7 lakh crore ($22.5bn) under the Pradhan Mantri Gareeb Kalyan Ann Yojana (PMGKY). The relief measures include 5 kg rice or wheat for free for 80 crore poor-about two-third of population, for the next three months. This will be in addition to the 5 kg of staple they are already are eligible for (Source:  ThePrint and BBC)

Indian government sudden announcement of 21 days locked down has spread the shock waves among the people regarding their survival. For many, this lockdown had caused worry than what the spread of coronavirus had created. Without proper infrastructure, administration and management, it is a question for many that how Indian government will ensure the survival of 1.3 billion people especially those who cannot afford for their survival during this lockdown. According to the International Labour Organization, 90% of workforce in India is employed in the informal sector, including agriculture, working in roles like security guards, cleaners, rickshaw pullers, streets vendors, garbage collectors and domestic helps. The scenario is different in the metropolitan cities, small cities and in villages. With limited resources, people can somehow manage to cope up with life in small cities and villages but in metropolitan cities, there cannot be a day without a nightmare for the non-agro informal sector workers.

The problem is that the government distribution system doesn’t reach the poor and vulnerable efficiently so that they get the full benefit of the relief services. By just blindly following the lock down exercised by various countries during the covid 19 outbreak, the Indian government has decided to lock down the country to prevent the spread but such a sudden decision without taking into account the impact it would have on the people of various sections is certainly a cause of great concern to many.

According to most critics, the current shut down could probably let people of lower economic segment die from hunger prior to the spread of the virus because of the poor management system. The government has insufficient infrastructure to accommodate the large number of infected patients like in China and other Western countries.

RasulAllah ﷺ said, «فَالْإِمَامُ رَاعٍ وَهُوَ مَسْئُولٌ عَنْ رَعِيَّتِهِ» “The Imam is the guardian and he is responsible for his charge.” [Bukhari]. Without the Khilafah (Caliphate) on the method of Prophethood, people are truly like orphans without a guardian. It is upon the Muslims to make Dua for safety of humankind, cure for the ill and the restoration of our guardian, the Khilafah, which was lost on 28 Rajab 1342 Hijri, 99 years ago. And it is upon the Muslims now to work for the restoration of the islamic ruling system in the way that Allah (swt) has revealed, so that the weak are protected, the ill are provided care and our obedience to Allah (swt) and RasulAllah ﷺ is complete. Truly, the future Khilafah state will demonstrate practically to countries, such as India, the true manner to protect every citizen of the state.

“Thus, we have made you Ummatan Wasatan, that you be witnesses over mankind and the messenger be a witness over you.” [2:143]