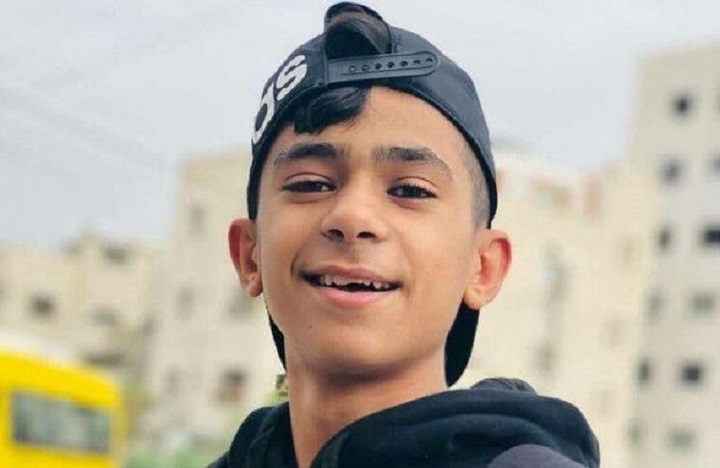 “Israeli” troops have shot and killed a 13-year-old Palestinian boy during weekly protests against the expansion of illegal settlements in the occupied West Bank, according to Palestinian officials.

The Palestinian Health Ministry said Mohammed Daadas died in hospital on Friday after being shot in the stomach. Six other Palestinians were treated at the scene of confrontations in the village of Beit Dajan, east of Nablus, after inhaling tear gas launched by “Israeli” troops, the Palestine Red Crescent ambulance service said. There was no immediate comment from the “Israeli” military on the incident.

Separately, two other Palestinians were wounded on Friday in clashes in Beita, another West Bank village where locals have struggled for months to dislodge Israeli settlers and the military from a hilltop.

It came days after “Israel” announced it would advance plans for 3,000 more illegal homes for Jewish settlers in the West Bank, despite international criticism.

“Israel” has also advanced plans to build about 1,300 homes for Palestinians in the West Bank, but critics viewed the move as an attempt to parry global condemnation of settlement construction.

“Israel” seized the West Bank and occupied East Jerusalem in the 1967 Middle East war and hardline “Israelis”, including Prime Minister Naftali Bennett, view Palestinian land in the West Bank as a heartland of Jewish history.

Hundreds of thousands of Israelis have since moved into settlements that are regarded illegal under international law.

Bennett has ruled out formal peace talks with the Palestinian Authority, saying he prefers to focus on economic improvements. (Aljazeera.com)

Comment:
For the sincere and aware, there seems to be no consistency to international morality and justice. This Jewish entity is defiling and desecrating the graves of Muslims in Palestine. They defy international laws and resolutions with impunity. The West who extols shared values with this entity barely raises a whimper. Just another Muslim child shot to death by the Jewish entity. Were the picture reversed, there would doubtless be howls of protest and indignation.

The Jewish entity slaughters Palestinian children with impunity. No one is held accountable. And yet, in Germany, a 96-year-old woman is on trial for ‘contributing to murder’ – she was a typist at Stutthof concentration camp – over 76 years ago.

The Jewish entity forces have murdered over, 100,000 Palestinians since 1948; 3,000 children over the past 20 years alone. Will any Zionist be held accountable? Or any of the Western leaders with ‘shared values’ who facilitated and armed them and prevented the Muslims even from the right of defence? Or indeed will any 96-year-old female office assistants be hauled to court from their retirement homes?

Remember, these Jews were initially welcomed and given refuge in Palestine, which makes the treachery all the uglier. The Justice of Islam does not change over time, does not waver in the face of tyranny or hypocrisy. When it is applied, it will treat all the citizens the same whether they are a Jewish princess or the daughter of the Prophet (saw). It is blind to race and privilege, whatever colour or shade of skin, Muslim, Christian, Jew, atheist, Chinese socialist, Buddhist or Hindu. The justice of Islam applies to all everywhere equally for all time. And it will apply to the murderers of Mohammed Daadas and all the other children massacred in their lands by the Jewish entity and its abettors.