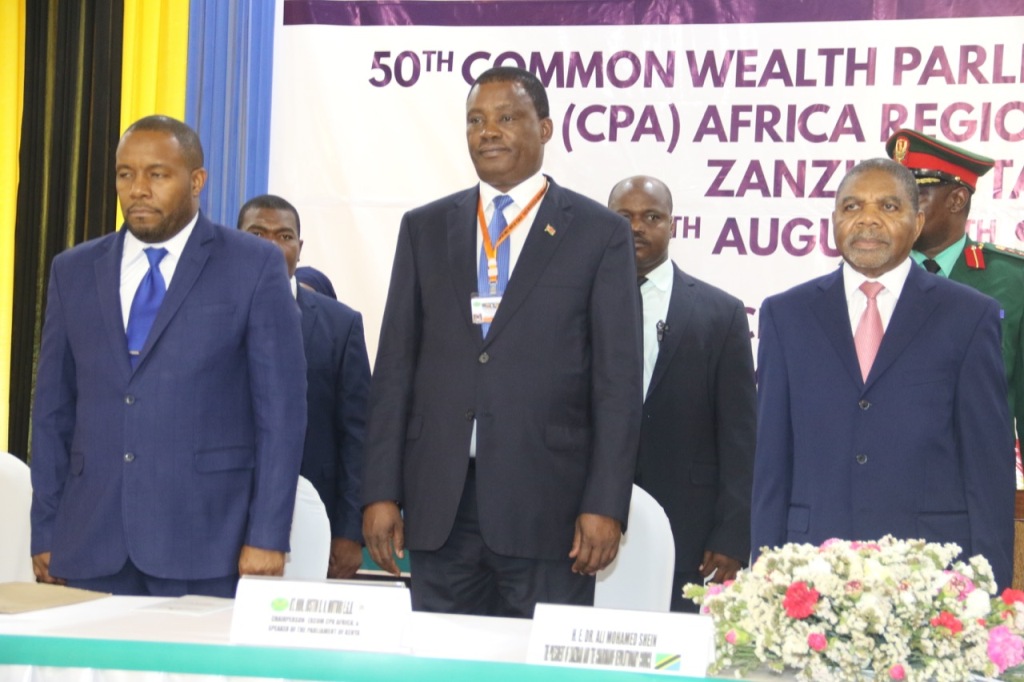 On 06/12/2020 Zanzibar main opposition party Alliance for Change and Transparency-ACT-Wazalendo announced to join the Government of National Unity (GNU). Then on 07/12/2020, President Hussein Mwinyi appointed ACT’s Seif Sharrif Hamad as the First Vice President and on 08/12/2020 the swearing-in ceremony took place at Zanzibar State House.

The Government of National Unity (GNU) in Zanzibar was formed in 2010 after a referendum so as to end the impasse between the two main political camps. The outcome of the referendum was that the majority of Zanzibaris voted in favour of it.

ACT harshly rejected results that gave Hamad 19% of the votes and only four seats in the Zanzibar House of Representatives.

However, in spite ACT Wazalendo’s initial rejection stance following of more than ten of their members and supporters being killed during what they termed as unfair election, at last agreed to participate in the Government of National Unity in which Seif Sharrif holds a position of 1st Vice President, a figure head position without any power.

The ACT-Wazalendo move to join coalition government (Government of National Unity) has revealed a very clear picture that, democratic political parties and their leaders serves nothing but their own personal interests and this is the basis of capitalist creed.

In spite of the killings, rapes and unfair election, ACT Wazalendo entered in coalition government with the sole aim of securing personal interests and benefits. This is the second time that Sharrif (77) holds the post. During the first term (5 years) of presidency of Dr. Ali Mohammed Shein (2010-2015) served the same.

ACT-Wazalendo announced that, their decision to join the coalition government was a requirement by Zanzibar’s constitution as well as to achieve wider socio-political interests. But in wider picture it seemed ACT-Wazalendo is in American camp as CCM, and America pushed and facilitated ACT-Wazalendo participation in the government for three main reasons:

“I commend the government of Zanzibar and ACT Wazalendo for pursuing reconciliation and a government of national unity that will work across party lines for the benefit of all Zanzibaris.”

The situation of Zanzibar is the similar to many other Muslim lands and Muslim majority areas in the world, from Tunisia to East Turkestan.

Democratic political parties’ leaders are nothing but agents of Western colonizers, they neither care for the blood nor the sweat of their people, and are only being used to lie to the masses and help colonizers to exploit resources and strengthen their influences in developing countries.

Through Capitalism and its political system of democracy especially democratic elections; a defenseless community is being exploited, killed and tortured for the sake of these watchdogs who are working for their Western masters.

It is high time the Ummah realizes the tricks of these political parties’ leaders and find the solutions of their problems on an Islamic basis upon which neo-colonialism will be abolished in our lands and global in generally.