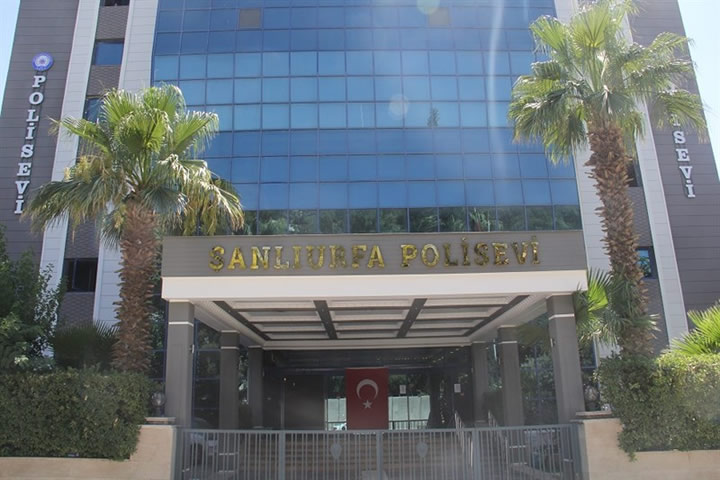 Sanliurfa Police Department made the following claims in a message posted through its social media account:

“The operation was carried out on individuals cooperating with the Hizb ut Tahrir terrorist organization and propagated under the titles of ‘Re-establish Khilafah’ and ‘Return The Khilafah’ 11 suspects were arrested and detained.” A systematic persecution was continued by detention upon the Muslims in Sanliurfa, after Istanbul, Bursa and Ankara only because they desired Khilafah. [KokluDegisim Media]

Comment:
By means of the campaign conducted by Hizb ut Tahrir on a global scale entitled with “Return The Khilafah”, many man, women and youngsters were detained. the detention of our brothers is unjustly persecuted. Our brothers who were taken into custody did not want any other thing than desiring Khilafah (Caliphate). Despite this, security forces treated the prominent young people of Hizb ut Tahrir as terrorists and raided their homes in the early morning. But we surely know that those who do not rely on their idea choose the path which is either slander or torture. Again, the security forces blamed Hizb ut Tahrir as being a terrorist organization, and it added cruelty into their persecution by taking young people into custody.

Those who persecute people desiring Khilafah: You again did not amaze us!

During the years in Mekka, the Prophet and his companions were also tortured and slandered. In order to prevent the dawah, the kufar did practice many evil plans. But in vain, Allah gave Muslims victory and honoured them with the Islamic State in Mecca.

None of the tortures and slanders were capable of preventing the establishment of the Islamic State. Rather, with the victory of Allah, and the Islamic State spread among the Arabian Peninsula within a short period of time. Today is not different than the past and yet the result will also be the same bi-iznillah. Despite ill-doers, the caliphate will be established and Islam will dominate life in a holistic sense.

The slanders of the slanderers will never prevent this happening.

Neither the persecutions of the oppressors, nor the traps of the wrongdoers will prevent this happening because, the Ummah believes in the sincerity and leadership of Hizb ut Tahrir, and it only waits for Sa’d’s victory.

We are the Ummah that cares for the re-establishment of the Khilafah Rashidah, which will save all mankind from the bloody claws of capitalism.

The Ummah saw the light at the end of the tunnel. It realized that what appeared on the horizon was the light of Islam’s justice. And fortunately, the Ummah has the power to walk into the light that appears. The Ummah surely knows that no good will come from the wrongdoers and their pioneers. This Ummah is walking towards the Khilafah Rashidah with great longing. This Ummah wants back its caliphate which will protect its honor, claim its values and account tyrants from what they have done. This Ummah strives for their Khilafah which provides stability and security. As in our ancient history, this Ummah longs for its state, which will bring justice to the whole world again. This Ummah desires its caliphs, dressed in the armor of greatness, who will tremble the palaces of infidels with their dominance. This Ummah strives for the glorious state of the Khilafah, ending all the calamities with only one command. This Ummah is waiting for the brass knuckles of rulers who prefer to be chopped to pieces, rather than selling the values and sanctities of Muslims, especially Masjid Aqsa, for a few interests.

Finally, oh disbelievers! All things come to an end. And your wrongdoing awaits the day to be destroyed. None of your infamous slander will prevent the birth of the rightly guided Khilafah.

Those who try to slander the members of Hizb ut Tahrir talk against Khilafah, try to detain the arrival of it are only in vain. And everybody knows that the truth cannot be hidden!