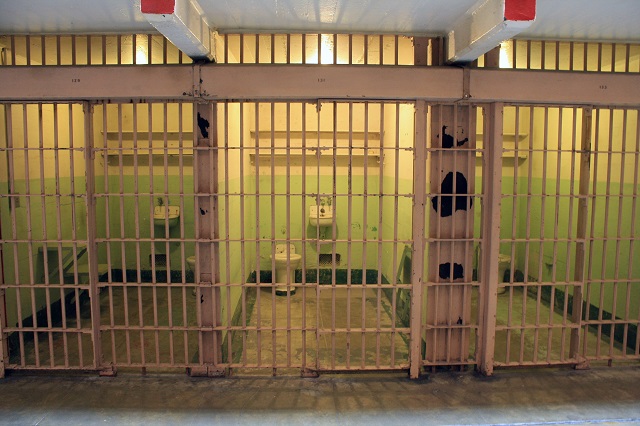 The Russian Interfax news agency reported on the 28th of August 2015 the following news: “One of the female members of ‘Hizb ut Tahrir’ has been apprehended in the town of Osh in the south of Kyrgyzstan due to her teaching young girls between the ages of 4 and 9 years in an unlawful manner. The official spokesman of the Police station in the Osh region, Jinish Ashirbayaf, told Interfax that the arrested woman does not possess a permit to organise religious education for young girls and extremist books were found inside her home when it was searched in addition to leaflets and statements which have all been confiscated. She is now detained during the investigation period as a result of that”.

This arrest has come as a part of a mad campaign that the Kyrgyz authorities are undertaking against Islam and the Muslims in Kyrgyzstan. This began by declaring war against every manifestation of religiousness through banning the Hijab and the beard and preventing youth from frequenting the Masaajid and it has reached the point of targeting pious male and female Muslims who are commanding the Ma’roof and forbidding the Munkar.

So under the pretext of fighting extremism and terrorism the security apparatuses in Kyrgyzstan are chasing the male and female Shabab of Hizb ut Tahrir, and imprisoning and harassing them. They have strived for a long time to attach the charge of violence and undertaking of terrorist activities to them even though everyone knows that Hizb ut Tahrir is a political party whose ideology is Islam and proceeds in accordance to the political method of change of the Messenger of Allah ﷺ and that it doesn’t divert from that the length of a fingernail. However the one who sees the true reality realises that what really agitates the Kyrgyz government and makes it ban Hizb ut Tahrir and conspire against it, is the people’s positive response to its Da’wah and gathering around it due to the people’s strong attachment to Islam and their great longing for its return and application in reality.

We in the Women’s Section of the Central Media Office of Hizb ut Tahrir strongly denounce the arrest of our sister and every believing pious female Muslim who has been detained wrongfully and we reiterate the following:

– Hizb ut Tahrir is a political party whose ideology is Islam and was established in compliance to the command of Allah and to attain His Pleasure whilst looking intently towards the restoration of the Islamic State that rules by what Allah سبحانه وتعالى has revealed. Therefore it is engaged in the undertaking of a great duty and acting as an obstacle to it is regarded to be making war against Allah and the Da’wah for the return of Islam and resumption of the Islamic life.

– Verily we, the women and men in the ranks of this party structure, have sworn ourselves to this blessed Da’wah. Therefore no prison will divert us from this and no level of harassment or anything else will take away anything from our strength and resolve. As such, what the Kyrgyz government is doing will never increase anything in us apart from greater determination to continue upon our path to put an end to oppression and to the oppressors. They may do as they please in this life as one day they will die.

– Verily we ask Allah Ta’Aalaa to grant our sister the firm resolve and for her to remain steadfast and patient as Allah سبحانه وتعالى has promised the good return for the Muttaqeen (the pious of Allah) whilst what they plot will not cause her harm by the permission of Allah:

“Musa said to his people, “Seek help through Allah and be patient. Indeed, the earth belongs to Allah. He causes to inherit it whom He wills of His servants. And the [best] outcome is for the righteous.””

In conclusion we direct our words to the ruler of Kyrgyzstan Almazbek Atambayev and to his collaborators and intelligence agencies. We say to them that their oppression will be met with severe torment on the Day of Judgement and what they are undertaking in terms of oppressive arrests in respect to the carriers of the Islamic Da’wah is oppression in itself. For that reason they must beware of what their hands are earning and of the punishment on a painful and severe day that Allah has threatened the oppressors with. We also say to them that standing in opposition to a thought has had its time and is not at all wise and that prison, punishment and harassment hold no worth or value in the face of thoughts. They should as such pay attention to their thrones that are shaking and are close to crumbling and collapse and put into their calculations and thinking the recompense that will befall them in this life and the hereafter in respect to their violation of honours and sanctities.

“Those who oppose Allah and His Messenger, they will be among the lowest (most humiliated). Allah has decreed: “Verily! It is I and My Messengers who shall be the victorious.” Verily, Allah is All-Powerful, All-Mighty”