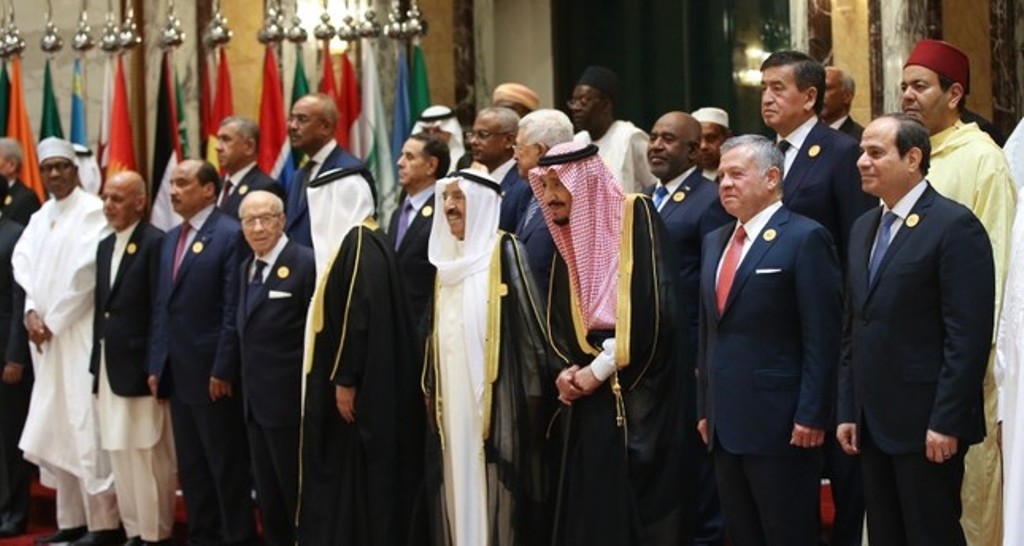 At the conference of the Organization of Islamic Cooperation in Mecca, which lasted from Friday night until Saturday morning, Saudi Arabia’s King Salman bin Abdul-Aziz underscored that his country approves by no means any damage to Al-Quds (Jerusalem), and that Palestine has always been the highest priority for Riyadh and the Islamic world. King Salman expressed that the Palestine issue is one of the premises of the Organization of Islamic Cooperation (OIC). The Palestine issue was at the centre of final declaration. With the statement published, it was rejected, that Al-Quds is the capital city of “Israel”. (Asharq Al-Awsat)

No matter which country chaired the leadership of the Organisation of Islamic Cooperation, it did not solve any of the problems faced by the Muslims, nor could it go nowhere fast in the name of solving the Palestinian issue. Perhaps, the biggest difference to the other conferences was the addition of the words “powerful” and “drastic” to the unfulfilled condemnation message. The explanations like, “Palestine has always been the highest priority for Riyadh and the Islamic world” uttered by King Salman, who took over the leadership of the Organisation of Islamic Cooperation, do not reflect the truth. These words are empty talk and far beyond from practice. On the contrary, with reference to the well-accepted principle “actions speak louder than words”, the priority of the leaders of the Muslim world has never been the dignity and value of the Muslims. Yet, the priority has always been given to the wishes and compliances of the imperialist Kuffar. Such conferences and the following intense condemnations only strengthened the Jewish entity’s courage and cruelty.

This is a fact, isn’t it? Is the Jewish entity’s invasion of the Blessed Muslim soils not conducted with the accompaniment of the condemnation messages of those Muslim leaders for decades? For years, especially during the month of Ramadan, are the massacres towards our brothers and sisters not carried out during the condemnation messages of the OIC meetings?  Furthermore, was the recognition of Al-Quds, which is the first Qibla of the Muslims and the land of Isra and Miraj, as the Jewish entity’s capital city, not realized under the accompaniment of the Muslim leader’s condemnation messages?

Yes, all of this happened with the accompaniment of heavy condemnation messages by Muslim leaders, who are in collaboration with the imperialist Kuffar.

If these regimes protected Al-Quds through their deeds instead of words, the Jews would have never been able to run wild in the Holy Masjid Al-Aqsa. The Jews would not have occupied Palestine if they knew that the Muslim armies, who remain inactive in the barracks today, would have mobilized to liberate Jerusalem from the occupation. Again, if we had leaders and armies who filled the hearts of the Kuffar with fear, they would never have dared to make Jerusalem the capital of the Jewish entity.

How can these insolent rulers protect Al-Quds while they say “we need you in the Middle East” to the criminal Jewish entity, who seized the Lands of Isra and Mirajwhile seeking to establish relations with the Jewish entity at every opportunity? How can the meetings and declarations of condemnation deter the Jewish entity from its decisions and agendas? The best and the most that these rulers can do is to “publish a final declaration that includes heavy condemnation messages”! Then, what can the Organization of Islamic Cooperation, which has not had any contribution to the favour of Muslims, do against the Jewish entity or the United States? Are these the ones to defend the Land of Isra and Miraj? Are these the ones to care about the Masjid Al-Aqsa? Is it these impotent rulers, who have nothing else than their condemnations, who will clean off the blessed lands from the occupant Jewish entity?

Holding meetings is not a proof of the care about Palestine. Messages of condemnation have not and will not liberate Al-Quds and Masjid al-Aqsa. Despite having giant armies, referring to United Nations resolutions is a weakness that will never allow the liberation of this land. It will not be liberated through peace messages. It will not be freed through the call for a two‑state solution.

Al-Quds and Masjid Al-Aqsa can only be liberated with commanders like Salahuddin, who forbade himself to smile until the liberation of the Masjid al-Aqsa. Al-Quds can only be liberated with Rashid (rightly guided) Caliphs like Omar, who did not seek honour through anyone else than Allah by saying “فَمَهْمَا نَطْلُبُ الْعِزَّةَ بِغَيْرِ مَا أَعَزَّنَا اللَّهُ بِهِ أَذَلَّنَا اللَّهُ” “if we seek honour through anything else, Allah will humiliate us again”. Palestine will be freed with those cautious leaders and caliphs like Abdulhamid who rejected the Zionists’ desire of buying a piece of land from Palestine, by saying “إِنَّ عَمَلَ المِبْضَعِ فِي جَسَدِي أَهْوَنُ عَلَيَّ مَنْ أَنْ أُعْطِيَ شِبْراً وَاحِداً مِنْ أَرْضِ فِلَسْطِينَ” “I would rather push a sword into my body than see the land of Palestine cut and given away from the Islamic State”. In short, it will not be liberated through condemnation messages, or through meetings and words, but only through armies.