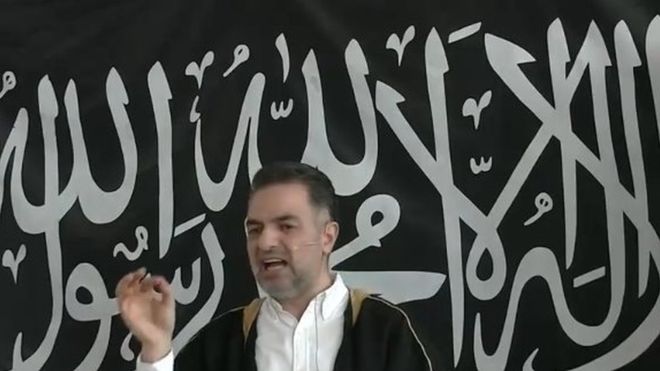 In light of the last two days of political furor and media hysteria over a speech that was given on March 31, 2017 for the Friday prayer in Masjid Al-Faruq in Copenhagen, and since Hizb ut Tahrir has been mentioned in this context, we in Hizb ut Tahrir / Scandinavia wish to highlight the following points:

1- The illegitimate occupation of the blessed land of Palestine, which they call “Israel”, has absolutely no right to exist. The unequivocal opinion of Islam regarding this criminal entity is that it must be removed from the face of the earth with military force. There is no other solution to this cancerous tumor in the heart of the Muslim world. This is the point of view of any sincere Muslim, and thousands of law-bills or threats will not change that.

2- If the public or individuals are mistakenly left with the view that Islam in any way motivates to commit killings of Jews in Denmark, for example, it is because of the unethical media, the so-called experts and not least populist politicians who insist on distorting the clear message in the particular speech and elsewhere, when only the forthcoming liberation of all of Palestine from the occupation is addressed. Those alone are therefore to be held responsible for the spread of this erroneous idea.

3- The western countries, including Denmark, unconditionally support the murderous occupation of Palestine and keep it alive and armed, despite the constant killing and torture of innocents, terror, massacres and the destruction of thousands and thousands of civilian homes, all committed by the Zionist Occupation in Palestine. Hypocrisy is not a strong enough word, when the same politicians, who now rise up over a word of truth about the Palestinian cause, provide support for the killings and daily crimes committed by the occupation in front of the eyes of the whole world.

4- Racism, religious wars, religious cleansing and persecution of religious minorities are embedded trends in European culture, as confirmed by countless historical and contemporary realities. Islam, on the other hand, has protected religious minorities throughout history, and the caliphate has received and protected Jews, who were being killed in Europe, for example during the Inquisition in Spain. The fact that the world’s oldest Christian and Jewish communities and places of worship exist in the Muslim world testifies to this fact.

5- The parliamentary hate preachers have launched a new round of intimidation of Muslims in the country to only think and say what they like to hear. They now want to test their medieval new laws under the “Imam Bill”, in an attempt to subjugate and forcibly assimilate Muslims, after they have undermined their own values of “freedom” in their intellectual incapability towards Islam.

6- Therefore, we urge all our Muslim brothers and sisters not to succumb to the political pressure, but on the contrary, stand firm and proudly for all of Islam, and utter the truth, even if the hateful will hate it.