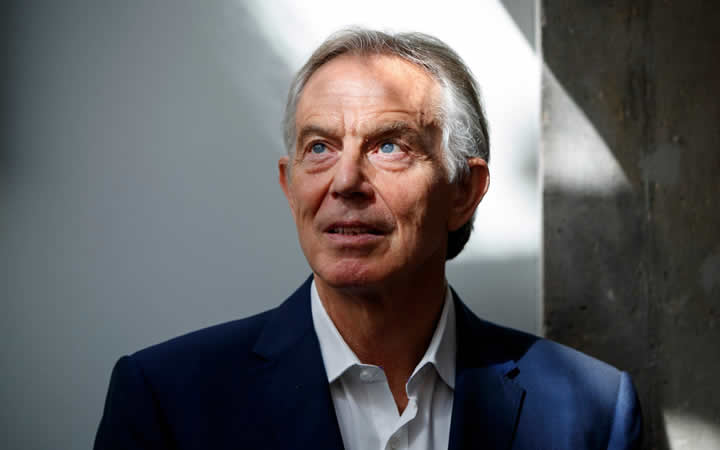 Not nationalism nor Sectarianism Tony Blair confirms will be the ideological basis of political struggles in the Middle East but an Islamic political struggle that Britain with their allies continues to push back against.

In an online guest appearance by Tony Blair at the Washington Institute on January 11th 2021 titled, ‘Geopolitics 2021 – America, The Middle East, and the World’ he said the following: “My view is very clear and the Middle East still matters and it matters enormously. It matters because it’s in the Middle East that the future of Islam will be decided…

…That is why I believe there is no good policy on the Middle East today that does not start from a comprehensive analysis of what has been right and wrong since the turn of the century, or that stems from the wrong framing argument about the main struggle in the region. Because otherwise you end up in a situation where you perceive the region as a struggle between Iran and Saudi Arabia or Shia versus Sunni. No it’s not! It really isn’t in the end. It is a struggle between those people who say that religion—maybe one view in Islam—should dominate and turn into political ideology, and those who do not. That is a profound and fundamental divide…

What has been right or wrong in the Middle East for the last 100 years has clearly been the existence of foreign ideologies such as nationalism, Communism and Capitalism since the destruction of the Islamic Khilafah (Caliphate) State that was replaced by Britain or America’s client regimes who have ruled, serving themselves as well as a narrow elite and foreign interests– instead of serving the people of the region. These rulers are widely hated by the people they preside over. They use their armed forces for two main purposes. Firstly, to suppress their own populations – particularly when they see a flicker of political criticism or Islamic sentiments; and secondly to serve any Western military interests that are asked of them.

The most enduring of these client-regimes are the Kingdoms of Saudi Arabia and Jordan. Saudi Arabia was conceived in Britain’s Foreign Office around a century ago and has since then squandered huge amounts of material wealth. Its ruling family has enjoyed close ties with Britain and the United States ever since. Jordan is a similar family business, installed by the British after World War One. Britain installed members of the same family, widely seen as traitors to Islam and Muslims, to rule Iraq and briefly Syria – only to see their dynasty toppled in these places by coups and counter-coups variously sponsored by the Britain and the US.

The Ummah therefore during the last 100 years has experienced not only the failures and disastrous consequences of firstly Britain’s imperialist and colonialist policies through their planting of foreign ideologies like nationalism that led to the breakup of Islamic unity and the Uthmani Khilafah but the ongoing failures and consequences of America’s military ‘regime change’ invasion and occupation of Iraq in 2003 that violently planted sectarianism between Shia and Sunni Muslims leading to proxy conflicts between Saudi Arabia and Iran in Yemen and Syria.

However, it’s in 2021 that war criminal Tony Blair reveals the reality of this original 100-year long struggle that is between those in the Muslim world who are struggling to return the Islamic Khilafah Rashidah state (rightly guided Calipahte) that has always been a political ideology for 1400 years and those on the wrong side of history that are misguided, bewitched and backed by the enemies of Islam like Blair and other political elites, their institutions and organisations.

So yes indeed the future of struggles continues to be an Islamic one in the Middle East and throughout the Muslim world and it’s a future that Britain and her allies continues to be involved in. However, it is Allah (swt) and His Beloved Prophet (saw) that has predicted the outcome of this great struggle and the return of the political Islamic Khilafah Rashida State upon the method of the Honorable Prophet (saw) bi’ithnillah.

The Khilafah therefore is not mere hope; it is a divine obligation, the certainty of the return of which is something Muslims hold with great confidence. This mention of its return occurs in several ahadith, but no doubt one of the most famous is the sahih hadith from the Musnad of Imam Ahmad, where the Prophet Muhammad (saw) foretells our current situation (and indeed the “phases” the Ummah will go through after his (saw) death) and informs us of the return of the Khilafah after its demise.

We should realise that the increased oppression that believers and the carriers of the da’wah to Islam are facing is indeed a sign of the return of the Khilafah and the acknowledgement of this by those who seek to delay the inevitable. The narrations that comment on these issues are many but the narration in the Musnad of Imam Ahmad gives us a summary of the state of the Ummah’s leadership throughout history, progressing through stages starting with leadership under the Prophet (saw) and ending with the return of the Khilafah upon the methodology of Prophethood.

Imam Ahmad b. Hanbal, who was also given the title of Amir al-Mu‘minin in the field of hadith scholarship, signifying mastery in the sciences of hadith, and author of the famous Musnad which contains 40,000 ahadith, narrated the following hadith: