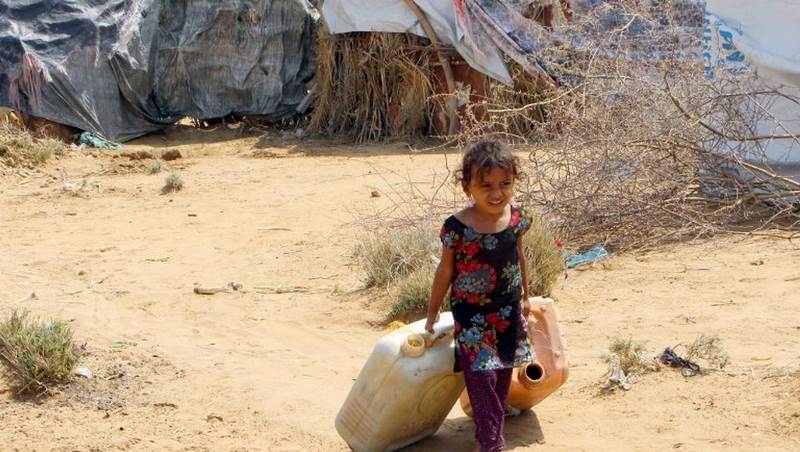 On the 18th of January the BBC reported in the problem of how the war in Yemen has devastated the village population even though they are not directly involved in the war themselves. The mountain citizens have been crippled by rising fuel prices making running vehicles impossible. This has isolated people from basic services such as medical care and having a means to carry food and water. Many children are forced to help families in carrying heavy loads often walking up to 5 hours a day. This puts them at risk of injury, loss of schooling and psychological stress as they carry the burden of life and death issues of their homes. Many girls face danger in walking along in remote areas.

The idea that an oil rich nation, such as Yemen, is facing a fuel crisis that has placed the population in circumstances akin to medieval times is a completely avoidable tragedy that has been designed by the Western nations organizing crisis in Yemen, aided by the entire Muslim governments. As a result of forced child labor practices, million of girls and boys have lost their youth and can never recover the years of education and opportunities that they would if had otherwise. The international aid agencies have zero effectiveness in rebuilding these lost lives and year after year, they watch and only document the death and destruction that is represented in statistical paperwork and not in real human terms. The lives of Muslim children are willfully being used as collateral in a war where only economic superiority for Western companies is valued. The leaders of the Muslim lands have no remorse for the innocent youth suffering daily under the unbearable burden of political neglect. Millions of children are in the grip of the one of the world’s worst cholera outbreaks as they have no choice but to drink from filthy, untreated water sources. The wealth and power of our nations and armies are not sent to aid the grief of the needy in Yemen, but are used to rain bombs and sanctions to add terror to their hopeless plight. There can no longer be any tolerance for this great injustice and we, as Muslims, are able to raise voice to the distress of our dear children. How many more loads should they be carrying up and down the mountains when the perfect system of Allah (swt) does not accept that a true Islamic leader, like those of the Khulaafah Rashidun (righteous caliphs), would never turn their back on the rights of any citizen as this would be a shame that would be impossible to bear, when the thought of the Day of Judgment is the primary concern. Under our current rulers, there is absolutely no sense of shame to actively take part in the murder and starvation of innocent women and children, whilst the colossal wealth of the Ummah is squandered in personal bank accounts or siphoned off to Western leaders. In the Quran, we are warned of the betrayal of the leaders and we are indeed living in such times and as well in the Hadith of the Prophet ﷺ

“The ruler who is unjust to his subjects deserves the punishment of Fire”.

The current blockage by the Saudi government has also meant road closures and transport links disrupted so that children and women are not able to access medical care. Villagers are forced to carry their sick on makeshift stretchers, often up and down mountains in a vision that betrays the 21st century modern living standards. With the return of the Khilafah, such devastating hardships would become a thing of the past and the Muslims will be released from the grip of fear, hunger, sickness and poverty. We call the Muslims globally to unite in this call for the return of Islamic politics and we pray that Allah (swt) will give us the victory in this matter soon.