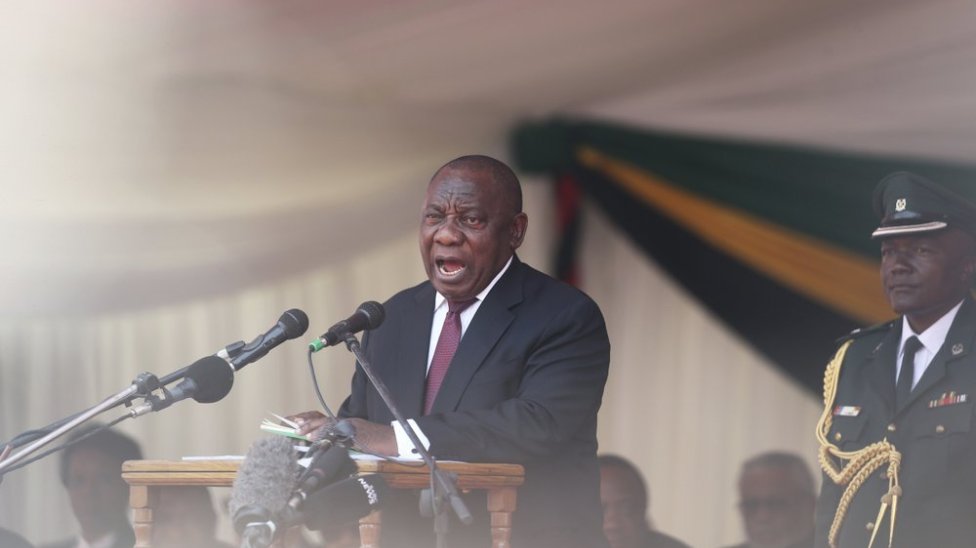 Media outlets reported South African President Cyril Ramaphosa faced an audience with a chorus of jeers and boos at the state funeral of former Zimbabwean President Robert Mugabe in Harare as a result of recent xenophobic attacks by South Africans on foreign nationals.

The issue of xenophobia is not a reality in South Africa only. It is a predominant thing everywhere under capitalism including the Western nations and the US, the so-called role models of democracy.

This recent xenophobic brutal attack in South Africa drew condemnation across the African continent with reprisal abroad. Nigeria recalled its high commissioner, began to evacuate its citizens and boycotted the World Economic Forum on Africa Summit in Cape Town.

It has to be noted that xenophobic attacks have been part of the South African society for time. In 1994 and 1995, an armed youth destroyed the homes of foreign nationals in Johannesburg, demanding police to repatriate to their home countries. In 2008, a spate of xenophobic attacks occurred again in the same place with estimation of tens of thousands of migrants were displaced, property, businesses and homes were widely looted with a death toll stood at 56. In 2015, a series of xenophobic attacks occurred with a motivation from remarks made by Zulu King Goodwill Zwelithini kaBhekuzulu stating that the migrants should “pack their bags and leave”. As of April 2015, 7 people had died and more than 2000 foreigners had been displaced.

This has created hatred for the foreigners coming into South Africa. Most South Africans think that immigrants grab their opportunities and so are responsible for their poverty instead of focusing on the real cause which is evil capitalist economic policies.

Capitalism ideology inherited from British colonialists has fueled nationalism, especially among young generation. The selfish nationalism thoughts have resulted into mass killings, looting in the name of defending county’s resources from foreign occupation.

The capitalist economic system has dumped South Africa into deep inequality, as one of the world’s most unequal country. While a significant number of the population blames foreigners with anti-immigrant views, but the country faces bigger challenges than hosting foreign nationals.

For instance, regarding the claim that foreigner burdening social services, such as the national healthcare system, data from the government showed there were 2.1 million international migrants in South Africa out of a population of 51.7 million in 2011. (Population figures have since jumped to 55.7 million).

In spite of South Africa being called as among the most democratic place, Africa’s second biggest economy, with a good infrastructure, well-developed financial systems, and strong mining and manufacturing industries, yet it suffers a sharp shrink in economy especially in the first quarter of 2019 as well as sharp social disintegration.

Regarding unemployment in South Africa, it is so pervasive that President Ramaphosa once branded it a “deep and serious crisis.” As of July 2019, national unemployment rates stood at 29% impacting an estimated 6.7 million people. Some 56.4% of 15-24 year-olds and 35.6% of the 25-34 year-olds remain jobless with 71% of those in unemployment spending a period of a year or longer looking for work.

A bigger picture from this is that South African society, like many other capitalist societies, is confused and frustrated with no clear solution on their social, political, and economic problems except rushing to blame foreigners as scapegoats, while politicians seemed to be lenient as an exit strategy.

The reality is the government has failed to solve local problems sprouted from capitalism, shifting its responsibility for poverty to foreigners and immigrants which turned into bloodshed and brutal violence similar to apartheid era or even worse.

Furthermore, these xenophobia attacks in South Africa exposes an empty slogan of Pan Africanism, a weak thought that cannot unify Africa together, same as Pan Arabism. Also it is an indication of open shame and failure of tribalism as a fragile bond, since some community of South Africa, such as Zulu and Xhosa tribes, are similar people living in neighboring countries such as Botswana, Lesotho, Zimbambwe, Malawi, Mozambique etc., yet they have been brutal victimised by the wave of xenophobic as foreigners.

Capitalism proved failure in economic as well as in social aspects. It creates poverty and inequality and creates hostility with no tangible and firm bond to hold society together. The only hope to save the world from capitalist shackle is Islam under its state Khilafah Rashidah (rightly guided Caliphate).