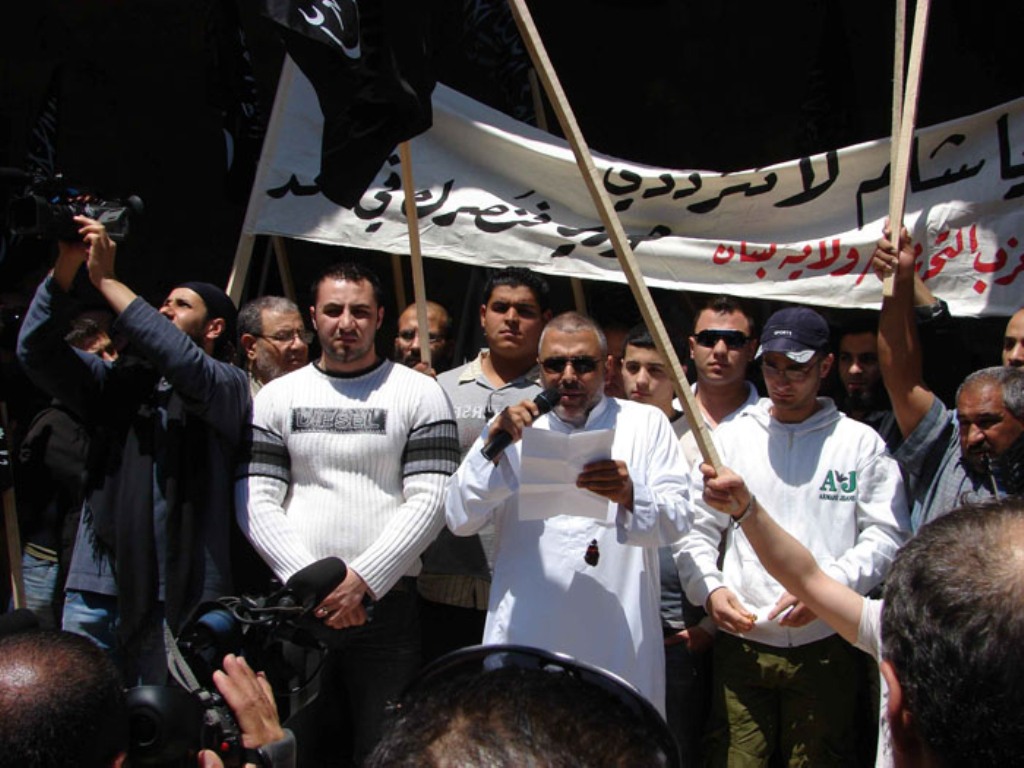 Would We make the Muslims the same as the evildoers? What is the matter with you? On what basis do you judge? (Al-Qalam, 68:35-36)

On Wednesday, 18/9/2019, at 4:30 pm, a Lebanese Army checkpoint, known as the Government Hospital checkpoint, detained at the entrance of Ain al-Hilweh camp, Engineer Ahmed Ayoub, who is a member of Hizb ut Tahrir, and a member of the Head of the Red Committee that seeks to prevent strife in the camp, on his way home inside the camp. He was not allowed to hire a lawyer, he was not offered a doctor nor was he allowed to contact his family, although this is the right of any detainee, and Engineer Ahmed Ayoub suffers from a disc disease.

We have received some information that he had been severely tortured and forced to confess to unrelated matters.

We therefore demand that he be presented immediately to a forensic doctor and allowed to meet with his lawyer. We are surprised that the chief agent was transferred to the investigating judge in less than 24 hours, while Engineer Ahmed Ayoub, a member of Hizb ut Tahrir, had been held in black rooms for days tortured, prevented from the most basic rights, and forced under torture to confess what he did not do!!

The Shabab of Hizb ut Tahrir, including Engineer Ahmed Ayoub, are known to everyone; they are Dawah carriers and do not carry out acts of sabotage, and do not organize in any movement or organization other than Hizb ut Tahrir. They meet all people and hold the enlightened Islamic thought and work to convince others of it.

The Authority must stop discrimination in its dealings; criminals such as agents are treated with care and embracing, while Muslims who are committed to the command of their Lord are treated with hostility, cruelty and injustice.

It is time for this nonsense to stop…

We have given time for attempts to mediate, especially since Engineer Ahmed Ayoub is known among the people, but this wait only resulted in the continuation of his detention, and exposing him to all kinds of pressures!!! Now say:

Release Eng. Ahmed Ayoub, a member of Hizb ut Tahrir. If he is not allowed his rights and he is not released, we will make escalatory moves inside and outside the camp.