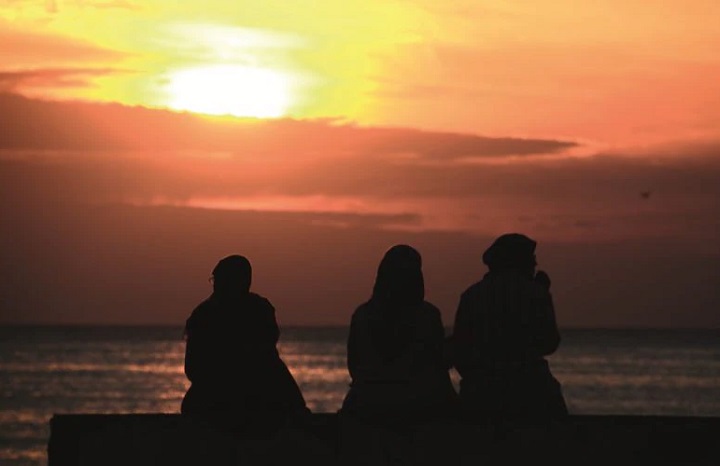 On March 10, 2022, Bangladesh Nari Pragati Sangha (BNPS), a local women’s rights organization, has demanded amendment of the existing family laws and enact a new one in Bangladesh to ensure equal rights for women in inheritance and family property. At the event, they vented their anger on Islam by saying that no civil or criminal law in the country is controlled by religion except the inheritance law. These so-called activists and secular atheists advocate that to end discrimination and violence against women, their economic status must be strengthened by ensuring equal rights to all assets and properties, including inheritance. These deceitful and lowly pro-Western activists are never worried about people’s basic rights, whereas they spare no effort to undermine Islam whilst falsely trying to connect women’s ongoing discrimination and violence with Islamic legislation. They are on a mission to fight whatever remains of the rulings of Islam in our lives by replacing it with Western Kufr laws in a bid to secularize the Muslims in Bangladesh. Thus, they spearhead such slander campaigns against Islam by labeling it as the enemy of women. They very well know that the existing inheritance law is not the cause of discrimination and oppression against women. Rather it is the secular ruling system that brings misery into women’s lives. Is Islamic inheritance law the cause of the maternity-linked firing and other gender-based discrimination at the workplace in Bangladesh? Have we seen any of these worthless activists account the government for all the recent unbearable sufferings of women swarming to buy Trading Corporation of Bangladesh’s (TCB) products and yet not getting anything even after standing in long queues for hours? Do they bother about the exploitation of our women in garments factories for profit maximization of greedy Capitalists?

The fact of the matter is that Western civilization is taking women into the abyss of darkness in the name of ‘equality’ and ‘empowerment’. But has the Western civilization itself achieved any success with its idea of so-called ‘equality’? They have misguided their women with the corrupt idea that family, motherhood, and traditional marriage are key reasons for women’s oppression from which they need to be ‘liberated’. This has led to conflict amongst men and women in their marital life and parental responsibilities that further has led to the family disintegration in the West and eventually is destroying their families and social fabrics. Ultimately, Western ‘equality’ has increased women’s burdens with the responsibilities of men and pushed them into the endless cycle of hardships and sufferings. Their women now undermine the natural family and sublime value of motherhood as well, so the Western civilization suffers from the loss of generation. Indeed, the Western civilization has ‘liberated’ women but only by objectifying, sexualizing, and using women to further their political agendas. And now the so-called women’s rights groups are working tirelessly to implant these rotten Western Capitalistic ideas and values into our society to bring disaster for our women, children, and family structure. After having failed to pollute Muslims’ minds with their corrupt and false liberal ideas, these nuisance organizations are now trying to undertake legal struggle.

O People! No one can deny that women are enduring agonizing suffering these days. It is not the Islamic inheritance law but the absence of implementation of Islam in its entirety through the Khilafah (Caliphate) State system that brings harm and misery upon the women. As for inheritance, there are 34 possible scenarios of inheritance amongst relatives in Islamic law. Out of which, a woman inherits the same share as the man in 11 cases, and only in 4 cases does the woman receive half the share of the man. In another 14 cases, the woman inherits more of a share than the man. This is how Islam appeared as a mercy for women and ensured their rights in inheritance. Umar ibn al-Khattab (ra) said: “By Allah, in the Jahiliyyah, we did not give women any regard, until Allah (swt) revealed regarding them what was revealed, and He divided for them what He divided.”

Islam gives proper vision to raise the status of women who plays a vital role to bring harmony to families and households. By clearly stating the fact that men and women are not same by their nature and attributes, Islam organizes their roles, rights, and responsibilities in such a way that they will complement one another to ensure social harmony. Women under Islam will receive education, engage in business, and excel in their areas of expertise. They can assume any post of the State except that of ruling. One of the most important rights that Muslim women would enjoy is their right to engage in political works and discuss the affairs of the Ummah being a member of the Council of Ummah. Umar bin Al-Khattab (ra), the second Khalifah (Caliph) of Islam, would consult Al-Shifa bint Abdullah on various political matters due to her intelligence and insight, and often gave preference to her opinions over others. So, such truly empowered women can be ensured only by implementing the Islamic political, economic, educational, and judicial system under the ruling system of the Khilafah Rashidah (rightly guided Khilafah) on the method of Prophethood. Through this comprehensive implementation of the Islamic system, the Khilafah will restore the status and honor to women that they deserve. Because the imminent Khilafah will not only implement some laws but also will give a viewpoint of life for both men and women that will make Islamic civilization a unique and enlightened one. Allah Subhana wa Ta’la says,

“The believers, men and women, are protecting friends (Awliya) of one another; they join the ma’ruf (that which Allah commands) and forbid people form munkar (that which Allah prohibits); they perform salat, and give the zakat, and obey Allah and His Messenger. Allah will have mercy on them. Surely Allah is All mighty, All wise” [Surah At-Taubah: 71].