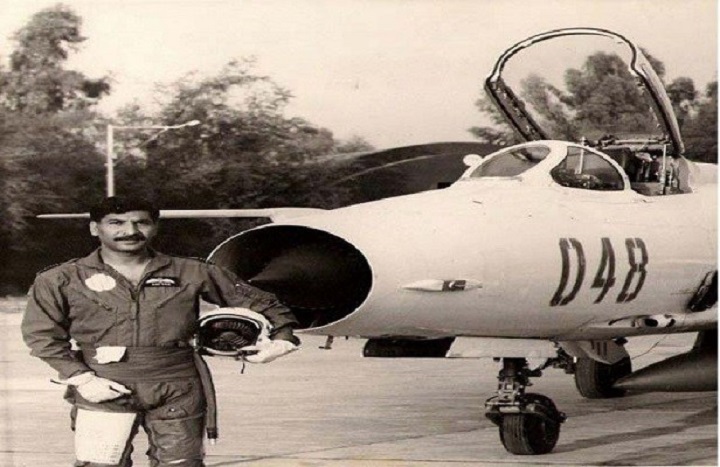 Controversy erupted after Foreign Minister of Pakistan Shah Mahmood Qureshi told CNN anchor Bianna Golodryga that ‘Israel’ is losing “the media war, despite their connections.” The anchor swiftly asked the Pakistani leader to explain those “connections.” The Foreign Ministry dismissed the assertions in a statement on Friday, saying the remarks could not be “construed as anti-Semitic by any stretch of the imagination.” (voanews)

Recently the happenings in Palestine brought a reaction from the Muslim and non-Muslim world. Reaction of people is totally different than the reaction of leadership. Where West only has to clarify the situation according to the issue of human rights violation, Muslims link it to their Aqeedah. It is not only the sanctity of the blessed land but the sanctity of the Muslim blood that is being spilt like it has no value. We have seen people of this Ummah raising slogans like “Al Aqsa calls the armies” and even saying that if the leadership cannot send armies then let people go and help their brothers and sisters. Meanwhile Pakistani Foreign Minister on one is hand taking pride in his CNN interview and on the other foreign ministry has issued dismissal of any anti-Semitic comment.

Pakistan, which was created in a hope of strengthening Muslim ideology, witnessed the creation of ‘Israel’ soon after its own creation. It’s been 74 years since the creation of both states and Pakistan that was supposed to be an antidote for this poison known as ‘Israel’, has not only failed to achieve anything but along with other treacherous Muslim leaders has actually delayed the process. Irony is that these same leaderships have used the Palestinian issue to gain support from Muslims all over the world. If we only have a look at the history of Pakistan we will find thousands of statements issued by the state and thousands of claims of not accepting ‘Israel’. What they fail to understand is that issue is not the acceptance of ‘Israel’ but the existence of Israel. If we are Muslims, then our ideology doesn’t allow its existence on our Holy Land. A few statements of Pakistani leaders from the history are here and why they never achieved anything.

1943: Muhammad Ali Jinnah said that “Pakistan would be a base of training and bringing up Muslim intellectuals, educationists, economists, experts in all fields, who then will spread to other Muslim areas resulting in creation of a solid block based on the principles of Caliph Umar”.

This never happened, as we can see that we weren’t able to free Palestine following the footsteps of Hazrat Umar.

Liaqat Ali Khan, the first Foreign Minister of Pakistan, claimed that ideology of Pakistan is to make Muslim brotherhood a living reality. This is also the time when the newly born Pakistan defended Palestine in UN and opposed the partition of Palestine.

Sadly we only witnessed the making of “treacherous leadership brotherhood” failing the Ummah.

Once again, we witnessed and are still witnessing the aggression, not just against Palestine but many other the Muslim areas. In many cases it may not be physical aggression but mental, emotional and ideological abuse of Muslims is the new norm.

In 1967 Government of Pakistan condemned ‘Israeli’ aggression and demanded the UN implement resolution 242 for the restoration of the rights of the Palestinian people. Meanwhile we witnessed the same Government bending itself backward for the traitor Arab leaders.

1970, Operation Black September: General Zia Ul Haq of Pakistan trained and led the Jordanian soldiers. The head of the Pakistani training mission took command of the Second Division and helped kill and cleanse the Palestinians (estimated 25,000 dead) from Jordan.

1974 OIC was held in Pakistan and PLO was admitted as a full member of the OIC.

Another false hope given to Muslim Ummah. OIC from the beginning till now has failed to do anything for the Palestinian and other Muslims.

From 1980 onwards Pakistani leadership, hungry to gain power through other sources than Islam, got involved in the USSR’s Afghan invasion and still is going strong in supporting different wars accompanied by different kuffar.

The purpose of all this detail is to bring light to the recent statements and supposed impertinent interview of Foreign Minister Shah Mehmood Qureshi. The things they say are just mere words to pacify the Ummah. It is about time that we refuse to be fooled any further. On the Day of Judgment, we will see how these interviews and statements will help these traitors. We must denounce them and demand the Khilafah (Caliphate). It was only Khilafah under which the Muslims were safe and kuffar feared to look at Al Aqsa. With the return of the Khilafah we will see true Foreign Policy of Islam. It will not take decades to help the suffering Ummah. Any offense will be dealt likewise and we do not lack in bravery and intelligence. It is just that Salauddin of today is imprisoned by his own. Our job is to help that force come out and then it will be our shield against any injustice. Also this will not only provide protection to Ummah, this will become an open invitation to protection and will become a source of further spread.

“The believers in their mutual kindness, compassion and sympathy are just like one body. When one of the limbs suffers, the whole body responds to it with wakefulness and fever”. (Al-Bukhari and Muslim).