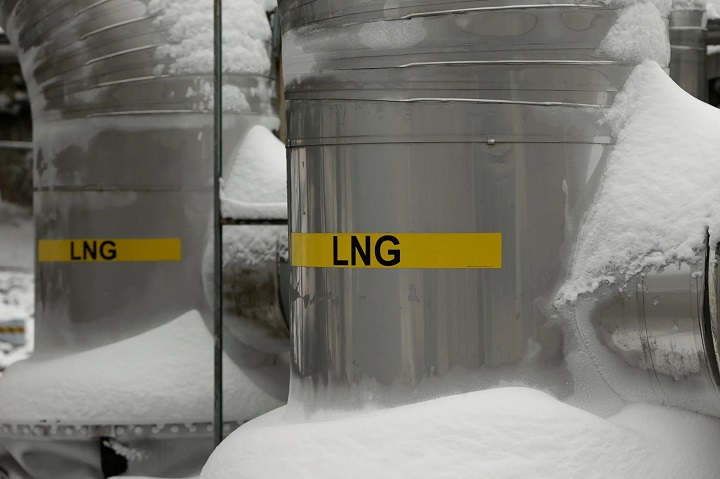 Japan will supply its liquefied natural gas to Europe: representatives of the European Union and the United States addressed Tokyo with such a request. Japan itself imports energy resources, but in the current situation, Tokyo decided to show political solidarity. The first batches should arrive in Europe in March. (ru.euronews)

Since 2008, when the President of the Russian Federation delivered his “Munich speech”, Russia has been trying to reassert itself on the world stage, challenging the unipolar world under the leadership of the United States.

But over the past 14 years, Russia has suffered a clear defeat. Political short-sightedness, which is a consequence of Moscow’s ideological failure, has made Russia an international scarecrow, whose boorish antics are used by the United States to further squeeze the heiress of the USSR and further consolidate the world community around America, especially the countries that are members of the EU and NATO.

The EU, despite the disagreement of its largest donors – Germany and France, is forced to follow the lead of the United States, because Putin’s Russia openly spit on the notorious “European values”. For in this situation, for the EU, common values with the United States are more important than the economic benefits of friendship with Russia.

In this, the United States is supported not only by European countries, but also by countries all over the world, in particular Japan, located on the other side of the globe, whose Minister of Trade explained his decision to supply liquefied gas to Europe as follows: “Japan should support the countries of the G7, especially those who share common values with Japan.”

After the adventurous decision of the Russian Federation in 2014 to annex Crimea and create instability in eastern Ukraine, in the Donbas, Russia’s foreign policy has a serious Achilles’ heel, a slit brow that America, along with its allies, periodically strikes.

Thus, the Ukrainian leadership from time to time voices its desire to withdraw from the Minsk agreements and even, possibly, to start a forceful cleansing of Donbass from pro-Russian militants and separatists.

Russia, realizing that time is playing against it in the Donbass and it is approaching a grandiose fiasco in this region, followed by even greater pressure for the annexation of Crimea, is trying to raise the stakes for the second time in the last year by rattling weapons at the Ukrainian borders.

Perhaps someone will not agree with such conclusions and will argue that over the past 10 years Russia has increased its foreign policy weight and loudly declared itself in the international arena, conducting wise political maneuvers.
But this is nothing more than the dreams of Russian propagandists.

Over the past 20 years, Russia has faced the so-called. “color revolutions” at its borders, actually lost Ukraine, in the Karabakh conflict was forced to surrender its Transcaucasian partner in the CSTO Armenia. Even Kazakhstan, which is the backyard of the Russian Federation and its living space, today, according to the Russian propaganda media, has become a victim of the West’s attempts to crank out another color revolution in it.

“This week, Washington was looking for alternative ways to supply energy to Europe against the backdrop of the crisis around Ukraine. The head of European diplomacy, Josep Borrell, came to the American colleague Anthony Blinken. <…> Also on Monday, US President Joe Biden, who received German Chancellor Olaf Scholz in Washington, openly promised to “put an end” to the Nord Stream 2 pipeline.

Just think, on the other side of the Atlantic, they were looking for alternative ways to supply energy to Europe, and Biden promised to put an end to attempts of economic integration between the EU and Russia.

After that, how can a sane person claim about the revival and rising from the knees of the Russian Federation?
Politically short-sighted Russia has been abusing saber-rattling and ultimatums for centuries, suffering from failures in the practice of political maneuvers.

Nothing expresses the primitiveness of Russian foreign policy like the following words of one of its rulers, the Russian Tsar Alexander III (r. 1881-1894): “Russia has only two allies – its army and navy.”

After the collapse of the USSR and the rejection of communism, when Russia lost its ideological foundation, albeit wrong, the words of Alexander III became the basis of its entire foreign policy. Now Russia prefers not to burden itself with political plans and maneuvers, replacing them with blackmail and threats against its neighbors and the whole world.

Thus, in retaliation for the delay in the implementation of Nord Stream 2, Russia decided to raise gas prices this winter for Europe, and thus further confirmed the fears of the West that this project will be used for blackmail. As a result, the United States led the “rescue operation” of the EU from the cold winter, including even Japan, located on the other side of the world. All this will lead, if not to a complete, then to a significant refusal of the EU from Russian energy resources.

However, this does not mean that the United States is guided by exclusively good goals in this conflict, allegedly taking care of Europe and Ukraine. Far from it. America uses a rabid Russian dog on a chain at the borders of the European Union in order to further tie the countries of the region to itself.

Following words of US Senator Lindsey Graham, spoken by him after Putin’s Munich speech, are eloquent here: “With his single speech, he did more to unite the US and Europe than we could do in a decade on our own.”

Since 2014 Russia has accelerated its movement along this disastrous path, achieving only more accumulation of NATO troops at its borders.

In its foreign policy in the Middle East and Africa, Russia continues to serve US interests, whether in Syria, Libya, Sudan, and now in Mali. This is confirmed by the fact that the US has imposed absolutely no sanctions against Moscow for its activities in these countries. The United States has delegated dirty work to Russia in its own interests, like the bombing of Syrian cities.

In return, Russia hopes to achieve concessions on the Ukrainian crisis, as well as recognition of the annexation of Crimea.

In the past few years, there have been attempts by the United States to use Russia to squeeze China, the rise of which worries last White House administrations.
Thus, in the current confrontation with the West, Russia is on the defensive. To the pressure put on it, it can only respond with a military escalation, which from a tactical position may still be a win for it, but in the long run it will undoubtedly turn into an even greater failure and humiliation.

All that Russia is capable of today is to beat students and young people who took part in protests inside the country, as well as to torture, arrest and imprison its Muslim citizens for double-digit terms, accusing them of extremism and terrorism.