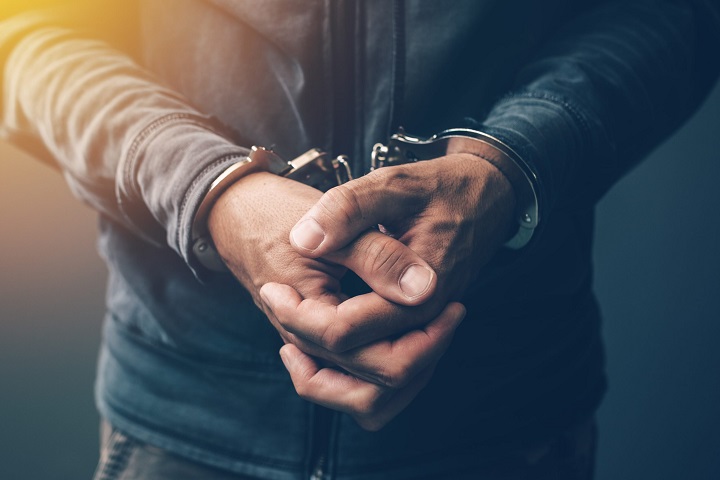 Repeatedly we have warned the public about the dangerous effect of Modi’s hostile policies on the performance of India’s National Investigation Agency. Our press releases issued on 23 April 2021 and on 4 June 2021 explicitly described the dark abyss into which the officials at the NIA (a highly sensitive government entity) is getting itself into… nonetheless “lo and behold” they have done it again!

On 17 Sep 2021, India’s National Investigation Agency (NIA) announced its accusations against Bava Bahrudeen, accusing him of “spreading unacceptable messages on Facebook and holding discussion sessions” regarding the political aspiration for Khilafah (Caliphate) system in the Islamic countries. The agency said that these charges were in line with Indian laws, among other criminal laws. Possession of literature on Caliphate system in printed or digital form and discussions about the same have been provided as evidence of ‘crime’!. [Source: www.nia.gov.in/press-releases/]

As insolent as it sounds, and since the geniuses at the NIA were unable to fulfill Modi’s dreams of criminalizing Islam altogether, it seems that they have opted for “the next best thing”, and that is to criminalize the act of talking and holding discussions about Islam, namely the aspect of the Caliphate.

The actions of the people at the NIA clearly show how far deep their illiteracy goes, on key facts about Islam, Muslims and their history. It seems that the officials in charge at the NIA are oblivious to the fact that the very thing that they have criminalized is one of the three main aspects of Islam itself!… and that is “doctrine”, “law” and “the state”; or what is called in Muslim terms: “Aqeedah”, “Sharia” and “Khilafah”; which also means that the NIA officials are not aware that any serious discussion about Islam, anywhere on the planet, cannot avoid addressing at least one of these three aspects.

So, and in order to enlighten the fellows at the NIA, on how deeply ingrained the Caliphate is in the minds and hearts of Muslims all over the world, we will simply remind them of the fact that the most chosen names of Muslim populations around the world are the names of the first Caliphs and their deputies, statesmen and officers. Names such as Omar, Othman, Ali, Hasan, Husein, Hamza, Khalid, Obeidah, Amr, Huzaifa, etc… are of the most honorable names a Muslim could choose.

As for the other side of Modi’s oppressive rule, is even a darker reality. Modi and his entourage have proven to be but tame followers, and loyal cronies to America’s White House (half a world away). And now the strategic catastrophe that the government in New Delhi is driving India into, is systemically building up into another one of Modi’s historical blunders… much worse than the pandemic disaster that they have created. A disaster great on its own, that it brought onto India and the world a whole new Covid-19 variant, and which deserves to be named “The Modi Variant”.

How is it that the whole world can see? but still the people running the show at the NIA have not been alerted to the threat imposed by the strategic suicide that the government in New Delhi is driving the country into? Everyone is speaking about how Modi’s administration has been bribed by USA’s unspoken promise to turn its blind eye on human rights violations happening in India, in return for fighting America’s war with China and Russia. If the officials at the NIA would wake up and come to their senses, and maybe try and read the latest Hizb ut Tahrir strategic analysis Question and Answer published on 25th of September, they might be able to realize that the government in New Delhi is driving the country right into the middle of what could quickly escalate into a full blown regional war! A dirty war that will only benefit the interests of the White House, while leaving India to pay the price of the conflict.

Wake up and comprehend your affairs, try to stop the locomotive from tumbling into its demise. When the government betrays its responsibilities, it becomes your duty to stop the madness that is driving this country.

Watch how Modi’s administration and the officials running the agencies are conniving to mislead the people of India and its institutions, including the Judiciary and Media. Despite having enough respite to review the literature of Hizb ut Tahrir that is widely available in online and print format throughout the world, including their claims to possess them as ‘evidence of charges’, it has not dawned on them that it can never be construed a crime by any reasoning person. Such persistent institutional failures are surely a symbol of the decadent Democracy, thus driven by colonial and capitalists’ interests. That is why it is no wonder that the recent studies conducted by the Pew Research Center reveal that more than 50% of the world do not believe in Democracy. Such administrations are worse than Dictators for they deceive people with an illusion of rights and free speech. It should have been a matter of zero ambiguity for the NIA or any enforcement directorate, who are aware of their constitution and oath to protect it, that Facebook posts or discussions, whether closed or open door, is not a crime of any sort in India!

It seems that Modi’s India has thoroughly embraced the American War on Terror project, at a time of disastrous American exit from Afghanistan, after 2 decades of destruction where America invaded Afghanistan and Iraq. India seem more than willing to criminalize debate of Caliphate Ruling System in Islam – thus unwittingly serving another disastrous “Make in India” outsourced project to be used in American led strategies against the Muslim world, Russia and China. Perhaps such tactics hide Modi administration’s continuous failures to gain recognition of India made vaccines in the world, the sale of India assets (that belong to the people) via National Monetisation Pipeline project and looming corruption in these projects, its failure to build an independent macroeconomic policy that puts the welfare of its people before American ambitions, its arbitrary interpretation and application of laws that leverages the ever available gaps of man-made democratic laws setting aside all concerned parties, save the capitalists whether domestic or colonial.

Let it be known, that the Ottoman Caliphate or Uthmani Khilafah was indeed a political ruling system of the Muslim world since the time of Prophet and one that had its final capital in today’s Turkey until 1924 when it was abolished after over 1300 years. Further the British attempts to abolish this Caliphate ruling system was seen with disdain by millions of people and foremost in India by prominent Hindu’s of the period such as Lala Lajpat Rai, the editor of the journal Young India, and Gandhi himself who saw in favor the protection and continuation of the Caliphate in Turkey, much to the disappointment of the British who schemed to destroy it. There are thousands of books and literature that covers various aspects of the Caliphate ruling system based on principles of Islam, authored by Muslims and some orientalists. The NIA’s stance, that possession of such literature (about Caliphate) constitutes a conspiracy against India (or any country for that matter) is not just an attack on an aspect of Islamic belief but also an attack on Gandhi himself.

Finally we would like to recall that the Indian Subcontinent was ruled by the justice of Islam, and under the rule of Islam, it witnessed unprecedented peace, security and prosperity. That is why it is in the objective interest of the people of religion in India to maintain good neighborly relations with Muslims, for the Islamic Ummah is preparing for its second revival.