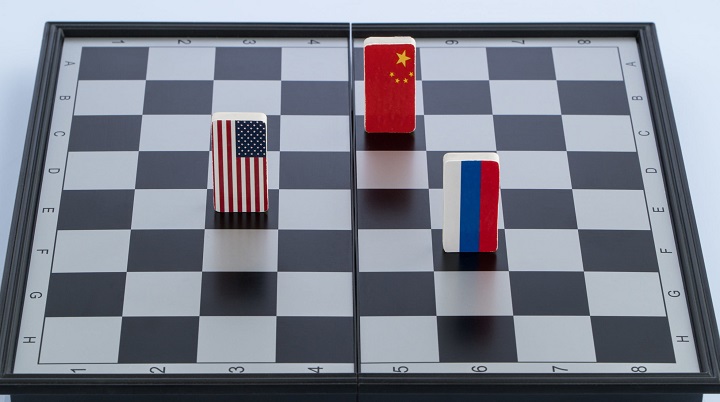 On 28 April 2021, Sergei Shoigu met with Uzbekistan’s Defense Minister, Bakhodir Kurbanov. It was indicated that Russia and Uzbekistan would for the first time develop a military cooperation program aimed at coordinating military relations between the two countries in 2021-2025.

Earlier, on 26-27 April, Sergei Shoigu was on an official visit to Dushanbe and held talks with Tajikistan’s Defense Minister Sherali Mirzo. Shoigu’s visit to Tajikistan coincided with a more serious clash on the border between Kyrgyzstan and Tajikistan. So, the closest view to the truth is that this border clash was organized by Russia! Because this is a warning to Tajikistan by pressuring it to create problems for it to hasten its entry into the Eurasian Economic Union without delay. Putin also informed the Kyrgyz side openly to refrain from leaning towards the West, indicating that the consequences will not be good.

As for Shoigu’s visit to Uzbekistan, it is more accurate to say that it was due to US President Biden’s decision to withdraw his forces from Afghanistan. Because this decision is very much like an excuse for America to find a foothold in Central Asia. Also, whether or not this matter – the withdrawal of forces – will be achieved, it is not yet known. With the withdrawal of American forces, Russia may try to settle in these countries, on the grounds that Afghanistan poses a serious threat to Central Asia.

Russia is also trying to strengthen its position under the pretext of protecting Central Asian countries from such “threats” and by intimidating these countries with the Taliban and the ISIS. For Russia, the growth of American influence in Central Asia, which is a matter of life and death for Russia, is unacceptable. Defeat in Central Asia will be a serious blow to Russia, which is weakening politically and economically and its international influence is collapsing as it suffers from the Ukraine problem. Therefore, Shoigu’s visits to Tajikistan and Uzbekistan are also intended to protect Russian interests and prevent the growth of American influence. In short, Central Asia has become an area of ​​conflict of interest between the United States and Russia. Those who will suffer from this are only the Muslims who live in this region, and their rulers have handed over the rule of the country – in order to preserve their thrones – to the Kafir states and have become slaves doing what their masters command them to do.

Therefore, we Muslims in Central Asia should not be deceived by these artificial and false borders, because we are all brothers to each other, and our real enemies are the Kafir colonialists. And salvation is by realizing their cunning and resisting them. And Allah knows what they are doing.

“Then, do those who have planned evil deeds feel secure that Allah will not cause the earth to swallow them or that the punishment will not come upon them from where they do not perceive? * Or that He would not seize them during their [usual] activity, and they could not cause failure?” [An-Nahl: 45-46].