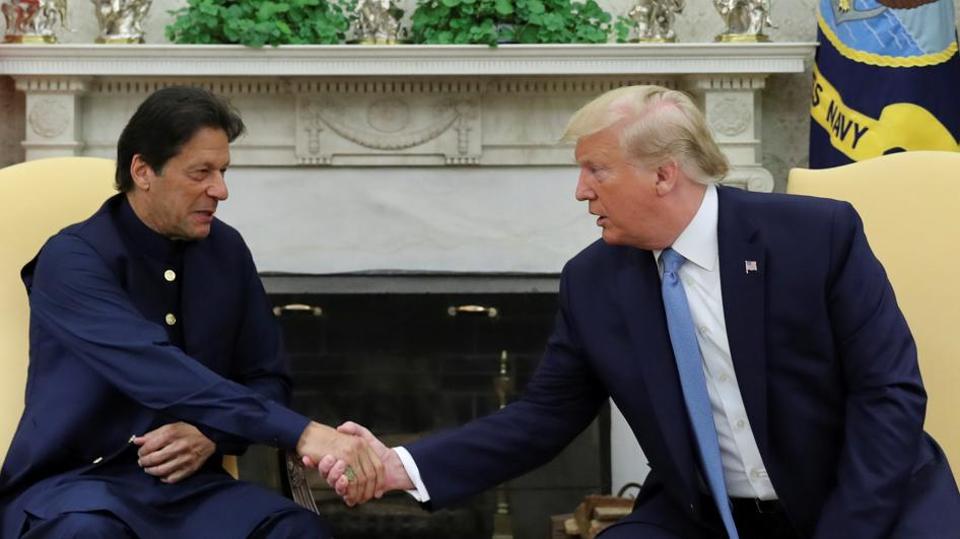 The Bajwa-Imran Regime Bolsters Trump’s Re-Election Campaign by Begging for His Help in Mediation with India and Stabilizing Afghanistan for His Exhausted Troops
The Bajwa-Imran regime met with US President Trump to confirm its alliance with America, the foremost enemy of Islam and Muslims.
Imran Khan reposed his full trust in Trump to normalize relations between India and Pakistan
This is to ensure Pakistan makes substantial political, economic and military concessions to the Hindu State, so that India can rise as the dominant regional power, to counter China and control Muslims on behalf of the US.
And whilst the US stares at certain, humiliating, military defeat in Afghanistan, like Soviet Russia before it, the Bajwa-Imran regime assured Trump that it would do its very best to ensure a political settlement.
O Muslims of Pakistan and their Armed Forces in Particular!
The regime’s falsehood is clear from the economic ruin that the US has unleashed on Pakistan through its colonialist tool, the IMF.

“The example of those who take allies other than Allah is like that of the spider who takes a home. And indeed, the weakest of homes is the home of the spider, if they only knew.” [Surah Al-Ankabut 29:41]

Indeed, there is only one path to strengthen the Ummah, which is her practical unification by the Khilafah (Caliphate) Upon the Method of Prophethood.