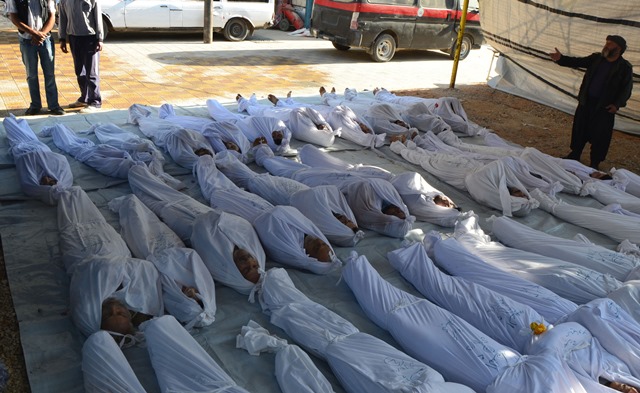 The IINA (International Islamic News Agency) recently published a report that revealed crises and disasters occurring in member states of the Organization of Islamic Cooperation (OIC) and other Muslim minorities last year led to the deaths of 107,902 people and dislodged more than 17 million between displaced and refugees. The report, issued by the Islamic Cooperation Humanitarian Affairs Department (ICHAD-OIC), showed that around 45 crisis and disasters hit 27 Member States including, Myanmar, and Central Africa and some crises and disasters still occur in the Islamic world.  It also stated that 16 crisis and wars occurred in 14 member states, including Muslims in Myanmar and Central Africa, caused the deaths of 101,365 people, while 29 natural disasters occurred in 19 OIC affiliated countries and Myanmar, caused the deaths of 6537 people.

“For Allah, killing a believer is worse than destroying all the earth.” (Narrated by An Nasa’i)

The hypocritical campaign of human rights promoted by the Western countries is simply nonsense for the Ummah of Muhammad. The Western standard of “humanity” is merely a strategy to control Muslim lands. It is clear that the Muslims have been victims and targets of various forms of oppression done by the Kuffar countries and their cronies. The practices of slaughter and repression in Myanmar, Gaza, Syria, Central Africa, Xinjiang, Pattani, Mindanao, are the indisputable proof!

This noble Ummah is the helpless victim of predatory Kuffar rulers who are allowed to exist by the world system that discriminates against Muslims. This Ummah has also been ignored by the Muslim puppet rulers –the colonial remnants of the Western capitalist countries – which their humanity has been aborted by the today’s world system that worships secularism and capitalism. As long as the world system is still as it is today, undoubtedly the suffering of the Ummah of Muhammad throughout the Islamic world would never end. It is because the root problem of all this suffering is nothing but the absence of Khilafah which is the shield for Muslims that would eliminate the hegemony of the Kuffar on the Muslims and protect the honor of Muslim women and children throughout the Islamic world. Recall the words of the Prophet ﷺ:

O noble Ummah of Muhammad! We call you to work with us and support our call as Hizb ut Tahrir with all your efforts, to restore the glorious light of the Khilafah – the system of Allah سبحانه وتعالى — to our lands by convincing your families, colleagues, and networks you have, of the dire need of the return of this state, so that the mercy of its laws will once again grace this Ummah, and shine the world as a beacon of justice for mankind.