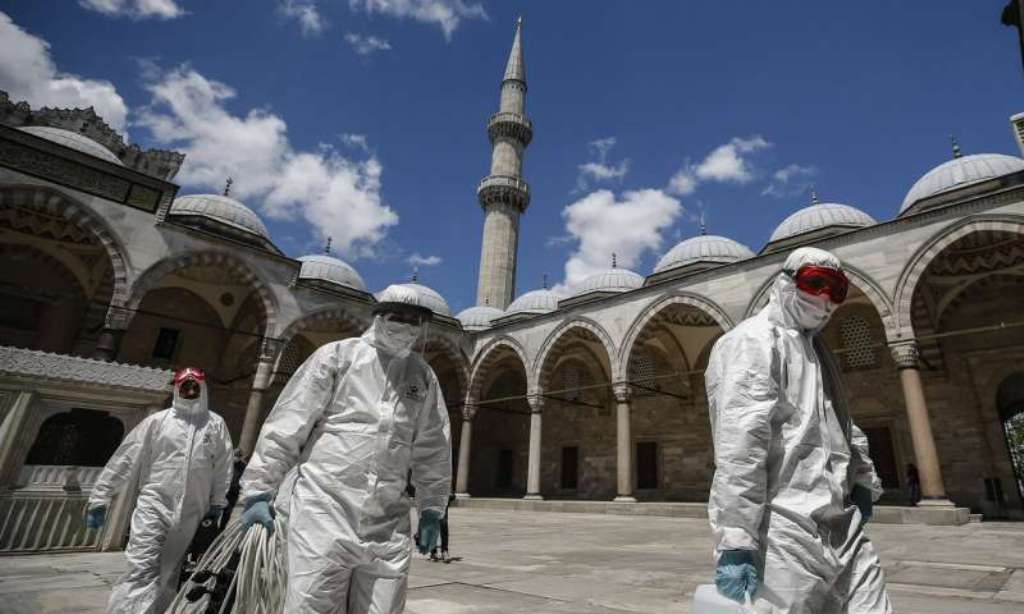 The Coronavirus (COVID-19) epidemic that immerged in the Chinese city of Wuhan on 12/12/2019, has spread to the world, especially Europe and America. The discovery of the first case in Turkey was announced on 11/3/2020. When there was an increase in the rates of infections and deaths, some preventive measures were taken. And there was a rush to close the mosques for the Friday and congregational prayers two days after the announcement of the first case, at a time when many activities that can directly cause the spread of the virus remained unrestricted, and their prevention took a long time.

It is now almost three months, of measures to combat Coronavirus, since the first infection was discovered in Turkey. The shopping centers have returned to their activities, and domestic flights have resumed to their full capacity, the ban on flights and inter-city mobility has been lifted, the preventive distance rule between passengers has been removed, mass transportation has returned to their activities with full capacity, and the curfew has been lifted despite the opinions of the Scientific Council and experts. All this and the officials are still insisting on the Friday and congregational prayers measures! Mosques remained closed to the Friday and congregational prayers since 13/3/2020, and groups were not allowed there until two and a half months later, and for Friday prayers and some of the congregational prayers (Dhuhr (noon) and Asr (afternoon)) in some mosques, but rather in their courtyards, patios, squares, and roads, and the spaces between the rows remained at one or two meters…

We in Hizb ut Tahrir / Wilayah of Turkey consistently emphasized from the start the prohibition of closing mosques to Friday and congregational prayers, and that preventing them is contrary to Shariah rules. that Muslims should be able to perform their worship without neglecting the necessary measures. However, the rulers’ ears deafened to them, neither did the head of religious affairs nor the imams and preachers presented the position of the Muslim that Islam requires, in explaining the Shariah ruling and the solution that Islam brought, and not to fear people’s judgements in their path to please Allah. Rather, these people moved in this matter according to the rulers’ commands without searching for the Shariah ruling, and they thought about their positions and their salaries before thinking of Allah’s pleasure. In the beginning, they rushed to issue a fatwa closing the mosques because the rulers wanted that, and they also opened some mosques in the aforementioned way, and the Dhuhr and Asr prayers excluding the other prayers, at the will of the rulers!

Tourism companies moved and opened hotels, their owners raised their voices, so the curfew was lifted, the requests of hairdressers and owners of cafes and restaurants were answered, and the decision of the curfew taken at the end of the week based on the recommendations of the Scientific Council and the Minister of Health was canceled by the President of the Republic under the pretext of alleviating the suffering of people. There is still talk about expectations of increase in infected cases as a result of the gradual return to normal life. Crowded parks, coasts, squares and mass transportation will return, but restrictions on mosques remains, despite Muslims’ commitment to the measures taken, and they are still closed to Fajr, Maghrib, Isha prayers. Muslims are still deprived of their prayers as required in rows and submission. Mosques are still closed to Fajr, Maghrib, Isha prayers.

And here we say to the rulers: Do not prevent people from the mosques of Allah, and stop practicing what Allah has forbidden, by disrupting the congregational prayers, and create the appropriate conditions for opening their doors to Muslims at all times. And we say to the imams, preachers, people of opinion and the Muslims in general: raise your voices, and demand that the rulers open the doors of the mosques for worships, for Allah (swt) commands us to tell the truth where it is due, and not to fear people’s judgements. We ask Allah (swt) to make this a means for the return of the rule of Islam in all fields of life, that day, the mosque will return to its role, and will return to be the center of the Khilafah Rashida (rightly guided caliphate) State.