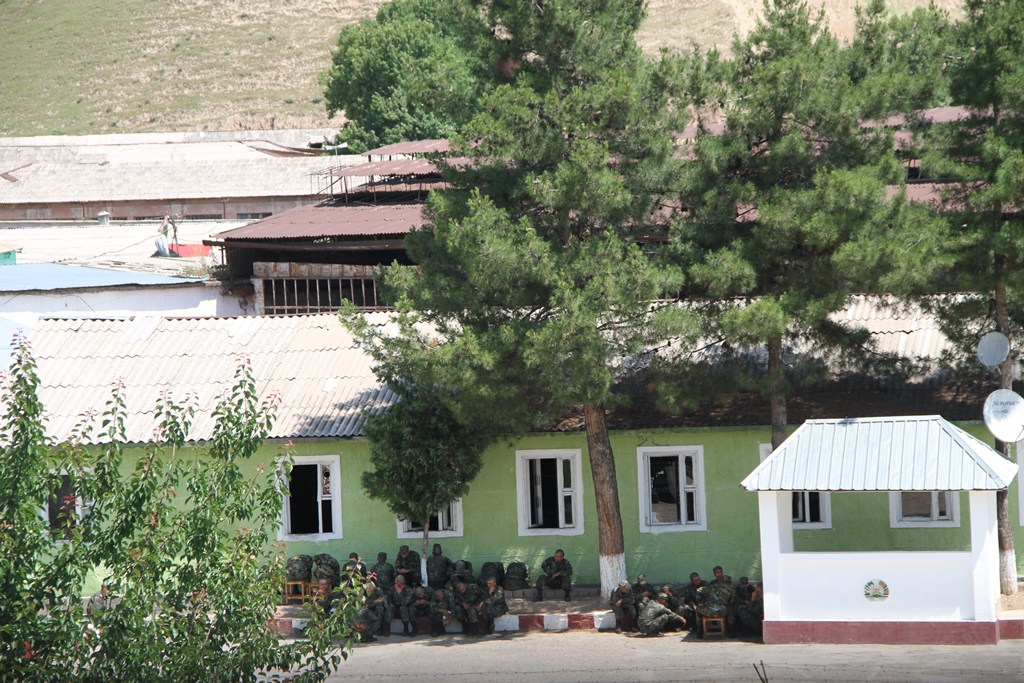 Another massacre took place on the night of May 19-20 in the Vahdat colony No. 3/2 located in the south of Tajikistan in the city of Vahdat. According to the authorities, prisoners serving the prison sentences on the religious articles organized a riot, resulting in more than thirty prisoners killed, including three warders, which is precisely the position taken by the Tajik authorities. Among the dead are the well-known in Tajikistan opponents of Rahmon. The Vahdat colony No. 3/2, better known as the “brick zone”, is traditionally considered to be one of the most severe penitentiary institutions in Tajikistan, where people who directly pose a threat to the regime were always held, including such political prisoners as the enemy of Rahmon and former Minister of Industry Zayd Saidov, the “people’s general” Said Kiemeddin Gazi, who was in opposition back in the ‘90s, one of the founders of the IRPT – Sattor Karimov and many others. By the way, the last two were brutally murdered during the massacre in the colony.

In order to understand what really happened in the Vahdat colony, one should pay attention to the following facts:

1- The massacre occurred immediately after the sharp statement of Rahmon on the fight against terrorism and extremism.

On May 17, i.e. two days before the bloodshed, President Rahmon, speaking in Dushanbe at the conference on “International and regional cooperation in the fight against terrorism and its sources of financing, including drug trafficking and organized crime,” said: “If we bear in mind our region, then it should be noted that the actions of extremist and radical groups also pose a serious threat to the countries of Central Asia. They disguise their mercenary goals with religious slogans and gather their supporters under the banner of the struggle for social justice. However, in reality, they are aiming at changing the secular structure of the states in the region and using all means and methods to seize political power. Terrorists cannot be divided into our and others’, reformers and radicals, good and bad.”

Just two days after the conference, terrible events took place in the Vahdat colony. And then, on May 21, that is, two days after the alleged riot, President Rahmon again raised the topic of the fight against the so-called “terrorists and extremists” at another site, at the ceremony of the 46th meeting of the Council of Heads of Security Agencies and Special Services of the Post-Soviet Countries. “Tajikistan is at the forefront of the fight against terrorism and organized transnational crime and constantly takes practical measures to prevent these devastating threats not only for its security and stability, but also for other states of the region,” he said there.

Thus, the massacre of the convicts under religious articles occurred immediately after the sharp statement of Rahmon on the fight against terrorism.

2- The authorities suspiciously quickly published information about what happened in the colony.

Already on the morning of May 20, i.e. just several hours after the bloody events in the colony, the General Directorate for the Execution of Punishments of the Ministry of Justice of Tajikistan issued a press release detailing the events in the colony. “The organizers of the rebellion were members of the prohibited terrorist and extremist groups, including the “Islamic State”, who were convicted mainly under article 401 of the Criminal Code of the Republic of Tajikistan. The rebels were led by Bekhruz Gulmurod, the son of Gulmurod Halimov, the ex-commander of the special militia forces who fled to Syria and joined the IS, as well as Fahriddin Gulov, Makhmadullo Sharipov and Ruhullo Khasanov. The rebels, armed with knives and sharp objects, first took hostage and brutally killed three employees of the colony — Major Burkhoniddin Murodov, Major Abdujabbor Khalimov and Senior Lieutenant Mahmud Asoev, then released eight extremely dangerous criminals convicted of involvement in the IS from solitary confinements. In order to intimidate and demonstrate their unshakable intentions, 5 prisoners were killed in front of other prisoners, including Said Kiyomiddin Gozi, Sattor Karimov (Makhsumi Sattor) and Saidmahdihon Sattorov (Sheih Temur) and wounded dozens of other convicts, ” – the report said.

For example, after the November events in the Khudzhan colony, the official authorities remained silent for 2 weeks, and it was only on November 23 that they commented on the incident for the first time. And in this case, after a few hours, the official authorities described the full picture of what happened, and even called the so-called “instigator of the rebellion” – 20-year-old Behruz Khalimov, the son of the former colonel of the Tajik OMON Gulmurod Khalimov who left for Syria.

3- The 20-year-old man was “appointed” the instigator of the rebellion.

If you pay attention to the personality of Behruz Khalimov, then he does not have any experience in fighting. He is a simple rural person who was behind bars because of his father who left for Syria. The authorities accused him of allegedly trying to leave for Syria. How could such a young country man lead a riot of such magnitude remains a mystery.

4- It is also surprising that in the course of the revolt of the 1500 prisoners of the colony, it was precisely the ardent opponents of Rahmon and those convicted on religious grounds who were killed. Moreover, according to the investigators, the imprisoned members of the IRPT were also killed by the rebels, which sounds, in the opinion of the former prisoners of the Tajik colonies, extremely unconvincing.

Summing up, we can safely say that the massacre of the Vahdat colony No. 3/2 was, if not organized, then at least provoked by the Tajik authorities as is often the case in the post-Soviet countries. The objectives of such actions by the authorities are different, from the desire of the administration of the colony to “tighten the screws” to more serious political combinations, as was the case in Uzbekistan during the notorious Andijan events. It is certain to say exactly what happened on that day in the Vahdat colony – it’s hard, whether the regime’s political technologists decided to confirm the Rahmon’s words about the danger of “extremist and terrorist organizations” two days earlier, or whether the administration of punishment execution thus fulfilled the command from Dushanbe. However, the fact that the well-known and resonant personalities were killed during the rebellion suggests that the decision was made at the highest level.

It is also intended that the events in the Vahdat colony, especially in the light of the previous rebellion in Khujand, demonstrate a clear signal: the regime does not intend to limit itself to imprisonment for political and religious activity – the regime is ready to kill, massively and mercilessly, not paying attention to the grief of the families, neither to the tears of the mothers, nor to condemnation from the people of Tajikistan.