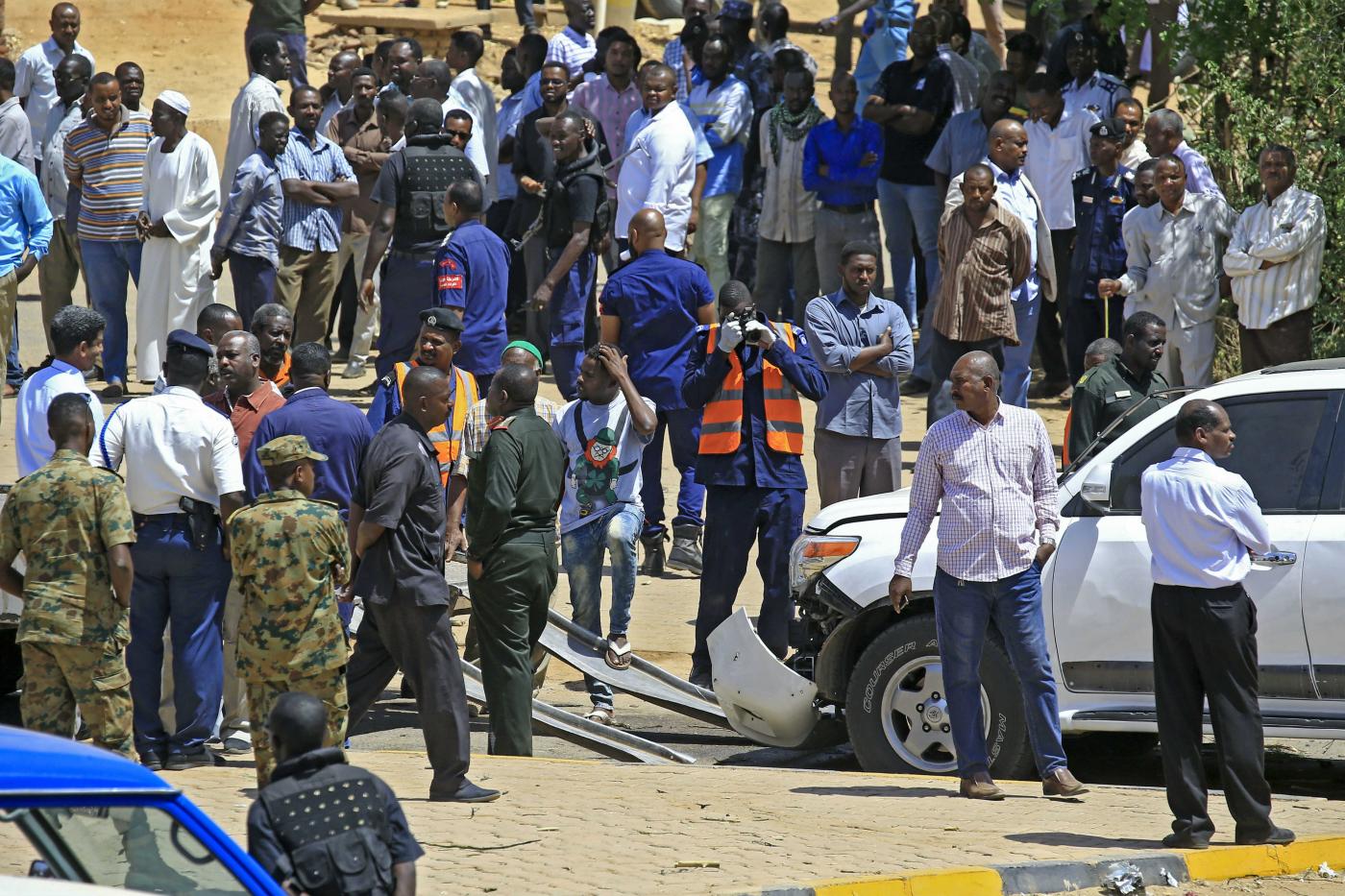 A while ago, the satellite channels reported the news of the assassination attempt on the Prime Minister Abdullah Hamduk, after he left his house by detonating a car near the Kober Bridge.

This strange news comes, at a time when people are fed up with poor transportation, lack of fuel until the streets are filled with cars in search of gasoline and petrol, the difficulty of obtaining a piece of bread, crazy price increases, especially necessary commodities such as sugar and milk, and the pound falling horrifically in front of the dollar to the extent that it has reached up to 120 pounds per dollar, as there was no gas, and electricity cuts abounded badly, so why would one of them assassinate a prime minister of a failed government by any measure that could be overturned by its failure?! Who wants to bring life to the Transitional Government while it is in its last breath?!

Many of the assassination attempts are made by agencies specializing in dirty work in countries facing issues that can bring down their governments, for several reasons, including:

Capitalist countries such as America, France, Russia and the like have excelled in their intelligence services in these dirty deeds, and since the governments in our countries are linked to these countries, it was natural that they would be affected by these methods, in light of the permissibility of the embassies of the colonial countries of these governments, and perhaps many statements confirm the intervention of embassies in the internal affairs of our countries until its agenda is achieved.

The acts of bombings are cowardly and despicable acts that can only be carried out by someone who has a disease in his heart, and he knows that his agenda can only be implemented by turning and going round, deceiving and misleading people …and All Praise is due to Allah that the awareness of the Ummah of Islam has risen after the great crimes committed by the unjust regimes and their dirty devices.

We ask Allah (swt) the Almighty to expose the oppressors whoever they are, reveal the facts, and secure people in their stay and their departure, and establish for us a dear and honorable state that establishes Islam and applies its law, so that the promise of Allah Almighty and the good tidings of His Messenger, be fulfilled, to establish a Khilafah Rashida (a rightly guided Caliphate) on the path of Prophethood, so that the people are safe when the dens of terrorism are closed; embassies of America, Britain, France and other colonial countries, and the suspicious people who used to visit these embassies are kept under surveillance.

Allah (swt) said: الَّذِينَ آمَنُواْ وَلَمْ يَلْبِسُواْ إِيمَانَهُم بِظُلْمٍ أُوْلَئِكَ لَهُمُ الأَمْنُ وَهُم مُّهْتَدُونَ “It is those who believe (in the Oneness of Allah and worship none but Him Alone) and confuse not their belief with Zulm (wrong i.e. by worshipping others besides Allah), for them (only) there is security and they are the guided.” [Al-An’am: 82]