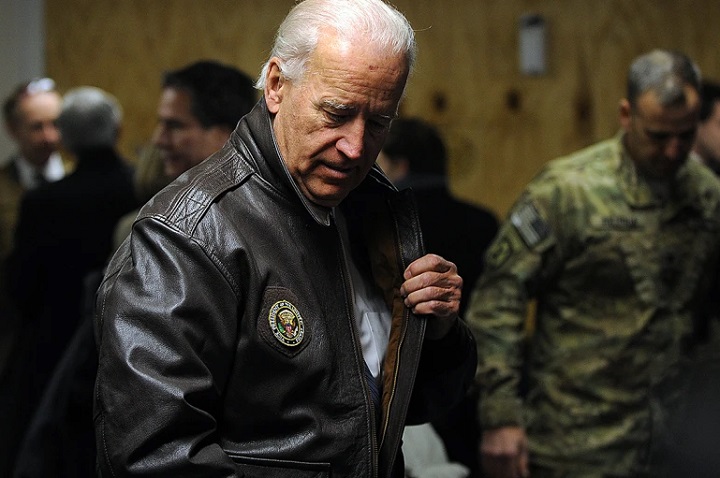 Biden’s decision once again proved that the US and the West are the main [ideological] enemies of the Muslims of the world and Afghanistan as this Executive Order revealed the grave scale of his enmity, confiscation, and oppression against Afghans. In fact, after the military defeat and humiliating escape of US from Afghanistan, the US is now trying to take revenge from Afghan Muslims as well as seeks ways to gain colonial influence in Afghanistan.

“And they will continue to fight you until they turn you back from your religion if they are able.” [Al-Baqarah: 217]

To achieve this, the US first intended to freeze the monetary reserves of the world’s poorest country which was aimed to weaken the current Afghan government through sanctions, pressure, stealing the assets, and drying up of revenue and financial resources to enforce them acknowledge the Western values and political and intelligence demands. The US keeps exerting pressure simply for one key reason: to avert the establishment of an Islamic power and Islamic State in Afghanistan. Such a power will indeed turn into a source of despair for infidel governments and a cradle of hope and inspiration for other Islamic lands.

Under the pretext of the mysterious 9/11 attack, the US waged a brutal war against Islam and Muslims, which in the very beginning resulted in the occupation of Afghanistan, turning this land into a lab of various kinds of weaponries. By dropping more than 85,000 bombs over thousands of Afghan villages, the US heinously killed hundreds of thousands of Afghans. After 20 years of a filthy game over the blood and values of the people, the US is now stealing their property. To be fair, however, it should have been the US to pay the reparation mainly because of killing more than a million innocent people in the aftermath of 9/11 in Afghanistan, Pakistan, Iraq, Syria, Libya and other Islamic lands under the guise of ‘war on terror’ agenda.

Monetary colonization is another means of American colonialism. To ensure the survival, stability, and growth of American power, the US has made the entire world to feel dependency on US dollar as Afghanistan is financially stuck in this colonial trap, too. Whereas, Islam has instructed us to stand against the occupation as well as the order, system and laws of the infidels, and such a resolution must be exercised in every arena of life so that the Muslims are free from the domination of the infidels in all matters and there is no way left for them [infidels] to gain influence inside Islamic communities. The monetary independence is possible only with the full implementation of Islamic system by adopting the Gold Standard, which, on the one hand, is the guidance of Islam, and on the other, it is only the gold and silver [currency] that we can use to resist the US dollar colonization. In fact, it is the current international order and laws that give the great powers the courage and permission to carry any form of sanctions, criminality, and pressure against Muslims. In this global order, the bloodthirsty America functions both as an eyewitness and a judge as well as a criminal and a victim.

The current leaders and rulers of Afghanistan must realize that the only way out is to instantly establish the Caliphate [Khilafah], get united with the Ummah, ensure the comprehensive implementation of Islam, and extend the call of Islam by Dawah and Jihad. Afghanistan, under its current geography and current resources, will never ever be able to stand alone against such vast scale of political and economic conspiracies. Therefore, it is vitally crucial to work for the unity of Afghanistan, Pakistan and Central Asia under the umbrella of an Islamic leadership in order to respond back to the arrogant of time. Allah (swt) says:

“O you who have believed, if you obey those who disbelieve, they will turn you back on your heels, and you will [then] become losers.” [AaI-i Imran: 149].