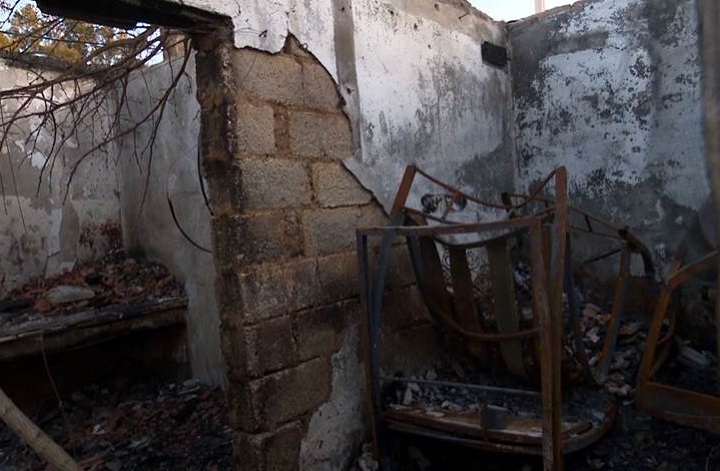 On December 21, 2021, the Syrian Observatory for Human Rights issued a statement saying that three young Syrian workers had been burned to death alive in Izmir Guzelbahce. Memun En Nebhan was 23, Ahmad Al-Ali was 21, Mohammed Al Hussein was 17 who were burned. According to the statement, this incident happened on November 16, but the Turkish public opinion came to know about this incident on December 21. The person who burned these three Syrian youngsters in their sleep by pouring gasoline, claimed that he worked for JITEM before and took part in special operations of the state. However, the police as well as the Turkish media presented the person Kemal Korutmaz, who planned and executed this murder, as insane and saw it like that. Kemal Korutmaz had shown that he actually planned this murder by saying “these Syrians will die” to the boss of the Syrian youngsters he burned to death.

They show awareness in the topics where only Turkish citizens are victims in topics with respect to Syrians and refugees of the Turkish public opinion, and froth up the refugee hostility. However, they see no evil, hear no evil, speak no evil when Syrians or refugees are the victims. If these three people who were burned to death in Izmir were not Syrian, but American, British, German, French or citizens of any European country, it would be spoken about in the media for days. The topic would hit the headlines of newspapers, and television shows would focus on this issue. But sadly, when the victim is a refugee, everyone is silent and cowering. Because for the media, the state, the police, or the judicial bodies, it doesn’t matter if three Syrian teenagers are burned to death.

Who is the one sowing the seeds of hostility of this kind, feeding this hatred, this fight towards the Syrian emigrants in Turkey? Prof. Dr. Umit Ozdag, who is an MP and newly established a party named Zafer (Victory)… There are also other politicians like this who are anti-refugee. They feed the hostility towards Syrian refugees everywhere they go, in every meeting they talk, in every statement they make, in every sentence they form and every word they say. This MP named Umit Ozdag, who is the chairman of the Victory Party, entered a jewelry shop on December 27, 2021 when he was touring in the downtown for electioneering. He asked this Syrian jewelry dealer to show his tax board and identity card. He was interrogating, and asking why he doesn’t speak Turkish. Then, he filmed and shamelessly broadcasted it and by doing so, he segregates. The Turkish public opinion, institutions, officials and rulers are just watching what this man does. In this manner, they encourage these and other anti-refugee mentalities.

The mindset that feeds this hostility towards refugees in Turkey certainly does these things by taking comfort in the national and domestic policies of the government. In particular, the MHP, a partner of the People’s Alliance, follows a divisive policy among all people living in Turkey. President Erdogan is already running the Syrian issue on the American line in foreign policy and by lying to all Syrian people, he betrays their revolution and self-sacrifices. He’s using the refugee issue in foreign policy as a blackmail tool to get money from Europe. The fact that Ak Party and Erdogan adopts the Syrian issue and refugees is totally political. These uncandid policies of the government further encourage the Syrian and refugee enemies in Turkey.

Therefore, Muslims should be smart, sensitive and prudent in this matter. They should not listen to those who try to hostilize Muslims by dividing them into nations and borders. Because we are one Ummah with Syrians, Palestinians, Afghans, East Turkistanis. Our lands are one as our Deen is one, our borders are one as our Lord is One, our values, our wealth are one as our Rasul is one! Then they should know well those who try to turn Muslims against Syrians with fascist, nationalist, patriotic, racist propaganda. Because they don’t want our brotherhood, our togetherness. Allah’s grace is wide, these lands belong to us all and with the permission of Allah, these borders will be lifted soon by Al-Khilafah Ar-Rashidah (rightly guided Caliphate), we’ll have one state as we used to have.