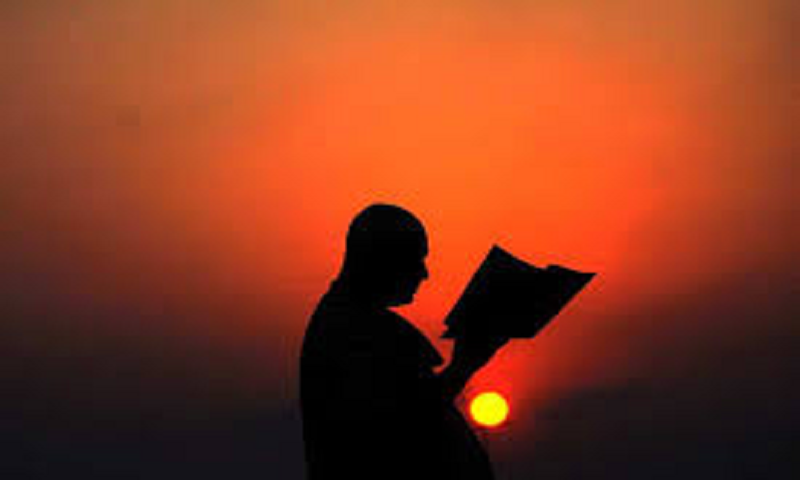 Allah (swt) says, يَا أَيُّهَا الَّذِينَ آمَنُواْ كُتِبَ عَلَيْكُمُ الصِّيَامُ كَمَا كُتِبَ عَلَى الَّذِينَ مِن قَبْلِكُمْ لَعَلَّكُمْ تَتَّقُونَ “O you who believe! Fasting is prescribed to you as it was prescribed to those before you that you may become Al-Muttaqun (the ones with Taqwa (piety)).” [Al-Baqara: 183]

As individuals, we have goals that we seek to achieve each day of our lives, whether in our education, at work, at home, with our family or children, or other aspects of our life. But what is the goal that we seek to achieve in Ramadan and how should that goal affect the rest of our lives? In the verse above, Allah (swt) tells us that the aim of fasting is to become the ones with TAQWA. But what is Taqwa? And how do we become the ones who are Al-Muttaqun?

Indeed, becoming the Muttaqun should be the aim of every Muslim, for these are the ones whom Allah (swt) loves, and has promised support, mercy, forgiveness, great rewards and Jannah as well as protection from harm and help to do the righteous deeds. They are also the ones to whom He (swt) describes as His Awlia’. Allah (swt) says,

“Lo! Those who feared their Lord in secret, theirs will be forgiveness and a great reward.” (Wa Ajrun Kabeer)” [Al-Mulk: 12]

“For those who fear Allah will be gardens in the presence of their Lord beneath which rivers flow, wherein they abide eternally, and purified spouses and approval from Allah. And Allah is Seeing of [His] servants.” [Al-Imran: 15]

“But yes, whoever fulfils his commitment and fears Allah – then indeed, Allah loves those who fear Him.” [Al-Imran: 76]

“And whosoever fears Allah and keeps his duty to Him, He will make a way for him to get out(from every difficulty). And He will provide him from (sources) he never could imagine. And whosoever relies upon Allah, then He is sufficient for him. Indeed, Allah will accomplish his purpose. Indeed Allah has set a measure for all things.” [At-Talaq: 2-3]

“Indeed, they will never avail you against Allah at all. And indeed, the wrongdoers are allies of one another; but Allah is the protector of the Muttaqeen.” [Al-Jathiya: 19]

Surely then, becoming Al-Muttaqun should be the yearning desire of any sincere Believer. But who are the Muttaqeen; and what are their qualities and characteristics?

We may think that the ones with taqwa or the pious are those who spend a long time in prayer or in the mosque, or who do a lot of dhikr and dua, fast a lot, wear certain religious attire or who live with few provisions. If we have this view, then it may be these actions that we spend our time upon or strive to do more of to gain taqwa. However, is this how Islam defines what taqwa is?

Umar ibn Al-Khattab (ra) once asked Ubay ibn Kab (ra): “How would you describe taqwa?” Ubay replied, “Have you ever walked through a thorny path wearing a long, loose flowing garment?” Umar replied “Yes”. Ubay then asked, “What did you do?” Umar replied, “I wrapped the garment tightly around me so that it would not touch or be ripped by the thorns and then made my way carefully along the path.” Ubay replied, “This is Taqwa.”

Taqwa is therefore to move carefully and cautiously through life to avoid falling into sins. It is a high state of consciousness of Allah (swt)’s Presence and Knowledge that shapes all our actions and affairs, and that motivates us to fulfill ALL His commands and avoid ALL His prohibitions.

The word ‘Taqwa’ is derived from the verb ‘Waqiya’, which linguistically means to protect oneself. The classical scholar of Islam, Al-Haafith ibn Hajar al-Asqalani, described taqwa as placing a barrier between ourselves and the Punishment of Allah.

Therefore, the one who has taqwa has a constant awareness and fear of Allah (swt) that acts like a shield that protects him or her from the Anger and Punishment of their Rabb  – a fear that pushes them to be His devoted slaves in all matters of their life through complete obedience to His(swt)’s Laws and Limits.

“O you who believe! Fear Allah as He should be feared and do not die except as Muslims”.

“O you who believe, fear Allah and let every soul see what he has sent forward tomorrow. Fear Allah! Verily Allah is aware of what you do…” Regarding this ayah, Ibn Kathir says, “Allah commands us to fear Him, this includes doing what He has ordered and refraining from that which is reprimanded….”. The scholar Al-Hasan al-Basri said, “The people who have Taqwa (al-Muttaqeen) are those who avoided whatever Allah (swt) has prohibited and act upon what he has commanded.” And the great Khalifah Umar ibn Abdul Aziz stated, “Taqwa is not by fasting the day and not by praying the night. And its not by mixing between the two of them. But, taqwa is leaving what Allah (swt) has made Haram and by doing what Allah(swt) has made fard. After one has done this, Allah (swt) will provide good things for that person.’

The Muttaqeen are therefore the ones who are mindful of their duty to Allah (swt) and obey Him in ALL actions, issues and fields of life – spiritual, moral, social, economic and political. Umar bin Al-Khattab (ra) once looked at those praying and said, ”The great number of times any of you raises and lowers his head does not deceive me. The [real] Deen is being cautious and meticulous in the Deen of Allah, and refraining from what Allah has forbidden, and acting according to what Allah permits and forbids.”

– the one with taqwa is not only the one who prays and fasts but also the one who treats their husband, wife, children, parents, and relatives with kindness and gives each their right from Islam;

– the one with taqwa is not simply the one who stays up in Qiyaam, reciting Qur’an and performing dhikr and extra prayers but the one who abides by the Islamic dress and the Islamic social laws in their interaction with the opposite sex;

– the one who has taqwa is not just the one who gives sadaqa but the one who deals with his business and money according to Islam – keeping away from riba and abiding by the Islamic economic contracts and laws;

– the one with taqwa is not the one who stays on the prayer mat or in the mosque, while keeping silent on the butchering of our Ummah in Syria, Palestine, Myanmar and elsewhere but speaks out against this atrocity and stands against oppression as Allah (swt) orders;

– and the one with taqwa is not the one who only accounts those who do not pray, fast, or cover but rather the one who raises his or her voice to fulfil the obligation of accounting the Muslim rulers today; the one who speaks out against their corruption and implementation of kufr in our countries; and the one who carries the Dawah that calls for Allah (swt)’s Laws to rule in our Muslim lands through the establishment of the Khilafah state based upon the method of the Prophethood – as commanded by Allah (swt)

In conclusion, Taqwa is like a key that unlocks the doors to the Pleasure of Allah (swt) and the door to Jannah – but like any key, it is difficult to unlock a door unless every tooth on that key fits the lock. Likewise, it is difficult for us as Muslims to unlock the door to Paradise unless the obedience to Allah (swt) is upon every action we do, and upon every law that we follow. It is only by re-establishing the System of Allah (swt), the Khilafah (Caliphate), that implements every single Islamic Law, that we as an Ummah will be able to live completely in obedience to the Commands of our Rabb (swt).